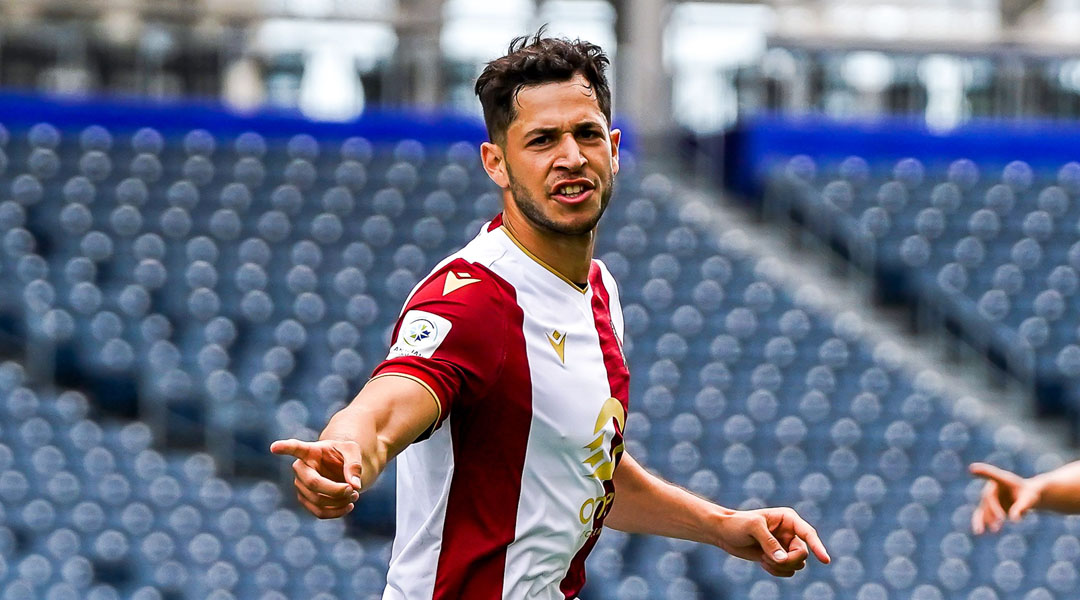 The first match of the season for Valour FC and Forge FC saw the battle of the status quo go in favour of the Winnipeg-based hosts.

An outstanding performance from Austin Ricci saw Rob Gale’s side achieve a 2-0 victory over Forge FC, who had a slow start that will raise questions about whether the club’s extremely short preseason was too much of a disadvantage.

The upset got underway early, with Ricci running into the Forge box after receiving a nice lead ball in the game’s sixth minute. He was then taken down by Dejan Jakovic, who got a yellow for the foul as referee Filip Dujic pointed to the spot.

Ricci continued to cause problems for the Forge backline, intercepting the ball from Daniel Krutzen on the right flank and carrying it between two defenders to fire home a close left-footed shot beyond Henry in the 26th:

With Forge FC a little rattled, the match continued to heat up with a small altercation between the two sides that saw both Kyle Bekker and Daryl Fordyce collect cautions from the referee.

Valour FC left-back Brett Levis was forced off the pitch in the 35th minute having gone down clutching his left hamstring, with Gale forced to replace him with Cuban international Andy Baquero.

Forge came inches away from pulling one back just before half time, with Sabak feeding a tantalizing air ball to Babouli, though the striker’s jump was just an inch or two short from reaching the pass.

The second half saw Ricci start off hot with another great run down the right flank, with the 25-year-old crossing in a ball that Sean Rea just couldn’t find attach himself cleanly to on the other end.

Forge FC head coach Bobby Smyrniotis didn’t shy away from making changes as the second half wore on, bringing off Tristan Borges and Paolo Sabak for Elimane Cisse and Chris Nanco in the 58th minute.

Ricci then popped up a highlight moment again, gaining possession and firing a quick effort from the centre-line after seeing Triston Henry out of position – though the bold effort went wide.

The forward’s night game to an end in the 68th minute, with Gale handing William Akio his debut to give Ricci’s legs a rest.

Chris Nanco rattled the crossbar three minutes from time, with mere inches stopping the Forge midfielder from pulling one back for his team.

The hosts continued to stay solid at the backline, often forcing the reigning Canadian Premier League champions to play within their own half. The final minutes of the match saw the tempo slow down, with Rob Gale’s side collecting all three points in what will be seen as a big upset.

The match marks the first time Valour has collected a win over Forge, with the Winnipeg-based evidently raring to continue its year-over-year improvements under coach Rob Gale.

Valour FC will now take on the Halifax Wanderers on Wednesday, while Forge FC will have an extra day of rest before they take on FC Edmonton on Canada Day. Both matches will be available live on OneSoccer.