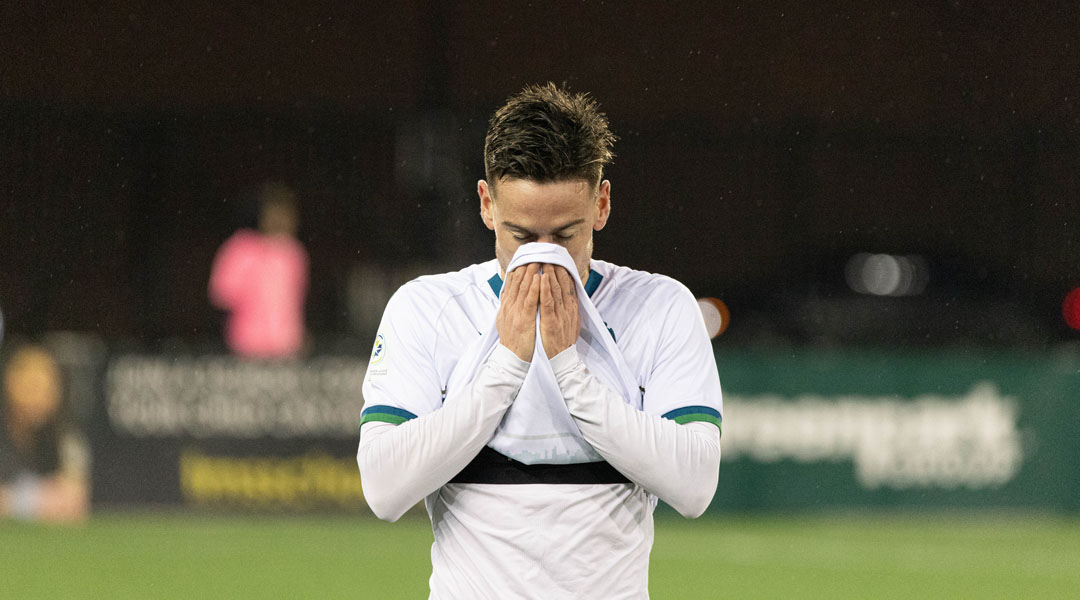 Following Pacific’s win over the Halifax Wanderers tonight, the Nine Stripes have now been officially eliminated from playoff contention.

Martin Nash’s first season in charge of York United has seen the club establish itself as a dangerous side on a good day, but the club will miss out on playoffs just one season removed from a surprise inclusion in 2021.

A late season resurgence in form wasn’t enough to keep the club’s playoff bid alive, though it beckons hope for a stronger season come 2023.

It’s been a real rollercoaster ride for fans of the Nine Stripes: the club’s injury count peaked at eleven concurrent players this year, with three of the roster suffering season-ending injuries and a string of development and emergency contracts seeing some fifty players suit up for York United at one point or another this year.

While York United looked capable of beating any club on a healthy day, those stretches came too few and far between: a desolate spell between May 15 and July 16 saw York go winless in ten matches and score just three goals in that time.

By contrast, the team was one of the best performers league-wide in the time since.

The club can look back on its capture of Osaze De Rosario as an absolute highlight, with the striker proving a golden boot contender who seems to play above the CPL level. Similarly, midseason reinforcements with the likes of Tass Mourdoukoutas and Ronan Kratt have been a great boost to an off-depleted Nine Stripes selection, with Molham Babouli adding an immense layer to the club’s attack – it just came too late in the season.

Given that York United has a full selection of internationals, there are some choices to make as to whether FC Edmonton loanees Tobias Warschewski and Azriel Gonzalez might be worth roster space at York Lions Stadium next year. Similarly, there appears to be a competition between Oliver Minatel and Michael Petrasso for a roster spot, leaving Nash and his staff with big choices to make.

The mid-season transfer of Cedric Toussaint remains a head-scratcher, though the club did well to capitalize on the sales of both Diyaeddine Abzi and Lowell Wright, both of whom were missed on the pitch throughout the season as a whole.

The Nine Stripes have been the most active CPL club in the transfer market for two years running now, and fans will be hoping that the pieces are finally slotting into place. With the foundation for more stability next year, the expectations are clear: this is a team that fans expect to make playoffs, and the club’s attendance numbers could use a boost from those kind of results.

York United now becomes the third Canadian Premier League team to officially get eliminated from playoff contention, with an ownerless FC Edmonton side having been the first and the Wanderers falling tonight as well.

It becomes the second time a Pacific win against another club has eliminated York United from contention, with 2020 seeing a win over the Eddie’s eliminated the club back then, too.

With Atletico Ottawa having qualified, it’s looking like Forge and Cavalry will follow suit shortly with one of Pacific and Valour vying for the final spot.