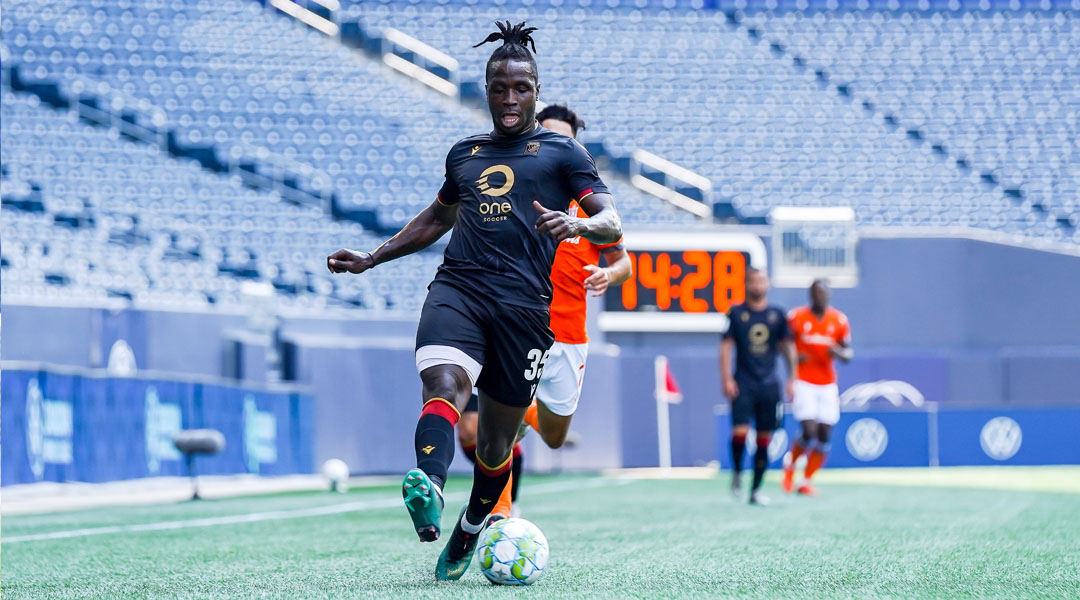 While the Canadian Premier League had shifted some matches due to an extended heat wave in Winnipeg, today saw Valour and Forge take to the pitch amid an ongoing local heat warning that saw temperatures hit the mid 30s – and the players aren’t happy about it.

While Valour edged out the reigning champions through a wonderful strike from Austin Ricci, some players looked to be struggling under the early afternoon sun as match played out on the hot turf pitch of IG Field.

After the match, head coach Bobby Smyrniotis made mention that the conditions being placed upon the league’s players were extraordinary, especially in tandem with the congested nature of the The Kickoff:

That’s the challenge when you’re playing 63 hours between games: this isn’t normal for football players in any part of the world to be playing like this, and that gets compounded with the 35-40 degree heat on the pitch. That’s something we’ve got to look at because we go into our next games always playing on three days rest against teams that have a full 24 hours on us, and in this environment that makes a massive difference.

Forge’s Kwame Awuah took to Twitter to voice his discontent, stating that he was convinced his feet were burned from playing in the early afternoon match.

His teammate Chris Nanco noted that his side perhaps lacked a little bit of fight on the day, suggesting that the heat may have had something to do with the collective performance, though he feels the club deserved a better result. The midfielder had collected an off-the-post rebound from Molham Babouli in he second half, with his shot being cleared off the line by Jean-Baptiste.

The Valour defender had also taken to Twitter to convey his thoughts on playing under such conditions, and he was very up front about it:

The post-game media scrum had begun with head coach Rob Gale downing a bottle of water, with the club gaffer also recognizing that the team came into the match knowing the heat would be giving the players a difficult time:

We knew it was going to be a tough one in the heat, but I thought we’d done enough, created enough opportunities to create some really good chances, the best chances of the game, and then what a goal to win it. Deserving of a winning goal.

This marks the second array of discontent voiced by players in just as many days, with several athletes taking shots at the league for teasing the 2021 Canadian Premier League schedule set to drop tomorrow whilst many of the athletes still remain in the dark about it as a whole. Sergio Camargo, Nathan Ingham, Dylon Powley, and others chimed in, showing an increasingly vocal unrest amid CPL athletes.

The league had been criticized for not involving players in scheduling plans prior to Winnipeg’s The Kickoff bubble, with Sergio Camargo dropping a rumour-bomb on Twitter in protest to being kept in the dark. The athlete later described that players had to beg just to find out information on the bubble segment a day or so in advance, though it appears that athletes aren’t much more in the light for the next schedule update, either.

The Canadian Premier League has been under mounting pressure to recognizing PFA Canada, which hopes to collectively represent the league’s athletes and bargain on their behalf. At last check, a source closer to the matter has indicated that league officials had yet to try to involve the union, with ‘no meaningful consultation’ taking place about the matter.

With the bubbled segment of the 2021 Canadian Premier League season set to conclude in two week’s time, all eight Canadian Premier League teams appear poised to enjoy home markets and, crucially, open up the gates to fans once again. It’ll likely make for a less congested schedule, but until then all eight teams still find themselves in the thick of it in Winnipeg, Manitoba.