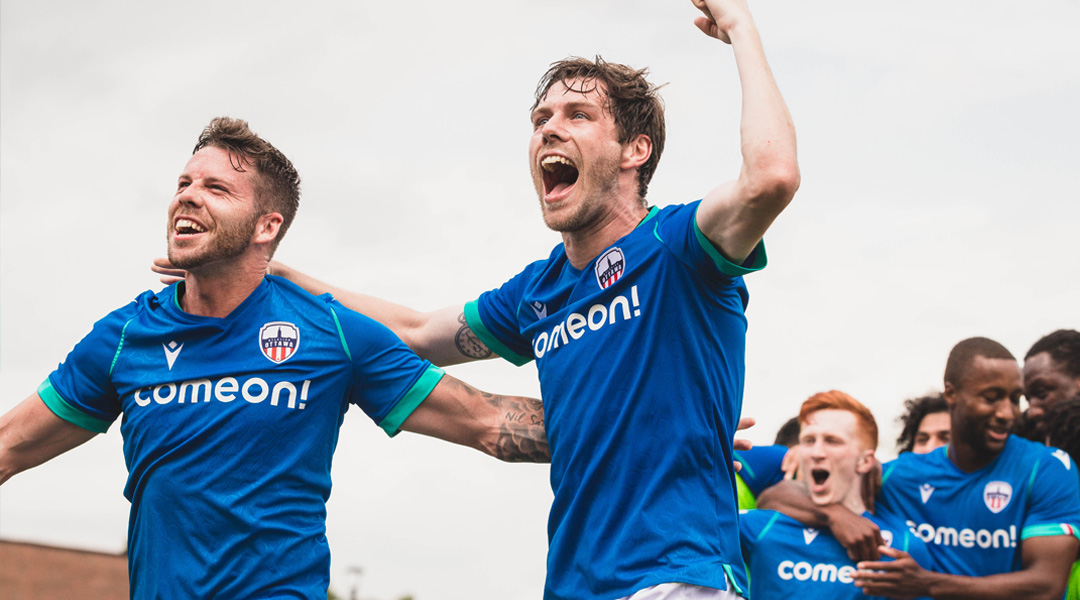 Atletico Ottawa pushed beyond a beleaguered Nine Stripes side last night to claim three points and, in the same instance, leapfrog both Cavalry and Pacific all the way to the top of the table.

The 3-0 victory also saw Nathan Ingham take the lead in the golden glove race, with Carlos Gonzalez‘ side looking firmly in control as they finally bested York United on their eighth attempt. That statistic alone is a testament to the remarkable turnaround shown by the capital city club this year, with Ottleti truly hitting a groove under Gonzalez.

Team Captain Drew Beckie expanded on the success, stating plenty of it was all down to a drastically improved squad mentality – something they openly struggled with last year.

“A lot of it is credit to the staff, the emphasis they put on the tactical work we do, the video we’re watching, but it’s also a lot to do with mentality. Guys are willing to do the work, and that comes down to Atletico culture. Some people say we sit back, but we’re not conceding goals. We’re doing better at getting the press up, and sometimes we’re okay suffering a little bit.”

Indeed, last season’s Atletico Ottawa saw a midfield that lacked creativity and urgency, and so they suffered quite a bit under sustained pressure. This season has seen that press upwards improve significantly, with Atletico Ottawa probing on fast counters through shifting lines, strategic aerial balls, and sharp play through both the middle of the park and the flanks. They’ve found consistent success in carving out their opposition’s pressure points.

While it’s fair to point out they haven’t outscored any of the other top four teams, they certainly know how to etch out results: they’ve claimed just as many wins as Pacific, Cavalry, and Forge, with the top four all accumulating eight apiece. Atletico Ottawa’s goals conceded is the second-least in the league at 15, just two more than Forge.

Sure, they can suffer a bit at times, but they push back – a key differentiator between this team and, say, a struggling Halifax Wanderers side that still looks somewhat lost without Joao Morelli.

With the high-profile offseason capture of Nathan Ingham, a back four typically consisting of former Forge left-back Maxim Tissot, Atletico Madrid loanee Diego Espejo, and Ottawa familiars Drew Beckie and Miguel Acosta have helped stem last year’s leakage. It’s fair to say most of the club’s off-season additions are panning out, with perhaps the brightest example of them all being Ollie Bassett.

When the former Pacific man joined Ottawa, we detailed the why behind his move from first to worst, with his quest for playing time now proving to be a crucial boost for the capital city. Bassett has scored in just about one third of his appearances this year, with the midfielder leading Ottawa’s goal charts. He’s a regular feature in the CPL’s team of the week, and at the midway point of the season he’s certainly an MVP candidate.

That isn’t to say Atletico Ottawa isn’t without faults: the club has significant lagged in procuring domestic U-21 minutes, which is why the recently took in Whitecaps FC 2 prospect Owen Antoniuk. The second half of the season will need to see more trust in the kids, with the team also facing a 37 day gap between home matches at the tail end of the season.

Regardless, this is a moment that has been a long-time coming for the Ottleti faithful: they’re top of the league, and they deserve to be there. If they stay on course, the league’s first expansion team will crack a playoff spot before two of the CPL originals.

“In this moment I feel proud for the players, for the team that we’re building and the work they’re doing, and how it’s paying off. So at the moment I’m very happy,” added head coach Gonzalez.

Atletico Ottawa has proven to be the shock addition to the 2022 Canadian Premier League season playoff race, and at the midway point there’s increasing disparity between the top and the bottom half: Atletico Ottawa, Cavalry, Pacific, and Forge are now clear favourites, with Valour an outside bet and the bottom three slipping further behind.

While what Fernando Lopez and the Atletico Ottawa have done to transition from their last-placed finish in 2021 to here in such a short span is nothing short of remarkable, though there’s obviously still quite a ways to go yet – especially in a league where parity often rears its head.

The action resumes on Sunday with a return home to host two-time champions Forge FC.