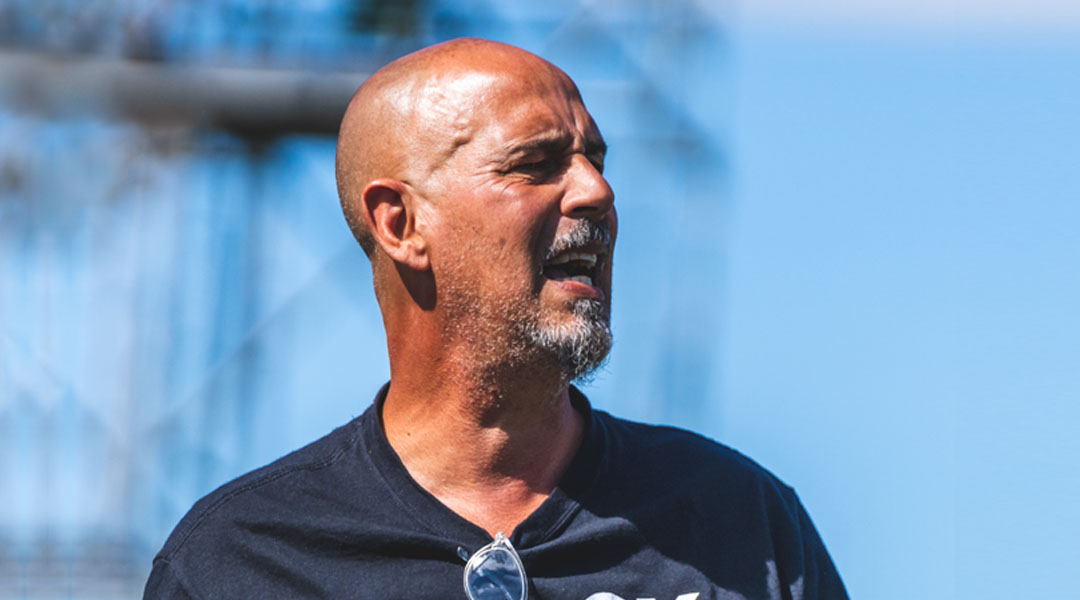 Now that the dust has settled from the 2020 Canadian Premier League Awards ceremony, one talking point appears to have fans split: the coach of the year award. Halifax Wanderers head coach Stephen Hart took claim to the prized soapstone carving trophy after transforming his squad from last year’s bottom-placed team to a current CPL finalist, with two-time league winner Bobby Smyrniotis having to settle for a nomination two years running.

Hart recognized the tough competition from the get-go in his chat with media following last week’s awards show, stating that his reception of the award came as a bit of a shock.

You are in a team environment and it’s really the whole club that brings things to the forefront. With the nominations of Mista and, of course, Bobby, and the success Bobby has had, it was really flattering to receive the award. It was just one of those things that was not even on my mind, really, and then all of the sudden I found this out. That was what the surprise was, really.

Prior to The Island Games campaign, the sixty-year-old head coach oversaw a dramatic overhaul of the east coast side’s roster, bringing in no less than fifteen new players for the 2020 Canadian Premier League season. While a big part of the team’s struggle last year came down to away form, the club took advantage of a neutral ground short season format to start anew.

The fresh blood instilled a more consistent culture to the side, with the squad unity transforming itself into an attack-oriented side capable of fast counters on the pitch. The club came one match away from a North Star Shield, finishing with four wins, four draws, and three losses.

We only kept, I think, about seven players, so everything was new. really and truly, the difference was how the players came together. It was a really good, tight-knit group. A family sort of feel about it, a very good supportive vibe within the team at all times. They looked after eachother and had eachother’s back. People talk about it being a cliche, but really and truly, it’s a team sport and the best teams are those teams that pull it together when things are going right and when things are really going, and put their shoulder to the wheel and support eachother through it, and I feel like that’s what this team was.

Reflecting on what has been a traumatic and difficult year for all, Hart appreciated the opportunity to ply his trade in a safe manner. The Island Games came and went with zero positive cases, with Charlottetown proving an excellent host site for the bubble tournament.

We were just happy to be able to play. 2020 was a difficult year, and remains a difficult year for everybody in all walks of life. We were just happy to be able to do our jobs and to play the game we love. Most of all, I was really happy, for the club for getting as far as we did, and for the players that endured so much. Really and truly, I look back at 2020 and what I’m really going to take from it is to appreciate the fact that we are allowed to do something that we love, and how easily these things can be taken from away from us.

None could have predicted what the year would have in store in its beginning, though even before that some had thought the club’s turnover might not just be limited to playing rosters: with Pacific FC sacking Michael Silberbauer before the inaugural season even ended, some thought that Stephen Hart and Valour FC’s Rob Gale might be in the danger zone, too.

As we now know, both of those clubs underwent rebuilds that ultimately netted much-improved performances in the subsequent campaign, with both sides now retaining the cores of their core 2020 rosters. For Hart, giving head coaches more than one year to shape a roster – especially for a brand new club – was always right way to go.

Let’s be honest, I think that’s the only way to do it. First to begin, you’re starting a league from scratch, which in itself is complicated. Then you’re trying to build teams. In some instances, there are teams within the league that were already packaged, so to speak. Then there were teams in the league who had to basically start from scratch. If you’re not patient, you’re going to do things that cause errors and inconsistency, and don’t really build a club. All credit to my organization, ownership, and backroom staff, they understood that. To think that you’re going to come flying out of the block from the very beginning was really rolling the dice. It is a compliment to the club and the club ownership that they look at things in a very pragmatic and practical way.

The Halifax Wanderers released a significant roster update earlier this month, with more recent news arriving that fan-favourites like Peter Schaale, Christian Oxner, and Andre Rampersad have signed for multi-year deals. It remains to be seen if impressive midfielder Aboubacar Sissoko will return, while Hart will also need to replace Chrisnovic N’sa, who departed for York9 FC.

While last week was a celebration of the current year’s achievements, his focus is already well into the next campaign:

We know the type of players that we want and we know what we’d like to build. You try to keep certain players, you do your best, but players have ambition and you can’t stop them from that. We want them to have ambition. You try to keep the core of your team, and if necessary you try to make that core stronger with more depth and in some instances you have to fill spaces that unfortunately were created by player movement, and that’s usually what the offseason is about.

Now two seasons into his reign as the Halifax Wanderers head coach, the former Canada and Trinidad and Tobago gaffer now has a personal accolade to show for his east coast return. As a longtime important figure in the Halifax football scene, if success continues it’d be easy to see Stephen Hart making himself into a club icon over the long term, too.