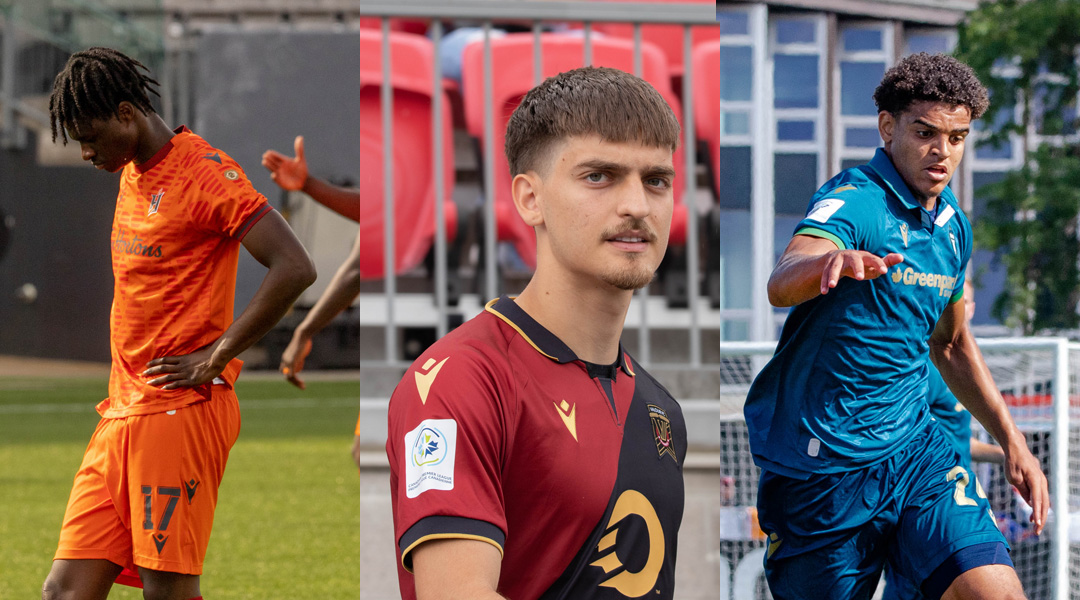 The Canadian Premier League has unveiled its three nominations for the Best Under 21 Canadian Player Of The Year award, and the shortlist doesn’t pack any surprises – it’s class from top to bottom.

Having fallen into York United’s lap after having to flee Ukraine, Osaze De Rosario proved that he wasn’t just floating by on the iconic De Rosario name: he absolutely had the skills and tenacity to back it up.

De Rosario procured a team-leading twelve goals in league play, just one away from tying Alejandro Diaz for the golden boot. Astoundingly, eleven of these came from open play, where he proved to be a lethal finisher who scored against all seven other CPL teams from coast-to-coast.

He also bagged four assists along the way, proving to be a teammate who doesn’t always go for glory. York did well to sign him to a multi-year deal, because this 21-year-old certainly seems destined for a bigger stage.

Back for his second season at IG Field on loan from CF Montreal, Sean Rea grew into an absolute force to be reckoned with: he contributed an astounding five goals and nine assists this year, proving to be on the league’s best and brightest when it comes to passing vision and, of course, scoring absolute bangers too.

With his technical ability growing at a pace in which CPL defenders are struggling to match, our guess is that CF Montreal ought to give him an opportunity next year. He’s been a real pleasure to watch in Canada’s domestic league, and this would be a nice feather in his cap as he returns to his parent club.

Woobens exploded onto the scene at Tim Hortons Field last year, and his pace hasn’t slowed down a bit for his second season: breaching double digit goals in orange, he bagged a career first hat trick and has cemented himself as one to watch for an eventual move upwards.

A Player Of The Month Award from July came well-deserved following a streak of seven goals in six games, showing that you can’t sleep on Woobens. At this rate, we wouldn’t be surprised if the Canadian of Haitian decent became another target for Les Granadiers, especially after Garven Metusala was tapped by them.

While the date of the Canadian Premier League Awards have yet to be revealed, they will be held ahead of the league’s playoff championsheep match which will take place on either October 29 or 30. This year will see two new awards added into the mix, too.

The previous winners of the Best U-21 Canadian award include Alessandro Hojabrpour, Mohamed Farsi, and Tristan Borges. As is the nature of youth-based rewards, none of the current nominees have been up for selection before – though Rea and Pacius probably had a case last year, too.