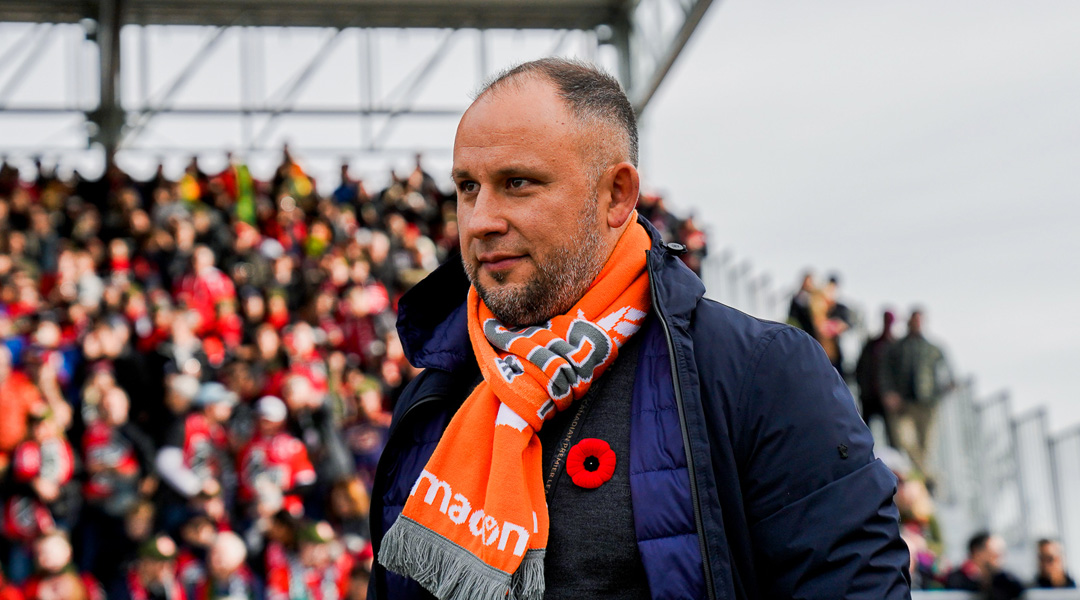 Yesterday was a historic night in Canadian soccer history, and a wild one for Forge FC fans: the club saw off Cavalry FC on a 2-0 aggregate to become the inaugural league champions, hoisting the North Star Shield and hitting up the Calgary nightlife to party into the early hours of the morning.

Speaking to Thomas Nef after the game, head coach Bobby Smyrniotis – ever the pragmatist – revealed that while he was going to enjoy a night of champagne with his team, he’d be back to work tomorrow as the travelling squad trekked home to Hamilton.

I’m gonna enjoy tonight a lot, and tomorrow I’m gonna get back to work. I know there’s a lot of work to do and I believe we can be much better, not just as Forge, [but also] as we go into the future of Canadian soccer.

The first year of Canadian Premier League action saw just about half a million seat sales divided between the seven inaugural teams, with countless others tuning in through the likes of OneSoccer and CBC Sports. The burgeoning league gave many domestic players a chance to develop in a professional environment where playing Canadians was a priority placed at the forefront. It’s nothing a Canadian player can get anywhere else by virtue of their nationality, at least to this extent.


To that end, Smyrniotis is adamant that the Canadian Premier League has helped usher in a bright future for the Canadian game. In its first year of action, the burgeoning league has seen the likes of Marco Carducci and Amer Didic get national team recognition, while allowing the likes of Tristan Borges and Nico Pasquotti to become stars in their own rights.

Our future is bright, our national team is doing great, this league has been fantastic in year one. We’ve seen the rise of players we didn’t know about, and I want to make sure that train keeps going.

Where Bobby Smyrniotis will look next for these players is anyone’s guess: he’s utilized plenty of his Sigma FC connections already, though the League1 Ontario club is expected to retain its position as a feeder club to the Hamilton-based professional side.


Still, there are a few Sigma FC players who couldn’t make the jump over this year. English forward Charlie Anagho-Ntamark has experience with Sigma FC, but after participating in the Got Game Open Trials he couldn’t crack the inaugural Forge FC lineup. The son of a former Cameroon international, it’ll be interesting to see if the 24-year-old might get another chance in 2020. It might all depend on who ends up leaving the Hamilton-based club in the offseason.

Having returned to Guelph University for the latter end of the season, it’s easy to envision CPL U-SPORTS draft pick Jace Kotsopoulos returning for the 2020 campaign. He scored the goal which secured Forge FC entrance to the CONCACAF League, which it will now return to in 2020 by virtue of being the inaugural CPL champions.


Wherever Bobby Smyrniotis opts to pull his next batch of potential rising stars from, one thing is certain: that search either began the day after the trophy celebrations, or potentially even before. For coach Bobby, every day is an opportunity to grow the game, and it evidently takes a trophy celebration to slow that train down for even just a brief moment.

When Forge FC takes to the pitch next season, the club will wear new home and away kits that will feature a ceremonial badge recognizing them as the reigning league champions. It’s not currently known which players are staying and which are going, though the upcoming CPL U-SPORTS draft will give Smyrniotis an early chance to begin shaping the team.