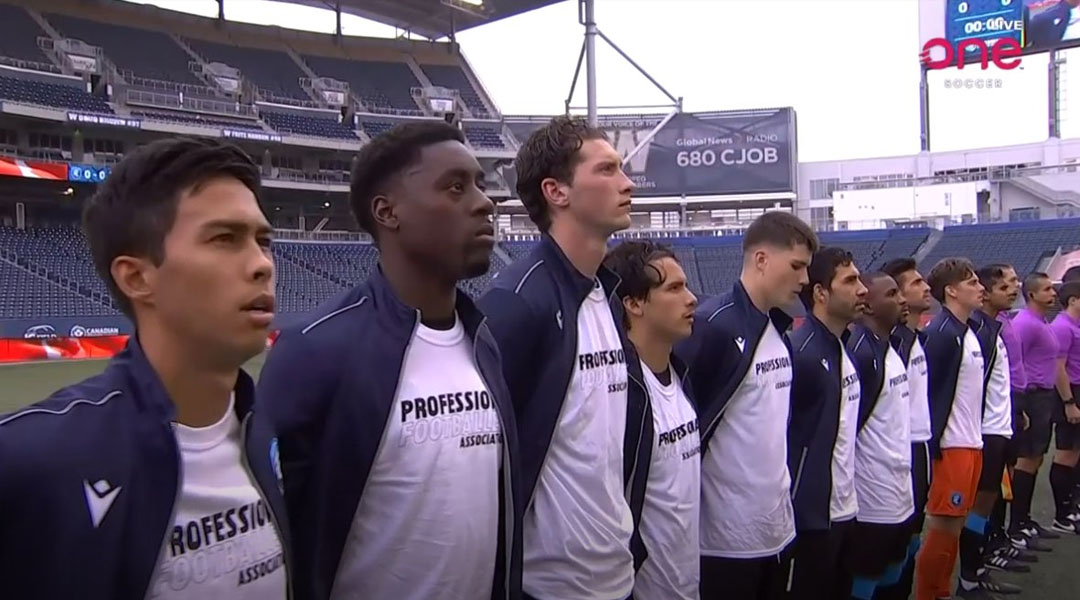 Following the Canadian Premier League’s voluntary recognition of PFA Canada as the official bargaining agent for its athletes yesterday, negotiations between the parties to ratify a first-ever Collective Bargaining Agreement are expected to begin soon.

“To be able to sit down with each other, as players, clubs and league, will only advance professional football in Canada,” stated FIFPRO General Secretary Jonas Baer-Hoffman.

“We know this from experience in other countries and our research proves this. You only have to look south of the Canadian border to see how proper collective bargaining positively changed the game in Major League Soccer.”

The union recently wrapped a successful vote wherein CPL athletes determined whether they wanted PFA Canada to represent them. After a few days of polling, it returned with unanimously positive results after an 84% eligible voter turnout.

“This is a milestone for our members, and for young players in the coming years looking for a career in professional football,” stated PFA Canada President Marco Carducci, who also plays for Cavalry FC.

Carducci took the reigns as PFA Canada’s President following Marcel de Jong’s departure from the role. Carducci had been Vice President at the time and stepped in automatically, though in 2023 he’ll have to run through an election to keep the role.

PFA Canada was first announced in 2020 following following a 25% player salary cut imposed by the league. It caught players by surprise, with the then-prospective union quickly garnering support amongst them.

See Also: ‘The League Is Not Hearing Us’: Inside The Pro Union Stance Of Several CPL Players

PFA Canada obtained FIFPro membership last year, after which it partnered with the CSPA and has received support from several other players’ unions from around the globe.

“During the World Cup, we all have been able to notice the vast potential of Canadian players. It is now up to PFA Canada and the Canadian Premier League to jointly produce a CBA that provides the right conditions for all this talent in the country to develop in the best possible way, which will ultimately help grow a strong and sustainable league,” added Baer-Hoffman.

New Canadian Premier League commissioner Mark Noonan arrived to the league in August, and put forth a much more positive outlook on unionization than his predecessor David Clanachan. His arrival, it seems, has sped up the timeline for the upcoming discussions regarding a collective bargaining agreement.

With the 2023 Canadian Premier League season set to kick off in a number of months, it’s now possible that the league’s first CBA could be reached prior to the start of its fifth-ever season.

The league’s athletes now have a voice at the table, so it’ll be interesting to see what stems from the discussions that will now ensue.