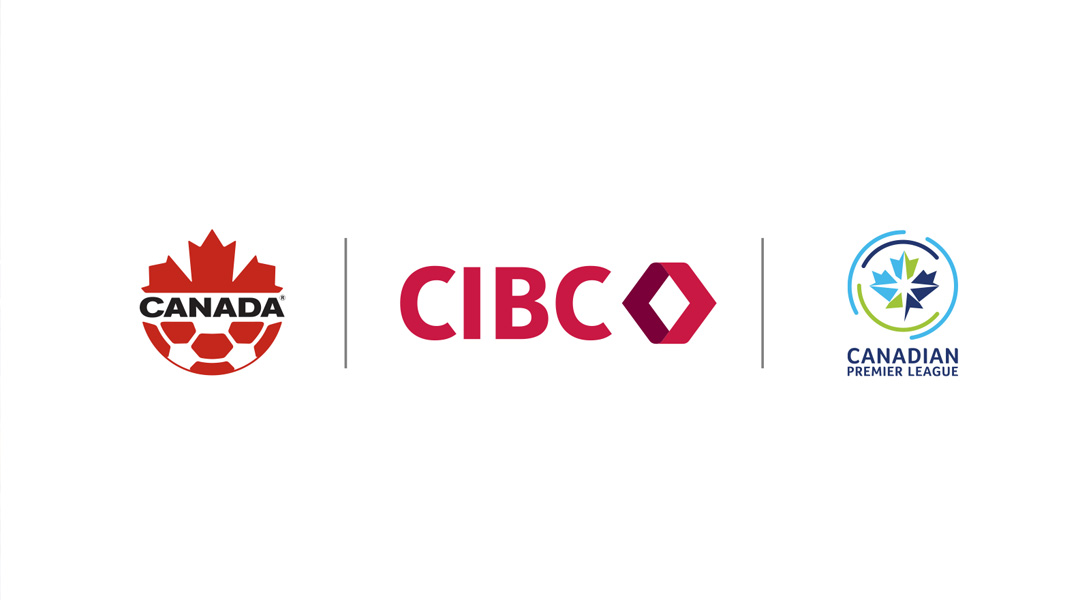 The Canadian Premier League has inked a significant multi-year agreement with CIBC sees the financial institution become the main kit sponsor of expansion side Vancouver FC and the sleeve sponsor for all other CPL teams.

In addition, CIBC will also be prominently displayed on all men’s, womens, and para national teams’ training apparel, with the CIBC logo also set to be displayed at the Canada Soccer House in Doha for the 2022 World Cup. CIBC also becomes the title sponsor of Canada Soccer’s national Active Start Soccer Fest program.

“The Canadian Premier League is thrilled to welcome CIBC to our growing family of corporate sponsors. This historic collaboration is a resounding endorsement for our League, players,  supporters and importantly, the communities we serve,” said CPL Commissioner Mark Noonan, who recently confirmed that a salary cap increase for the league will take effect next year.

“The entire Canadian soccer ecosystem will directly benefit from the investment Team CIBC is making and we look forward to working with them to bring the beautiful game to life for all stakeholders.” Thank you Team CIBC for your belief and  incredible commitment to growing soccer in Canada.”

This mark the second investment the league has seen from a large corporate corporate sponsor in just as many months, with Carlsberg being named the league’s Official Beer And Non-Alcoholic Beer partner that will also adorn next year’s York United kits.

“Today is a landmark day for our organization, and this sponsorship is a game-changer for  Canada Soccer and our membership across the country,” added Canada Soccer General Secretary Earl Cochrane. “We would like to thank CIBC for their trust in the work we’re doing,  and I know we share in the ambition to continue building on our winning legacy and growth as a  leading sports brand. I’d like to also welcome CIBC to our Canada Soccer family, and I know that their genuine fandom will be felt at every level of our country’s soccer ecosystem.”

Both the CPL and Canada Soccer announced a renewed deal with Gatorade earlier this year, too.