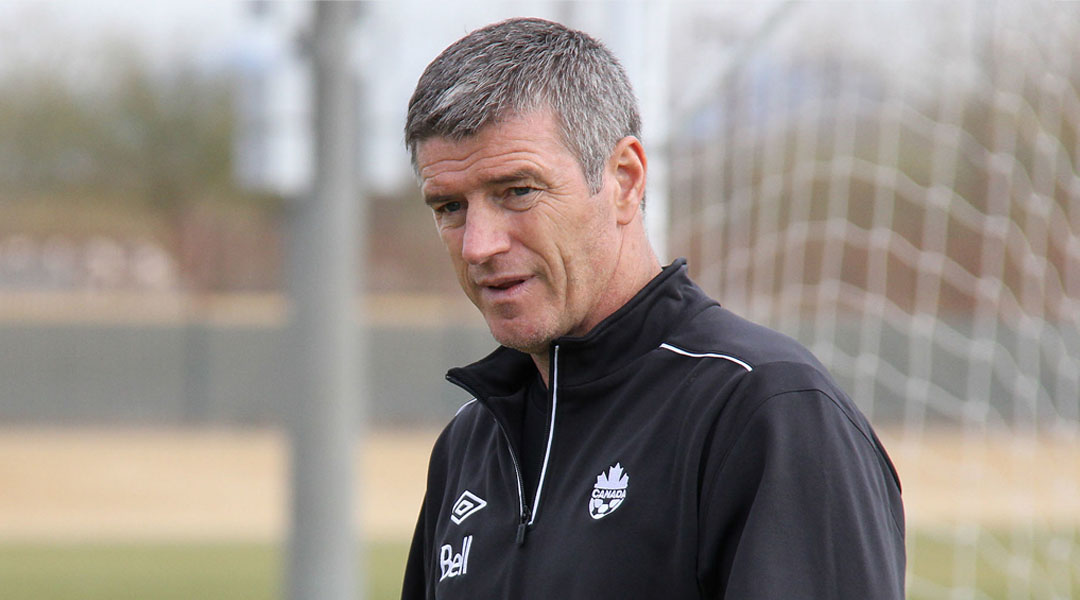 Nearly three years removed from the professional level of the game, Colin Miller makes no bones about it: the former FC Edmonton head coach misses coaching at the top level.

Following his departure from the Eddies when the NASL folded in 2017, Miller returned home to Abbotsford to be with his family, coaching at the grassroots level with the North Shore Girls Soccer Club. While he says the experience has helped him break down the game and improve aspects of his own coaching processes, the recent vacancy at FC Edmonton prompted a conversation about a potential return to the fold that, evidently, brought back fond memories for the former Eddies gaffer.

I miss it terribly, and I’m not saying that through ego or anything, but I know what I’m doing at the professional level of the game and I enjoy it. I enjoy working with players, being challenged. The fact that I’m involved with the Whitecaps on the radio side of things enables me to watch the games at that level and keeps me involved in players, and seeing those levels all the time. I really miss it. I’m very grateful for my work with the North Shore Girls and the position that I’m in, I don’t want to sound ungrateful, but I definitely miss that level of the game.

When Miller departed from FC Edmonton, he did so as the club’s longest-serving head coach and left having accumulated the Alberta-based side’s best overall win percentage (32.1% after 162 games). For most of those five years, he was separated from his family by a provincial line: his wife and children remained in Abbotsford while Miller pursued his professional ambitions, and that remains a key obstacle regarding a potential return to professional coaching, FC Edmonton or otherwise.

You know, there’s a part of my that would love to say yes [if an offer arrived from the Eddies]. That’s the selfish part of me, and not the family guy in any shape or form. It was a privilege to be there for five years. There were so many real good nights at Clarke Stadium that we had. I had a terrific relationship with Tom and Dave Fath, and Jeff is a very good friend of mine and I kept in touch with him probably every couple of weeks all the way through his time as a manager. I never really lost touch with Jeff in any way, shape, or form. But, I may be one of the only managers in the world who’s lost his job because the league that they were in folded. Unfortunately, that was the case with the Eddies in the NASL.

When FC Edmonton announced his departure in December 2017, Tom Fath called Colin a terrific friend to both himself and the club’s front office, thanking the head coach for helping FC Edmonton evolve into one of Canada’s top professional sides. All-told, it was a warm departure forced by very unfortunate circumstances regarding the NASL.

The club’s jump to the Canadian Premier League saw a strong start fade away into a struggle for consistent results: after a third-place finish in the 2019 spring season, the club sank to second-last in the fall and went winless at this year’s Island Games Tournament, which prompted Jeff Paulus to consider his departure before the season was even over.


That thought process led to a heartfelt discussion between Paulus and the Faths following his return from the Charlottetown-based bubble tournament, with Paulus ultimately stepping down as the club’s head coach. While some Eddies fans would certainly love to see the return of Colin Miller, he himself says that the odds of such circumstances are a long shot at the present due to his familial commitments:

I would say at the moment, unless Tom Fath contacted me and my wife became even bigger-hearted than she’s been all of her life, I would think it would be a long shot to come back to FC Edmonton. Not for any reason other than I’m home now, I love being with my family, and that was the hardest part of the job. As much as we didn’t win every game at FC Edmonton, we were very competitive, but that side of the game – when you come home to an empty apartment and your family, your kids are in Abbotsford, it can be a pretty lonely profession. I wouldn’t be prepared to do that again.

While Miller has some understandable hesitations about a prospective return to professional coaching, he did reveal that he had been approached by one senior manager who wanted to discuss the vacant FC Edmonton post. The former Eddies head coach believes that following the work of himself and Jeff Paulus, the head coach position at FC Edmonton has become a very desirable job in Canadian soccer circles, with it now evidently attracting some high pedigree interest as a result.

I won’t say who that is, but if that type of person is the caliber that FC Edmonton is going to attract, then I think not just FC Edmonton but the league itself is going to be in good standard as well.

Of the seven inaugural Canadian Premier League teams, FC Edmonton has become just the second to undergo a change in leadership. Last year saw Pacific FC part ways with Michael Silberbauer, with the club then securing the high-profile addition of former FC Cincinnati assistant coach and former Whitecaps player Pa-Modou Kah. From what we’ve seen at The Island Games, Kah has brought a lot of improvements to the Langford-based team.

FC Edmonton stated that its own search for a replacement head coach had begun with immediate effect, though fans could be in for quite a wait during the prolonged offseason before they find out who will become the club’s fifth-ever head coach (that’s counting Dwight Lodeweges, who departed from the side before its first-ever NASL game).

After having spent a good five years working alongside Jeff Paulus during the Eddies’ NASL era, Miller wasn’t shocked when he heard that the club had retained Paulus as the manager of player development. Even back several years ago, the Scotland-born head coach could see that Jeff had a knack for coaching the next generation of talent up to the professional level.

When I first arrived, the academy was just something that was going along. There were some good people involved, but not the people that I wanted to be involved. I could suss out right away that Jeff’s real passion was with the young players. He’s very intelligent, he’s very organized, he loves the games and he loves the players. I thought for me, it was a very natural fit and progression for him to be the academy director and look after that as his primary job, and be my assistant coach in the first team as the second part of his job. It worked very, very, well.

Much like Paulus himself, Miller believes a big part of the FC Edmonton identity lies in homegrown talent that come from the club’s local academy system. Even in the days before a salary cap was put above the Eddies, he tried to ensure that local academy and young talents like Hanson Boakai and Mallan Roberts got their chance at the professional level.

We’ve also brought on a number of players, as you know, from the youth side of FC Edmonton which was always very important. We wanted to give young guys a chance, not at the expense of the first team, because for me the brutal reality is that football is about winning. That’s part of the game, and you have to find the balance like the Whitecaps are trying to do at the moment, of how many young players can play, and winning. You need a blend of experience and youth. Jeff was a natural choice to look after the academy, and he’s a terrific youth coach.

While he’s been quite busy between his work at the grassroots level, doing radio work for the Whitecaps, and spending time with his family, Miller has still kept up fairly well with the Canadian Premier League. He’s impressed with the overall level of play, though he says that due to the salary cap limitations it’s not yet up to the level of play that the NASL era allowed for – though he makes it clear that the league is going about things the right way in order to ensure that what happened to him with regards the NASL folding doesn’t happen in Canada’s top flight.

With over 61 appearances for the Canadian national team and an impressive coaching resume that includes the likes of coaching the Canadian national team on an interim basis, assisting at Derby County in the Premier League, leading the Whitecaps Residency, and five fond years at FC Edmonton, it’s clear that Colin Miller has the pedigree one would want at the CPL level – though it remains to be seen if an opportunity arrives that would allow him to balance his life as a family man with the demands of professional coaching.

Last year brought rumours of a potential expansion side in the Fraser Valley area, which would certainly be an ideal position for the veteran coach – but for now, Miller’s return to the professional level stems in the careful balance of family commitments and professional ambition.