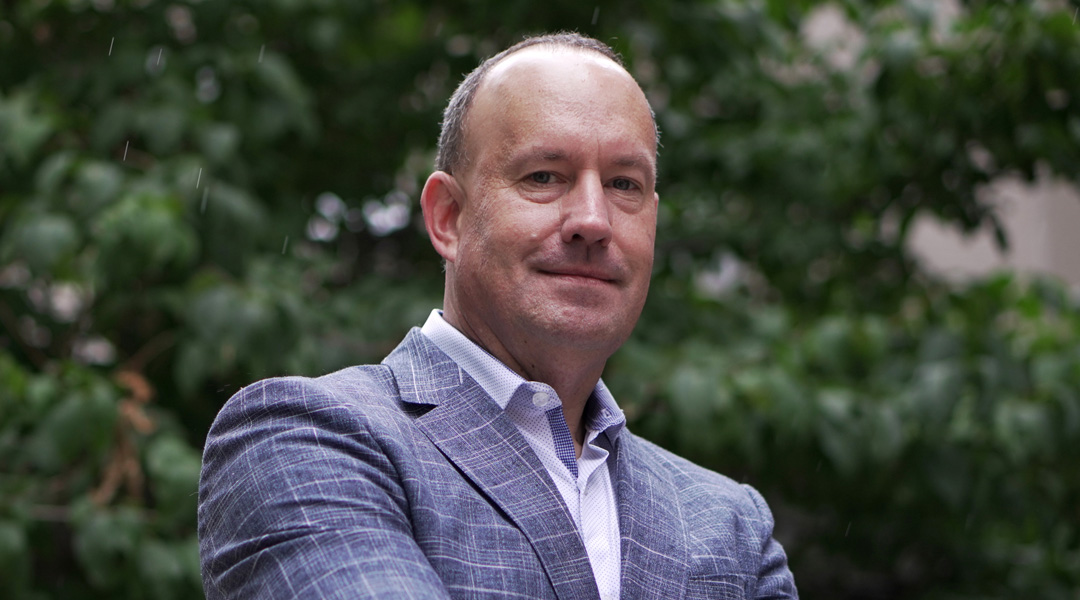 It’s Mark Noonan’s first day at the helm of the Canadian Premier League.

The new commissioner was introduced through a press conference just one week ago, with the 57-year-old sports veteran looking like he has all the right ingredients to be an astute successor to David Clanachan some 200 days after the original commissioner left the post vacant.

The former USSF and MLS executive brings ample experience from the North American market with him, and he’s keen to learn more about the Canadian side of thing that he’ll call come as of today. Experiencing his first CPL match over the weekend, he also recently sat down for a longer-form discussion about both the CPL and CSB with the Footy Prime Podcast.

Here’s a few highlights that show a great look at what the Canadian Premier League’s new commissioner is all about:

The first four years of the Canadian Premier League have seen the league grow from seven clubs to eight, with Atletico Ottawa joining in 2020. Langley is still on course to launch next year, while both Saskatchewan and Windsor are without clear timelines as they await firm stadium plans.

When asked about expansion, the new commissioner shied away from putting forth a specific number that he would like see the league expand to – more than eight, he jests – but echoed a long-held philosophy pitched by Bob Young: local rivalries were an important factor in picking locations.

“We’ve got to really understand the geography, where we can create rivalries in the regionality of things, and expand really smartly and at the right time,” said Noonan, “I’ve seen when you don’t have the right conditions, you fail.”

Having held the post of Major League Soccer’s VP of Marketing and Fan Development during the league’s early days, he saw first-hand what worked and what didn’t as soccer paved its way into a crowded North American market: MLS had to contract in size, move franchises, and seek out new ownership for some of its early ventures.

The commissioner has already voiced that the Canadian Premier League got the Edmonton market wrong, with the re-launch of the former NASL team eventually seeing funding dry up and its owner depart, with the CPL phoenix club now being run by the league on a minimal budget. He needs to do further analysis on Edmonton itself, which is a market he says he does believe in as a whole. Expect this to be a high priority for the league’s new leader.

Also pertinent is the fact that Noonan believes that the league may be better of differing further expansion until after the 2026 World Cup, allowing it to capitalize on the increased value the sport is expected to see in the Canadian market from coast-to-coast.

“I personally think that we’re going to increase the value dramatically, pretty quickly. If you expand too quickly, you might be leaving money on the table because somebody gets a better deal because they came and we sold too early,” offered Noonan. “Whereas if the existing owners can hang on and say ‘we might be smart to expand after the 2026 World Cup because we’re going to get much better owners and much higher prices.”

Noonan was clear to preface the thought with that he hasn’t put in proper analysis for it as of yet, but he’s understandably keen to ensure that the league expands in the right places at only the right time.

After successfully launching Atletico Ottawa in 2020 – a remarkable feet given how quickly things came together following the fall of the USL’s Ottawa Fury – thus far its parent club Atletico Madrid has proven to be a great partner for the league. David Clanachan had said as such, and Noonan echoed the praise. ‘Atletico Madrid have been fantastic partners and give a stamp of credibility, and offer opportunities to train in Europe,’ he says.

There have been previous rumours about owners from both Germany and France, and Noonan is open to them on a case-by-case basis: if the right ownership group comes along, talks will commence.

“You have to make sure that anyone you did business with had our best interests at heart, and that’s certainly the case with Atletico Madrid,” he adds.

On His Time In Ghana

While Noonan arrives at the helm of the Canadian Premier League with a bevvy of experience across North American sporting markets, one of his most recent venture prior to this actually saw him as chief operating officer of Ghanaian side Accra Hearts of Oak SC – a move which, incredibly, he secured through a LinkedIn post.

Having seen a post about the position online, he sent them a message and got a call back a few days later from a member of Ghanaian royalty (Togbe Afede XIV) who happened to be majority owner of the club. The duo met in New York while the owner was there for a World Trade Centre Association board meeting, and the two quickly came to terms.

Noonan believes the experience of working in a culture where he served as a minority will help him face new challenges in the CPL. There was plenty of pressure that came from being the first Caucasian person to sit in that proverbial chair, and by all accounts it appears he ran the 110-year-old club well.

Now, however, he’s tasked with a much younger venture in a market with much less history. He’s keen for the challenge.

An American Commissioner at the helm of a Canadian league? It’s a global sport, and his credentials are well-placed. Still, Noonan is coming into the opportunity with both eyes open and knows he’ll have to win some people over.

“I don’t go into a foreign culture and say ‘hey, here’s how we do it in the US so you’ve got to do it that way’,” he says. “I try to understand the culture I’m going into, and then say here’s how I think I can help adapt that culture. Needless to say, even though we’re neighbours, I’m not Canadian and I need all the help I can understanding the different nuances and not being a know-it-all coming into the market.

It’s here where his time in Ghana will certainly help him acclimate, though Canadian culture will be much more in-line with what he’s accustomed to. Longtime Canadian soccer fans are likely well-aware of how much in-fighting happens both on the surface and behind the curtains, and Noonan hopes to instill a collaborative era that will see the CPL reach significant growth.

Speaking Of Those Labour Differences

While today marks Noonan’s first day on the job, his preliminary comments suggest that his era will be markedly different than Clanachan’s when it comes to labour discussions and unionization. Right from the get-go, he surmised that every sports league in the world needs a relationship with labour, whereas the previous modus operandi seemed to mostly be ‘don’t talk about it.’

“When you talk about labour issues, it means we’re growing up. There’s not a successful sports league in any sport that doesn’t have a dialogue with its labour,” he reiterates. While he’ll operate a hybrid role as both CPL Commissioner and CSB CEO, he’ll only be involved in CPL labour discussions, along with the rest of the board. The national team disputes will be handled separately by Canada Soccer.

To that end, Noonan revealed that he’s already put forth a communication that the league will be happy to sit down with players at the end of the season and have a dialogue with them. To Noonan, the fact that there’s a need for this shows that the sport has grown in Canada: there’s value that needs to be dispersed to stakeholders in a way that’s fair to all concerned, and it’s a subject he takes personally.

“I had a career that might have gone some places that was destroyed by a bunch of knee surgeries, so I’m pretty sensitive to players with short careers. At the same token, we’ve got a fledgling league that isn’t making money hand over first.”

It’s a balanced and pragmatic take. Noonan is confident that both parties will figure it out, and that we’ll see a relationship form like fans see in pro leagues from around the world.

Meanwhile, the new boss wants to assure fans that CSB – which is heavily intertwined with both the CPL and the national team – aren’t the bad guys either.

“There’s nothing nefarious CSB and nothing that is being hidden. I think it’s just a communication issue,” says Noonan, referring to the heated public parlance about Canada Soccer’s long-term deal struck with Canada Soccer Business in 2019. He calls the CSB a real engine behind the scenes, and something that will finance the growth of the domestic game when they have options for things like increasing player salaries or, as an example, adding VAR.

Before that, however, it looks like players and fans will have to show patience as the foundation grows.

“There’s no panacea that will all of the sudden make us the English Premier League. This is something that is going to take time. Building of infrastructure, player development, pathways, all those things that you need to do to create a great league take time.”

Before the pandemic had significantly stifled preliminary plans, Clanachan had stated that the creation of a Women’s CPL was further along than he thought it would be by that point. Things have largely gone quiet since, with York United’s idea of launching a League1 Ontario women’s team also being shelved.

Noonan is blunt in that while a professional women’s league is on the CPL agenda, a lot of homework still needs to be done before we can consider ourselves close to attempting the feat.

“Like any business opportunity, we have to do the analysis. It’s no different than expansion: we can’t start a women’s league until we’re ready. We need to make sure that our foundation is solid, and do our analysis, and make sure we have the conditions to be successful.”

Having played a large part in successfully marketing the 1999 FIFA Women’s World Cup-winning US national team, his actions paved way for plenty of growth in the women’s game south of the border, where crowds of 27,000 have latched onto the sport. Personally, he thinks Canada should absolutely have a pro league to call its own, but he simply can’t say when that’ll be feasible.

Noonan is all-in on Canada, and he’ll be fully moved to Toronto shortly. He’s aiming to land a property that is somewhere between both the league office and the airport, two places where he’ll be spending most of his time.

With today marking the first day of the Canadian Premier League’s Mark Noonan era, there’ll be plenty of eyes and investors waiting to see what comes next. Noonan will target improvements that will move the needle the quickest, giving the league the biggest bang for its buck. He’ll take it day-by-day and do what he does best: grow the game.

“We need to beat yesterday: we’ve got to get better every single day in all of these areas, and build on the great foundation that’s already in place.”

Fans interested in hearing the full interview can do so at Footy Prime.