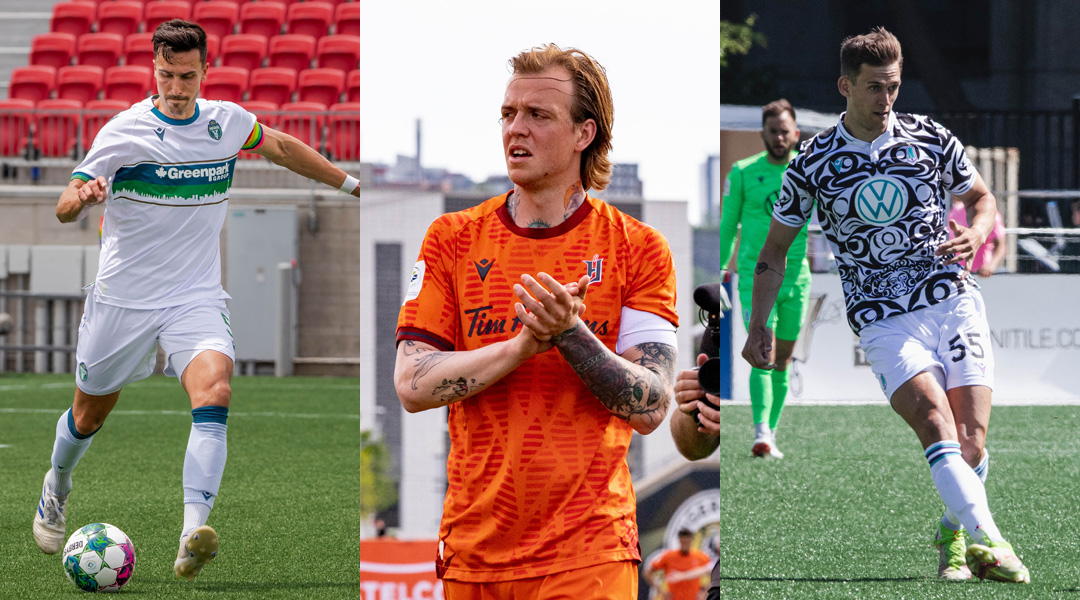 Revealing The Inaugural CPL Defender Of The Year Nominees

The Canadian Premier League has revealed its three nominees for the all-new Defender Of The Year award, which comes in the form of a soapstone carving of a Walrus crafted by Quebec-based artist Ruben Komangapik.

The inaugural nominees for the newly-minted award are none other than Forge’s Alexander Achinioti-Jonsson, Pacific’s Amer Didic, and York United’s Dominick Zator.

Here’s how each trio contributed to the regular season:

Thrust into a centre-back role following the long-term injury of Daniel Krutzen, defensive midfielder Alexander Achinioti-Jonsson has proven to be an absolute diamond at the back for two-time champions Forge FC.

Excelling in the position, Forge’s Swedish gem has proven to be a league-leading defender with tremendous grit and great ball-playing ability, leading the league in passes with 2,057 – well ahead of the runner-up’s 1,653. He also leads the nominees in both tackles and duels won.

Under his leadership, the hammers conceded the least out of any side under his guidance. He only missed one match this year, and surpassed his centurion mark for appearances in orange, too.

Not bad for someone who isn’t a natural centre-back, eh?

The former FC Edmonton defender has flourished under a new club with championship intensity, with the big man leading the league in clearances with 125 and, unsurprisingly, in aerial duals won with 66.

It was never an easy task to replace a Toronto FC-bound Lukas MacNaughton in a title defense season, but Amer has proven to be a more-than-capable replacement who comes up big in defensive moments consistently through the season.

He’s also multi-pronged threat on the opposite end of the pitch, too: his aerial prowess and freekick power have seen him bag a couple goals in Pacific’s title defense campaign, too.

An everpresent anchor for the Nine Stripes, Dominick Zator has locked in another individually stellar campaign that sees him lead the league in blocks (27) while leading the nominees in recoveries (154).

The York United centre-back has featured in every possible league match for the Nine Stripes, showing great physical strength and stalwart defensive acumen along every step along the way.

York will be keen to keep the highly-touted defender ahead of a new season with high expectations, but at the end of a contract year he’s sure to have attracted many a suitor – and a win here would only help solidify that interest.

With all three defenders worthy nominees for the inaugural round of the award, it’ll be interesting to see who hoists the soapstone carving at the CPL Awards ceremony.

The league has already revealed the nominees for the Best Under 21 Canadian Player Of The Year and Golden Glove awards, and is expected to reveal a few more nominations this week ahead of closing semi-final stage.

Survey: Most Residents In Quebec City In Favour Of CPL Team