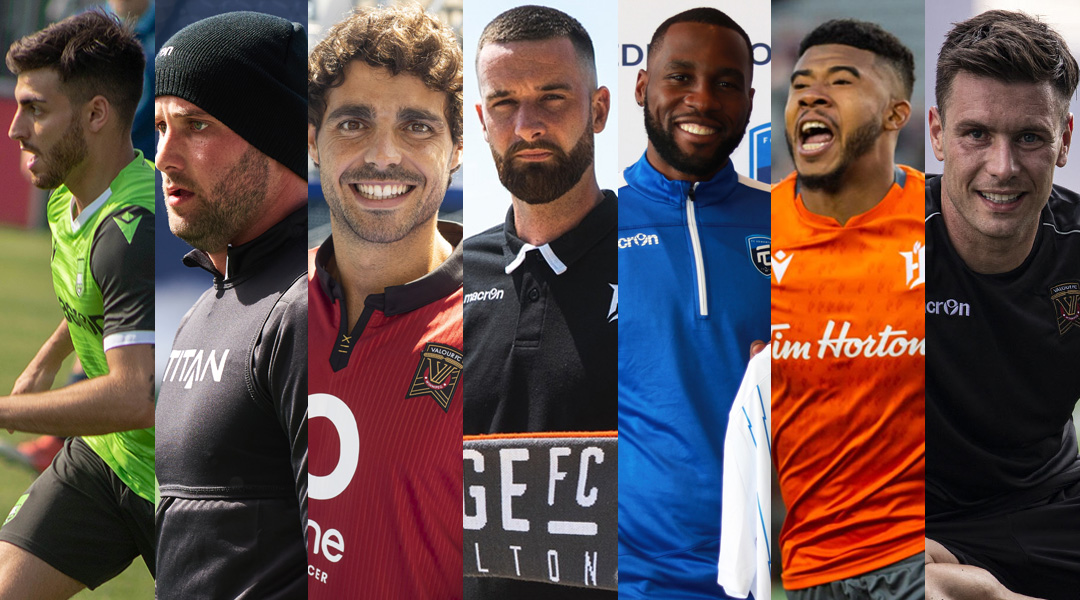 When the Canadian Premier League fall transfer window opened in early July, few would have guessed that there would be seven transfers to come from the seven-club league – though not in equal distribution.

Let’s take a look back at what all happened in the first-ever fall transfer window of the burgeoning league:

Tommy Wheeldon Jr. is obviously content with the squad that won him the spring season, and with good reason: the club is off to an equally good start in the fall season, and has progressed to the semi-finals of the Canadian Championship to boot.

Chris Serban was ruled out for the season before the league had kicked its first ball, but the summer months would also find the club without Dean Northover after an ACL injury. While the club could have brought in an extra player via the season-long injury rule, the Calgary-based team stayed quiet during the window.

Jeff Paulus had hinted that big signing was coming in, but he left it quite late to make it happen: MLS veteran Tony Tchani wasn’t announced until deadline day.

The signing is a massive one for the league, and not just because the 30-year-old midfielder stands at an impressive six-foot-four. With over 200 Major League Soccer games under his belt, Tchani offers a veteran presence like no other in the league – and he’s used to playing on turf.

With FC Edmonton off to a strong start in the fall season after a secret analyst helped the club improve its goalscoring record, it’ll be interesting to see if Tchani can make an impact. He’s been without a club for almost a year, so any impact he makes for FC Edmonton might not come immediately.

The hammer has been busy in the last week of the transfer window: after securing a historic 2-1 win in the CONCACAF League, the club announced that Mississauga-born striker Emery Welshman’s loan from FC Cincinatti was over. He then left the MLS club by mutual consent to pursue an opportunity with Hapoel Haifa, but left a warm message for Forge FC fans before he jumped overseas: he said his departure wasn’t a goodbye, but rather a see you later.

Minutes after Forge FC announced his departure, the club revealed that it had signed Canadian international David Edgar, who brings in plenty of experience from his time in Europe. The 32-year-old defender has been an expected CPL signing for quite some time, and his large reputation means that fans will expect him to stand in as one of the league’s best defenders – assuming he can stay healthy.

Halifax Wanderers head coach and general manager Stephen Hart already had a full roster going into the fall transfer window, and he opted not to make any changes. He’s been surprised by the quality of the league as a whole, and while his squad has room for improvement, there wasn’t anything that he evidently thought needed immediate action.

That being said, there are some moves expected to occur after the transfer window closes: 23-year-old German center-back Peter Schaale has announced that this Saturday’s match against Cavalry FC will be his last match for the club, as he will be returning to Cape Breton University to finish his degree afterwards.


As a CPL-U SPORTS draft pick, Schaale is still eligible to play for his local University side. He’s maintained a good relationship with Hart, who indicated that the 23-year-old is welcome to rejoin the Halifax Wanderers in 2020 once he obtains his degree.

In the meantime, the club has confirmed that it is in talks with another defender to replace Schaale. Given that the window will be closed when this happens, this player is evidently a free agent.

Pacific FC head coach Michael Silberbauer has the youngest squad in the league, and what few veterans he has have been plagued by injuries: Marcel de Jong is still recovering from an Achilles tendon rupture, while the likes of Marcus Haber, Issey Nakajima-Farran, and Hendrik Starostzik have spent ample time on the sidelines.

Still, the coach has managed to make things work (somewhat) with 21 players on the books. The club is in a healthy streak of goalscoring form due in no small part to the efforts of Terran Campbell and Victor Blasco, though it’s also still struggling to collect clean sheets.

At the end of the day, the lack of any transfer movement from Pacific FC will probably go down as a surprise overall.

Rob Gale was the first head coach to make moves when the transfer window opened: the club parted ways with striker Stephen Hoyle by mutual consent halfway through the very first day of the window. Hoyle had scored the club’s first goal, but things had went largely downhill for the striker ever since.

The club would then sign 20-club-man Jose Galan, who went on the record to say that the 33-year-old was looking to settle down now that he had a young family to take care of. Not long after that, Gale signed his second 33-year-old player of the window, with former Juventus striker Michele Paolucci being brought in to help the club find a way to finish chances.

It’s hard to call a player ‘out’ when he never stepped foot in Canada to begin with, but that’s how the proverbial cookie crumbled for Jose Pina. The Venezualan midfielder’s move to York9 FC was announced months ago, but visa issues forced Nine Stripes gaffer Jim Brennan to reconsider the transfer.

On the day of the club’s 6-2 thrashing over the Halifax Wanderers, York9 FC announced that Pina’s transfer had been nixed, with the club bringing in Canadian midfielder Stefan Lamanna instead. He’d impressed while on trial during the club’s preseason, and got to make his debut on the very same day he was unveiled.


With seven roster changes occurring during the league’s first-ever fall transfer window, it’ll be interesting to see if any of the inbound transfers are able to make their mark on the fall season. While some of the new signings have been able to make a handful of appearances, they haven’t been around long enough to make a sizable impact just yet.

The league has kept quiet regarding both contract lengths and salary information, though Valour FC did confirm that Jose Galan was on a multi-year contract. Given that it’s not known how many players are on one-year contracts (and whether or not clubs have the option to trigger any extensions), there could be a flurry of activity when the next transfer window approaches – but that’s half the fun, isn’t it?