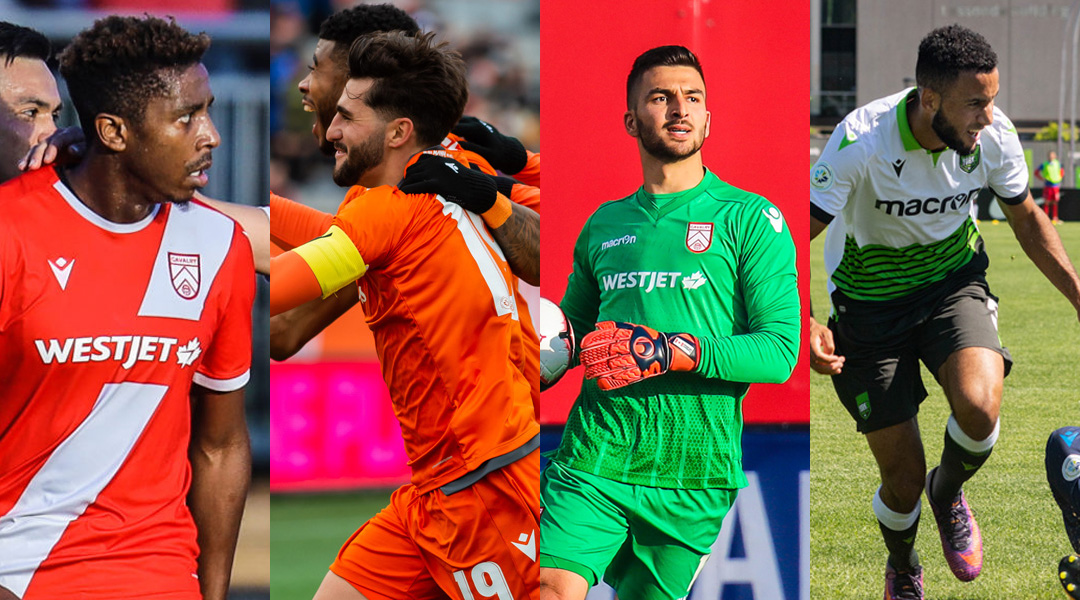 For the past week or so, OneSoccer has been conducting polls across social media to see who the fans would pick as the Best Eleven for the Canadian Premier League. For the purposes of the vote, OneSoccer elected to use a 4-4-1-1 formation, and today the polls have officially closed.

It’s fitting that Cavalry FC – which won both the spring season and the fall season – has six players in the fan eleven, with head coach Tommy Wheeldon Jr. being elected as the fan’s choice for top gaffer.


Interestingly, York9 FC followed suit with three players making the list, with finalists Forge FC having two players break into the fan’s eleven. No players from Pacific FC, FC Edmonton, Valour FC, or the Halifax Wanderers made the final selection, though they each had at least one nominated player.

Here’s a look at the fan’s eleven from the inaugural Canadian Premier league season:


Carducci finished the regular season with a league-high nine clean sheets (with assistance from the likes of Trafford and Zator), becoming the first Canadian Premier League player to be called up to the Canadian national team in the process. Abzi and Doner have impressed as fast, fluid full-backs for the Nine Stripes, with the latter recently confirming he had signed on for another season with the York Region Club.

It remains to be seen if Toronto FC loanee Ryan Telfer will be back next season, though York9 FC gaffer Jim Brennan did confirm that the club would have discussions with the 25-year-old.


Both Tristan Borges and Dominique Malonga will be fighting it out for the Golden Boot throughout the CPL Finals, with Borges currently sitting at twelve goals and Malonga only a single goal behind him. The league confirmed last week that the Golden Boot race didn’t end with the regular season, which was a decision that garnered a mixed reaction from fans across the league.

The first leg of the Canadian Premier League finals will take place later today at Tim Hortons Field, with the match between Forge FC and Cavalry FC due to be shown live on OneSoccer and CBC Sports simultaneously. The second leg will take place at ATCO Field on November 2, where the North Star Shield will be awarded to the first-ever league champion.