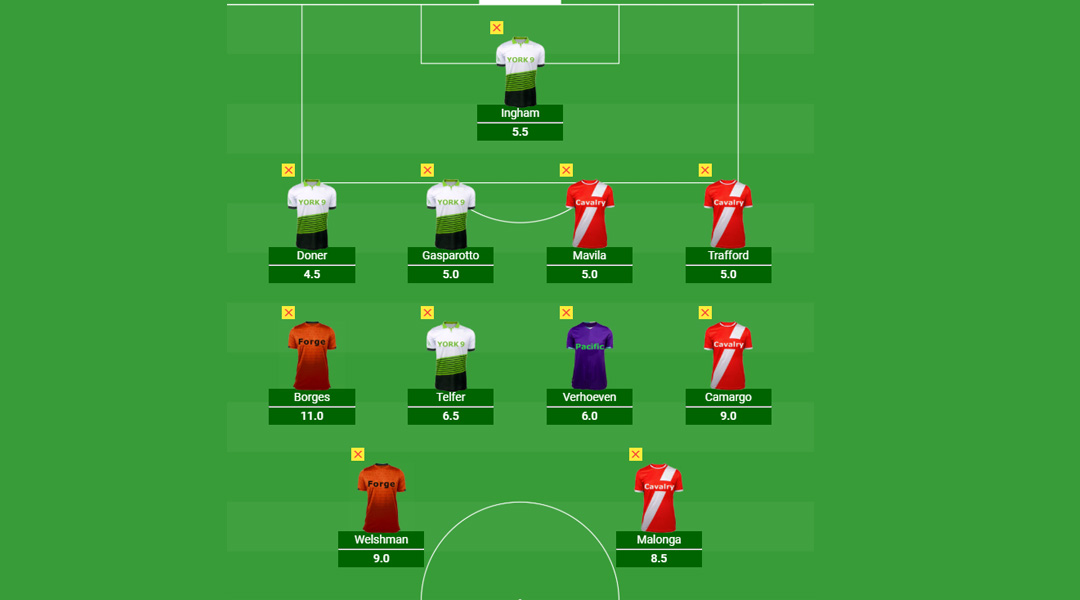 The fall season of the Canadian Premier League isn’t the only thing that kicked off yesterday: for the two-man team behind CanPL Fantasy, it was the first big test of their fan-made fantasy league. As the first matchday of the fall season ended, the website had a little over 200 members participating in the project.

The fantasy website allows fans to build up squads composed of players they think will perform well on a given matchday, with the caveat that each team has a set budget and players have different values based on their performances in the spring season. Mix-matching squads of the right players while staying within the budget constraints is a challenge, but that’s half the fun.

Players get points for goals by position, clean sheets, minutes on the pitch, assists, and more. The can also lose points if players they select miss penalties, get yellow cards, or get sent off. A maximum of four players from the same CPL team can be selected, so fantasy league players can’t just put in, say, most of the Cavalry FC starting eleven.

Back when the Canadian Premier League launched its official mobile application, the league hyped up the inclusion of a fantasy predictor, too. Instead of picking players, however, the fantasy predictor came in the form of trivia questions. It wasn’t what most fans expected, and so from this demand the CanPL Fantasy website came to be.

The ambitious fan project is still in its early days, but the fan reaction from those who have signed up on the website seems good: there’s certainly a hunger for a CPL fantasy league, and fans don’t mind if it comes in the form of a fairly barebones website with work-in-progress graphics.

The CanPL Fantasy team has stated that they will likely include a captain option for next season (which nets bonus points if that player performs well), and will likely change a few player values as the fall season goes on – though not as frequently as fans who subscribe to high-profile fantasy leagues like the Fantasy Premier League might see.

The fan-made fantasy league is strictly for Canadian Premier League games, so the midweek matches in the Voyageurs Cup will not be part of the fantasy league – though their existence left some fans speculating on who might be rested this weekend. Squad selections are locked in an hour before kickoff, so unexpected events like Borges starting on the bench threw a few people for a loop – after all, he clocks in as one of the fantasy league’s most expensive players, and for good reason.

It’ll be interesting to see how the fan-made CanPL Fantasy website grows and changes as the fall season progresses. Simple website or not, the important thing is that it seems to work and that it’s easy to join up and get started. While there are sure to be some hiccups on the way, CanPL Fantasy is off to a good start.

Interested fans can check out the fantasy league here.