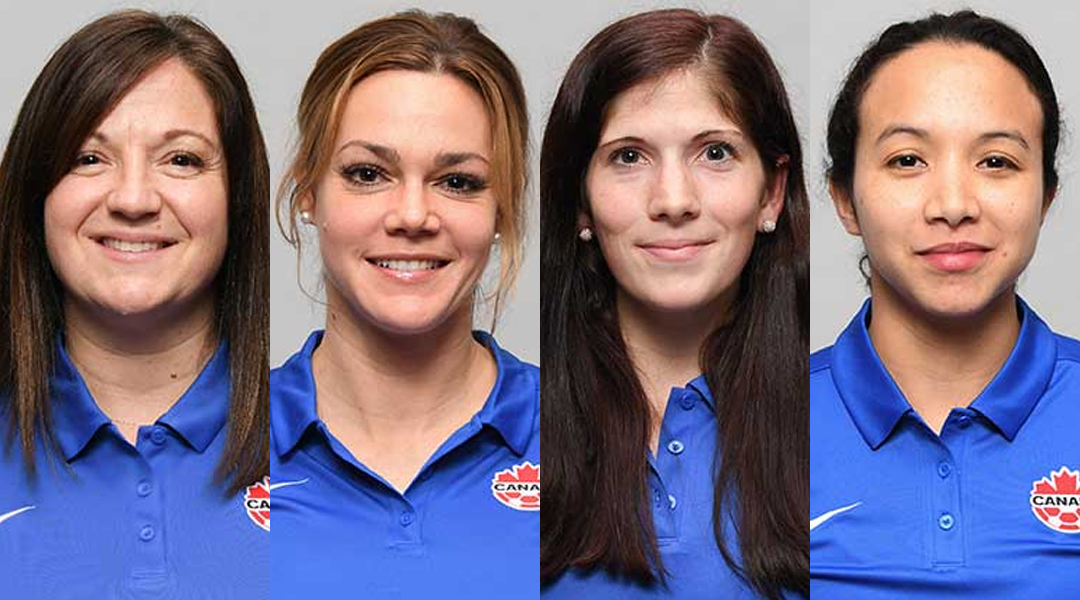 Cavalry FC continued its perfect start to the season with a 2-1 away win against Hamilton side Forge FC, becoming the first Canadian Premier League team to win three in a row. It was a historic match that marked both the first time a CPL Captain scored (which ended up happening for both sides), and appears to be the first time an all-female referee crew officiated a top flight professional domestic football game in the world.

With both sides opting for a high-pressing mentality, tempers were quick to flare as the rain poured down at Tim Hortons Field. FIFA and Canada Soccer referee Carol Anne Chenard and her all-female crew did a great job overseeing the game, dealing out 3 yellow cards and never missing a beat regarding onside and offside decisions – though Cavalry’s Jay Wheeldon will probably feel lucky not to get a second yellow to mar the occasion.

Chenard, who was the first woman to referee a game at Wembley Stadium, was assisted by referees Stéphanie Fortin and Chantal Boudreau, with Alexis Vaughan as fourth official. Beyond making history for the Canadian Premier League as a whole, the CPL stated it looks like it’s also the first time an all-female referee crew has officiated any top flight professional football league match.

Despite the historic moment, Chenard told CPL contributor James Grossi that she was simply focused on the task at hand:

In February, the Canadian Soccer Association held a preseason camp for 56 CSA referees, a number which included 18 NextGen referees. The official CSA website lists no less than 12 female referees, of which 9 are FIFA accredited to officiate on an international level. The CSA now needs to officiate over 100 games than it had to in the previous year, and the increased need for officials means more jobs for both men and women in the professional soccer landscape.

Referees are a team of their own, right? We like to support each other as much as possible. She did great. It was a difficult match for sure. This just speaks to the quality of refereeing in Canada. She did really well and I’m hoping to follow in her footsteps this weekend.

With FC Edmonton set to play its first-ever home game in the Canadian Premier League this week, there’s plenty of other historic moments yet to be made. Fans interested in watching the brand-new league can tune in via OneSoccer, a global streaming provider offering a one-month free trial to prospective subscribers.