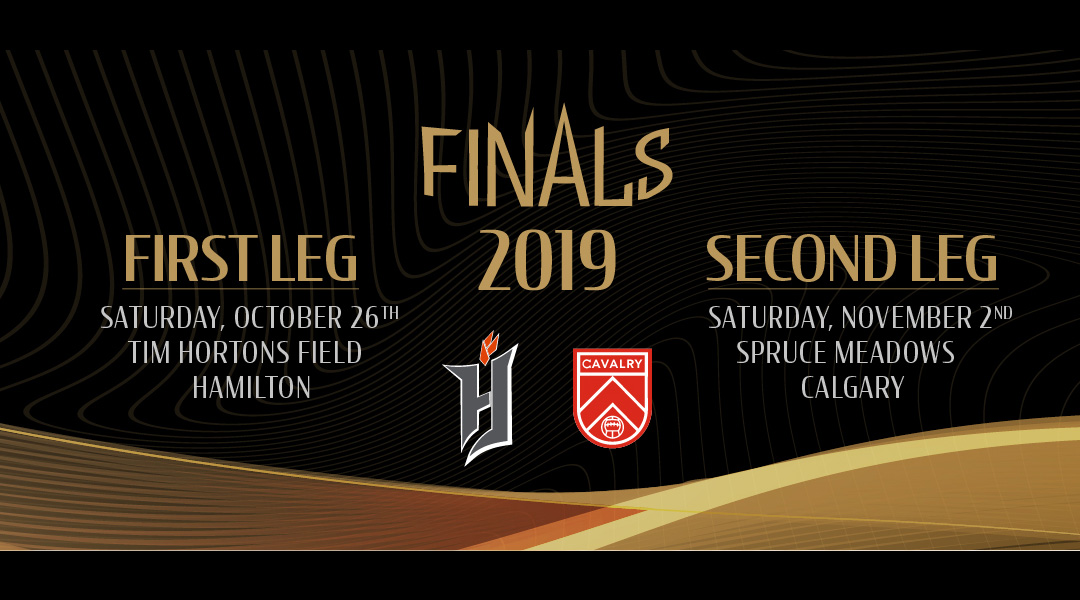 Despite the fact that the fall season winner has yet to be determined, an outside influence has solved the matter of scheduling the Canadian Premier League Finals. Cavalry FC booked itself the first spot in the finals by way of winning the spring season, while the fall season is still to be decided between Cavalry FC and Forge FC.

As per the CPL rules, the fall season winner will traditionally decide whether it would like to host the first leg or the second leg, which will take place in late October and early November. However, with the Hamilton Ti-Cats already having been penned in for Tim Hortons Field on the first weekend of November, both clubs and the league office agreed that Forge FC would play hosts in late October to avoid any further scheduling headaches.

Even though the winner of the Fall season should choose their home match according to CPL rules, and that winner hasn’t been decided as of yet, the League office and the two clubs agreed on the match dates because of a scheduling conflict that exists with the Hamilton Tiger Cats, the primary tenant at Tim Hortons Field.

With the newfound professional Canadian league being in its first year, the struggles of not being a primary tenant at their own stadium ground is nothing new for either team: Forge FC has played over visible American Football lines before, while Cavalry FC has had its pitch impacted by the equestrian shows which have made Spruce Meadows a world-renowned venue.


Now that a schedule is in place, both clubs are looking forward to what is sure to be a fiery finale as the league’s best naturally-developed rivalry comes to a head when it matters the most. Tommy Wheeldon Jr. was complimentary of his Hamilton-based opponents when asked about the impending finals over the weekend, saying that the league table never lies and the two best teams had earned the right to be there:

If you accumulate all the points over both seasons, we’re the two best teams in it. We’re looking forward to playing them. It’ll be a great double-header. We’ve already had that preview in the Canadian Championship where it was close and heated I think it makes for a neat matchup. […] We’re both invested in helping the Canadian game. I’m looking forward to it. They’re very good in transition, they’ve got some good exciting attacking players, we’re tough to break down and good in our build up, so it’ll be interesting to see how that meshes.

The two most successful teams in the CPL have relied heavily on relationships with semi-pro clubs to fill the bulk of their respective rosters with players familiar with one another, with Tommy Wheeldon Jr. recently going on the record to say crediting that relationship for his team’s success was an oversimplification.

If Forge FC wishes for another chance to test its fortunes in the CONCACAF League, it’ll need to win the inaugural CPL season to qualify for 2020’s competition. When asked about the upcoming finals, Forge FC head coach Bobby Smyrniotis was respectful of his his Calgary-based opponents, saying that the cup final was going to be an even affair.

We’ve played a number of times this year, and every game has been close, tight game. There’s been some very good football from both sides. They’ve beaten us at home, we’ve beat them at their place, so when you look at the series so far, it’s pretty even.

With Cavalry FC and Forge FC due to play eachother twice in the regular season – which will go a long way in determining the overall fall season winner – it’ll be interesting to see how each gaffer manages each match. Both teams will become very familiar opponents to one another, which should make for interesting finals.


Forge FC will host Cavalry FC on Saturday, October 26 at Tim Hortons Field. The second leg will see Cavalry FC play hosts for the conclusion of the inaugural season in full on Saturday, November 2, 2019. The winner of the first-ever Canadian Premier League finals will go down in North American sports history, qualify for the 2020 CONCACAF League, and will also wear a celebratory badge for the 2020 Canadian Premier League season.

With many players from other clubs now simply playing for their jobs, there’s still a lot of action to take place in the regular season before the two-legged finals take over. With the dates for the finals now locked in, however, dedicated fans who may want to put in the distance for a historic away trip have some good time in advance to get such a venture organized.

The Canadian Premier League has yet to unveil what the cup itself will look like, but given that it’ll be hoisted by either Cavalry FC or Forge FC in just over a month’s time, this ought to be revealed in the near future.