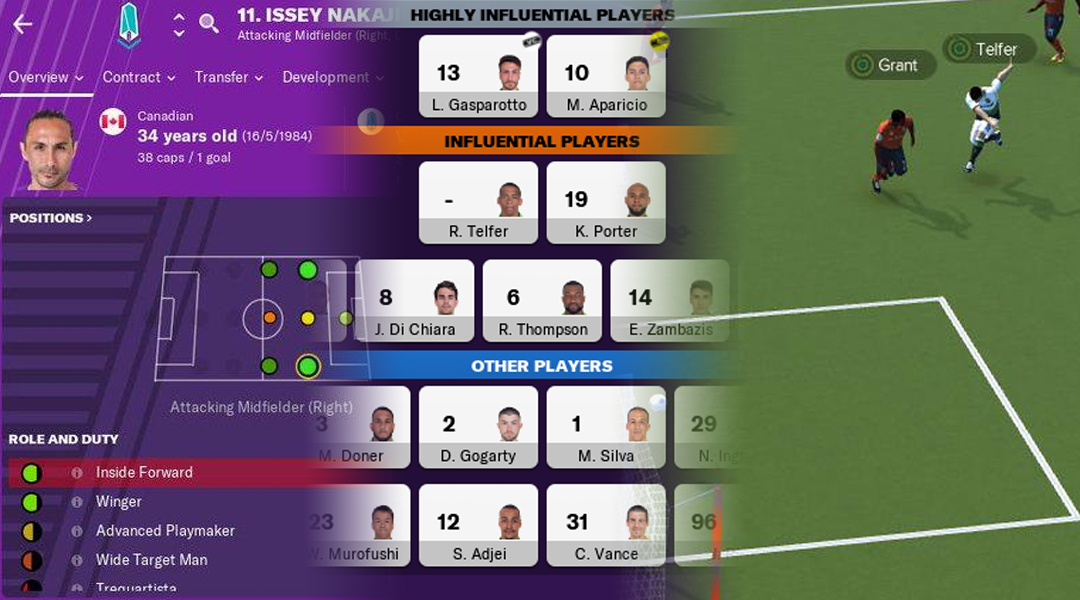 Fans interested in both the Canadian Premier League and the Football Manager game series should take note: creator Edward Hon-Sing Wong has just released a huge, new update for the fan-made modification. With Edward’s ‘Canadian Megapatch 2019’ now reaching the big 3.0 version code, fans can expect to see the most visual update yet, with plenty of graphics accompanying his under-the-hood additions.

Today’s update adds headshots for every Canadian Premier League player, stadium photos, five new leagues (PCSL, MMSL, L1O Reserves, AMSL, and NSSL), and club roster additions for the multiple Canadian leagues now featured in the megapatch. The creator has even found a way to implement the league’s interim CONCACAF League qualification process, which is based on head-to-head results between Edmonton, Forge, and Valour.

In addition to the larger-scale changes, he’s also performed hundreds of minor tweaks to make the Canadian football experience as authentic as possible. Edward specifically mentions some youth rating changes to ensure that youth development works realistically in the country long-term, and adjustments to U SPORTS physio / fitness coaches to allow for more feasible hires.

Edward isn’t working alone for the modification, and sent out a special thanks to variety of hard-working fans who helped make it all possible: a popular FM YouTuber named WorkTheSpace, a content editor named Steve, and users named Uncle Sam, Stevie G, and ScootR who all worked hard to make the large-scale modification as polished as it can be.

Having put in plenty of time with Edward’s detailed modification, we can vouch that it leads to an authentic-feeling Canadian Premier League experience. Players can ply their trade as a manager within the league, watching as the years go by and the Canadian soccer scene continues to grow.

We can only hope real life mimics the in-game vision that Edward has helped create – albeit with more clubs hopefully arriving in the future.

If you’re still not sure what Football Manager is (and bless you for making it so far if so), it’s a football management simulation game that you can read up on here. Players don the role of a football manager, where they manage games, build rosters, and deal with the day-to-day drama that comes with running a club. There’s no difficulty setting beyond ‘this is what the game thinks would happen in real life’, so it’s quite an experience. Without a doubt, it’s the most detailed simulation game series of all time.