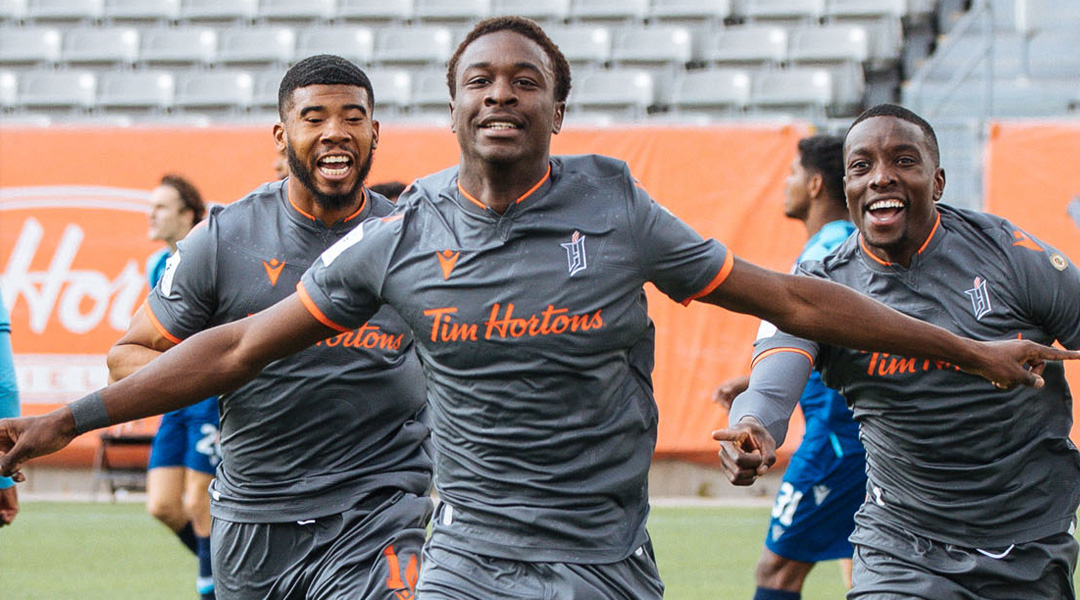 Forge FC rebounded from their midweek match in perfect fashion, topping the visiting HFX Wanderers 1-0 to close the regular season.

Going into the match unable to win the regular season, Forge coach Bobby Smyrniotis opted for a different look. He switched to a 3-4-1-2, and that resulted in four changes to the squad from Wednesday’s defeat to Pacific.

As for the Wanderers, there were six changes to the team that lost to Atletico Ottawa last weekend. That included a first ever start for 17-year-old Adisa De Rosario, son of legendary international Dwayne De Rosario.

The game’s only goal came eight minutes in as Ashtone Morgan dispossessed Jake Ruby in the midfield. After a one-two with Woobens Pacius, Morgan played it across to Kwasi Poku. Playing as the 10, the youngster controlled it and then hit a well-placed shot past De Rosario.

The Hammers controlled the first half, getting two further shots on target. They limited their guests to just one effort in the opening 45. Still, the game remained 1-0 going into the locker rooms.

Halifax ended up playing much better in the second half, creating seven chances. That included a chance from a corner to which Mohamed Omar had an attempt blocked by Dominic Samuel.

Substitute Aidan Daniels forced a save from Triston Henry five minutes from time, his effort coming of the post. Andre Rampersad also had a massive opportunity in stoppage time, but he was also thwarted by the Forge defense.

With the result, the Wanderers finished their season in seventh place with a record of 8-4-16. They scored the least number of goals this season with a total of 24.

Forge will end their regular season in second spot, amassing 47 points (14-5-9). They will face Cavalry in the semifinals over the next two weekends. The first leg will be at Spruce Meadows next Saturday before the return leg at Tim Hortons Field on the 23rd.