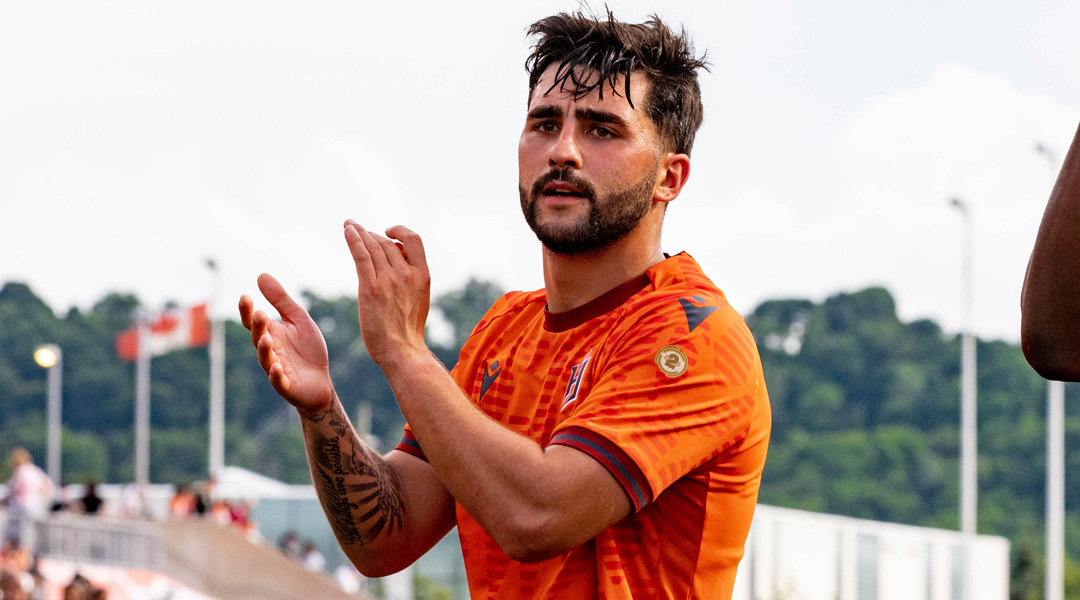 The Hamilton-based team will be hoping to restore itself as the league’s champion after falling to Pacific FC in the final last year.

The hammers were able to secure a postseason berth right at home in a local derby against already-eliminated York United, a fact that was likely icing on the cake for hometown fans.

Head coach Bobby Smyrniotis shouldered a slow start to the domestic campaign before overseeing a strong marathon slog from his squad, with Woobens Pacius bagging double digit goals, Tristan Borges amongst the league’s top assist producers, and Triston Henry climbing near the top for clean sheets.

While the hammers have enjoyed one of the most consistent year-over-year rosters, Smyrniotis has found ways to improve his side with reinforcements like strong defender Rezart Rama, former Toronto FC players Ashtone Morgan and Jordan Hamilton, and the dramatic capture of Pacific duo Alejandro Hojabrpour and Terran Campbell, among others.

The roster has combined for the league’s most efficient attack, with the team scoring three goals or more on eight separate league matches this year, while conceding less than any other team, too.

While no other team has been so dominant as to secure a double digit goal differential, Forge has blasted its way to a positive +22 goal differential, which is three-times what table topper Atletico Ottawa has produced en route to securing their first playoff passport stamp this year.

Suffice to say: with Forge outscoring their opponents while conceding less than them, the Hamilton-based side are sure to be postseason favourites yet again, but history isn’t made on paper.

It has also been incredible to watch Alexander Achinioti-Jonsson convert himself into one of the league’s top centre-backs while Daniel Krutzen spent much of the season sidelined, with the defender only recently returning into the lineup.

Forge FC has also played less matches than any other club in the top half of the table, suggesting that the team has a golden opportunity to finish as regular season champion in a homestand that will conclude against Pacific and the Halifax Wanderers.

This year has also seen Forge FC make history as the first CPL team to appear in the Concacaf Champion’s League, and they also played in a belated Canadian Championship Final against Toronto FC alongside this year’s iteration of the domestic cup as well.

With a fourth consecutive appearance in the Canadian Premier League’s postseason stage now secured, it’ll be interesting to watch how the league’s most consistent team finishes the season.

They become the second team to qualify for the playoff stage after Atletico Ottawa accomplished the feat yesterday.