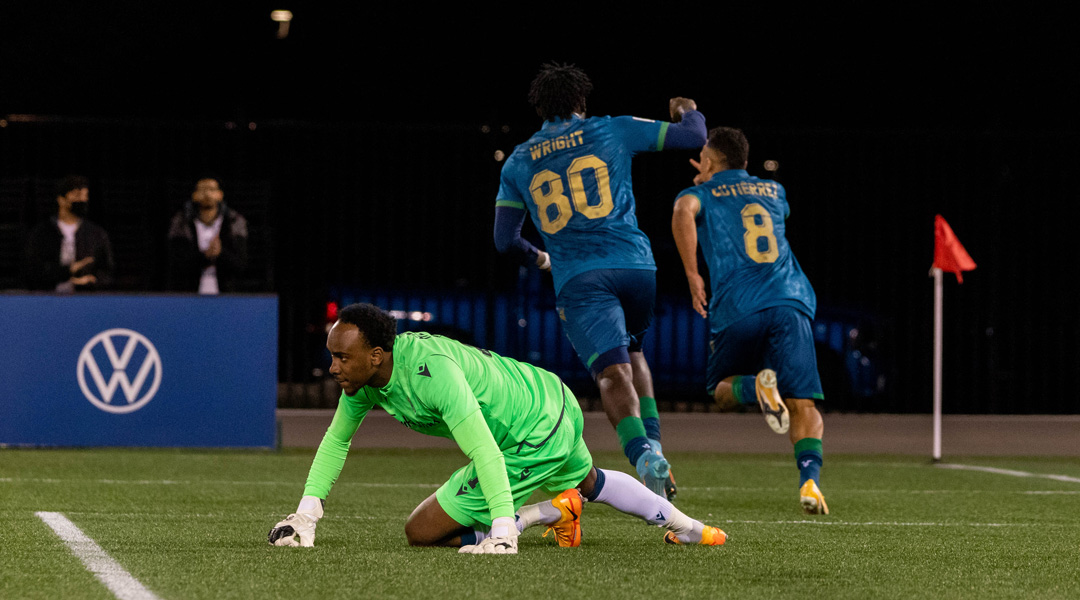 The second month of Canadian Premier League action has seen clubs really hit their stride, and we’ve seen the already-thick pile of goal-of-the-season contenders get a few more candidates as a result.

23-year-old Dutch winger Gianni Dos Santos procured a real moment of magic to spark a comeback for Pacific FC last week: with the club two goals down, he regained possession following a poor clearance, turned, and fired in an audacious long range effort that looped perfectly over golden glove winner Jonathan Siriois at the near post.

That’s not exactly an easy task list, but Dos Santos did it in a matter of seconds, and he made it look easy. The move was his first goalscoring contribution since assisting on Pacific’s title-winning goal last season, so you’ve got to say he certainly makes them count.

There’s nothing life celebrating your twentieth birthday by scoring a match-winning last-gasp goal-of-the-year contender against the run of play in front of a home crowd.

CF Montreal loanee Sean Rea has been an absolute force in the Valour midfield, and he showed technical ability above and beyond what we expect to see in the CPL when navigated his way out of a sea of blue and green players to unleash a tremendous solo effort.

Describing the goal after the match, Rea described how he wondered how he was going to get out of the situation when he gained possession surrounded by three players. “My body honestly just took over,” he reflected, “I found a way out and I thought, ‘this is my chance’ and I just shot left corner, and it went in. It was a rush of emotions. It was just incredible.”

That’s not the only highlight reel goal he scored this month, either: the youngster caught Callum Irving off his line a few days ago, so he looped in an incredible long range effort to put his side in front. He showed plenty of situational awareness to see the opportunity, bursting beyond his marker and executing flawlessly to make it happen.

It gets even better when you realize that the move got its start with Rea having moved all the way back to the tip of his own box to help defend a set piece, with his all-around-the-pitch contribution certainly paying off here. This kid is ready for MLS.

When defensive midfielder Noah Jensen joined Forge ahead of the club’s Champions League debut, the former Sigma FC product arrived as a relative unknown at the professional level. The Courtice, Ontario-born youngster hard only carved out a handful of minutes before earning a start against Atletico Ottawa, but he repaid the faith shown in him by unleashing an astounding an incredible effort past Ingham into the far post.

The former MLS SuperDraft contender has made a few more substitute appearances since, and now everyone knows what the 22-year-old has in his locker.

For us, the cream of the crop came when Sebastian Gutierrez stamped his mark in the dying embers of a 905 Derby match: a smart one-two between the Colombian midfielder and Osaze De Rosario saw him gain possession in the box. Showing incredible composure and technical ability, he managed to get both Dominic Samuel and Triston Henry to commit to wayside movements before slotting the ball home in what can only be described as football artistry.

It’s the closest thing we’ve seen to the widely-shared Kadell Thomas goal from 2019, and we’re absolutely here for more of that energy.

We’ve got to give a shout out go to Ali Musse’s confident kick and Ollie Bassett’s blast which made history as the first ATO goal scored against Forge, too.

The second month of the season saw 39 goals scored, a slight decrease from the 44 seen last month. With defenses settling in and players finding their form, that was too be expected – but with only two scoreless draws through the entire month, clubs are still certainly putting them in. We’re keen to see what heat the players can produce as summer hits its stride!