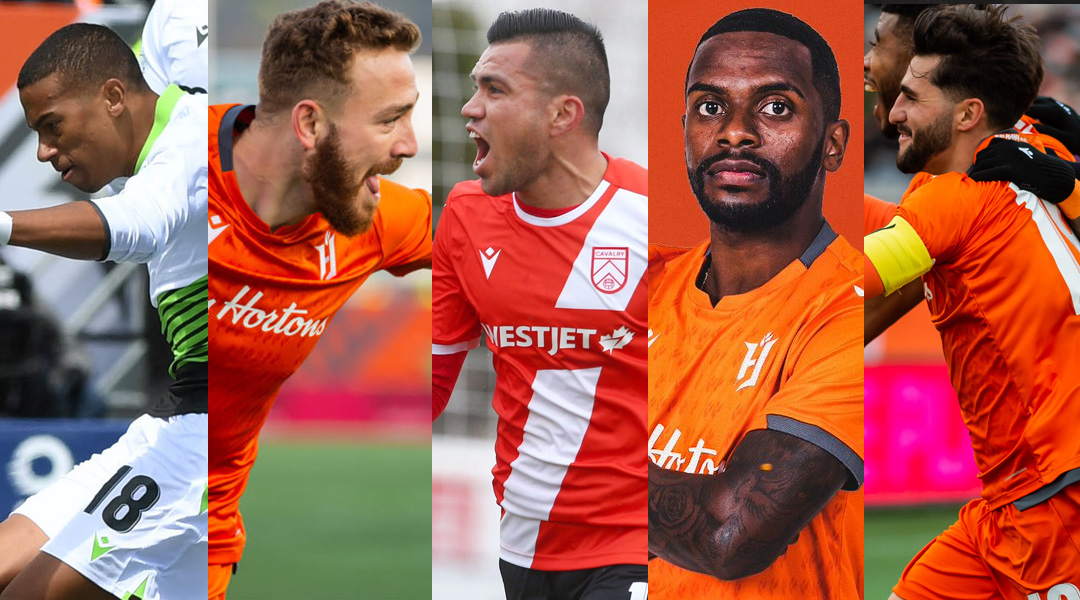 Update: The Canadian Premier League has announced that Forge FC top goalscorer Tristan Borges has won the goal of the month for his strike against York9 FC!

The Canadian Premier League has officially played over one month of action, and that means that the league is due to reveal its goal of the month. The winner will be announced at 10AM ET, but until then OneSoccer has crafted its own shortlist for goal of the month.

Let’s take a look at what OneSoccer believes are the best goals from the last month. They’ll be presented as a mix of tweets and YouTube clips, since the streaming service bizarrely started showing only goal celebrations on Twitter.

Sure, it may have technically occurred in April, but for posterity’s sake it makes sense for OneSoccer to include Toronto FC loanee Ryan Telfer’s cool finish. Three minutes into the inaugural match, York9 FC took advantage of a failed defensive clearance. Telfer went one-on-one with Triston Henry, and the rest is history.

Escalante Puts In a Tricky Freekick

Cavalry FC have found the formula to etching out wins, and Honduran striker Jose Escalante contributed this in a big way with his freekick against Valour FC. The low curler went perfectly through a number of players in the box, catching Tyson Farago off-guard and ultimately earning Cavalry FC all three points.

Former League1 Ontario man Anthony Novak has made himself a presence at Forge FC, and his early goal against Pacific FC shows exactly why. Taking one touch to give himself a sliver of space on a tight angle, Novak turned and confidently smashed this one home – it was a real thing of beauty that set the tone for the rest of the match.

Both of Forge FC’s first-ever signings linked up to spoil the party for York9’s league home opener. After an hour-long weather delay, Chris Nanco gave the hammer the lead with a deftly placed finish that left Nathan Ingham with little chance to make the stop. It was Nanco’s superb placement that allowed Forge to take the lead.

The second goal to make the shortlist also came from York9’s 0-2 defeat to Forge, and it’s certainly up there with one of the best Canadian Premier League goals yet. Kyle Bekker’s freekick was dummied by Chris Nanco, giving CPL leading goalscorer Tristan Borges an opportunity to bury the ball into the back of the next – and boy, did he ever take it.

The official Canadian Premier League Goal of the Month will be announced by the league later today, but the shortlist provided by OneSoccer certainly shows that there’s been plenty of great action around the league.

Silva on Y9 Season: ‘Not Time to Hit The Panic Button’