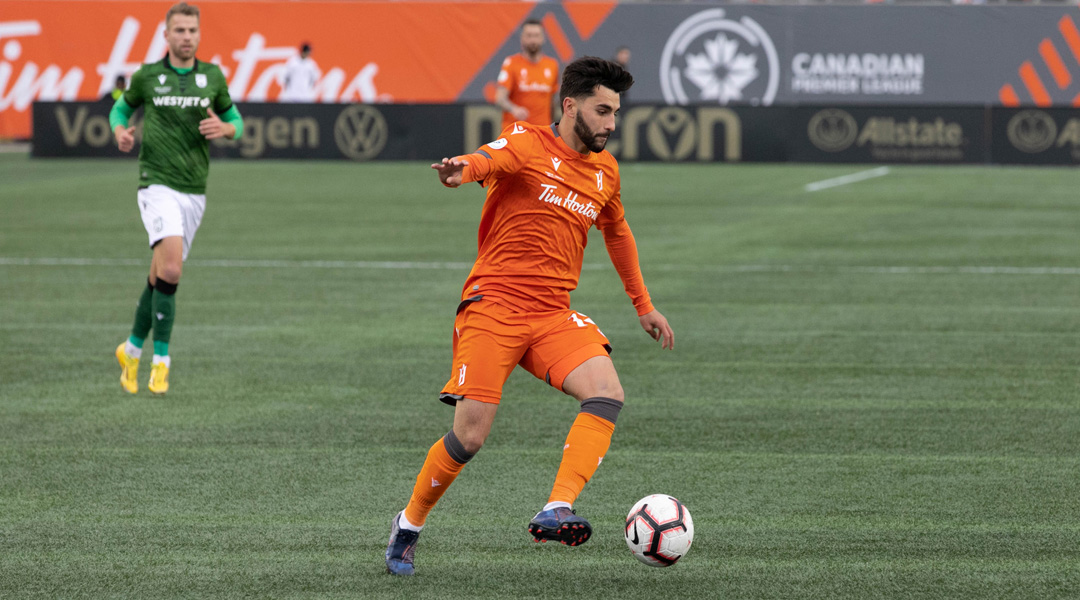 2019 has been a big year for 21-year-old attacking midfielder Tristan Borges: the Forge FC man has just won his first league silverware in the North Star Shield, and he played a big role in helping his Hamilton-based club get there. Scoring thirteen goals throughout the inaugural Canadian Premier League season, he’s finished as the league’s top goalscorer and, thus, has won the Golden Boot.

Related: Borges Scores Against Every CPL Club (With Video)

It was just yesterday that the Canadian Premier League revealed its individual awards, which will be officially presented in Toronto on November 26. The Golden Boot award is an Inuit soapstone carving of a hunter, which is a fitting prize for a midfielder who has successfully scored against all of the other Canadian Premier League teams.

The former SC Heerenveen player has one individual award locked down, but he’ll certainly be in contention for both the Most Valuable Player and, having just turned 21 in August, should be up for the Best Canadian U-21 Player award, too.


The 21-year-old nearly missed out on the second leg getting sent off by referee Pierre-Luc Lauziere, but Canada Soccer accepted an appeal from Forge FC that allowed him to feature in the second leg.

While he may have finished the season two goals above Cavalry FC striker Dominique Malonga, it was a tight-knit race for most of the year. In fact, Pacific FC youngster Terran Campbell went through a stretch of fine form that saw him lead the scoring charts into the double digits, though he was overtaken by Borges in early October.


It’s not clear what’s next for the creative attacking midfielder: he’d previously said it was good to be back home ‘for a little bit’ admit persistent rumours about his next destination. Many fans believe he could make the jump up to Major League Soccer, though a return to overseas action could certainly be on the cards, too.

For its part, Forge FC has yet to make any roster announcements regarding the 2020 season. Having just won the inaugural Canadian Premier League campaign, the Forge FC players are likely going to enjoy the moment for the next day or two before any contract talks regain their full attention.

With Borges locking himself in for the Golden Boot – while being in with a shout for two other individual awards at the same time – he’s certainly got a good feather in his cap when it comes time to negotiate a new contract.