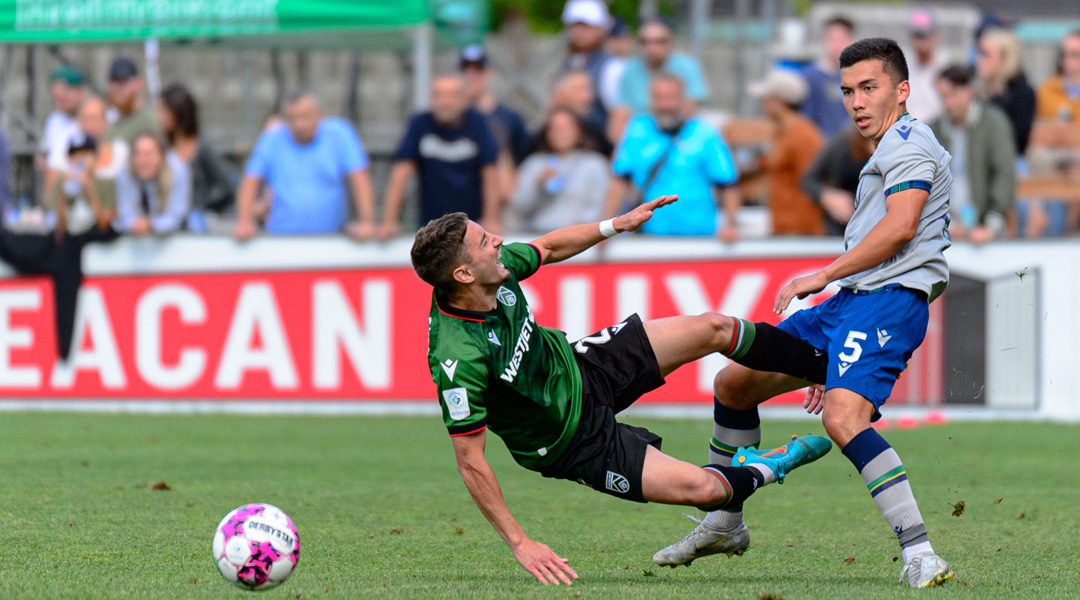 Fall was in the air at the Wanderers Grounds as the home side tried to find any sort of salvation for their season. On Cavalry FC‘s side, the visitors wanted to place another hand on one of the four coveted playoff spots, especially with Valour’s recent form making each playoff spot harder to win.

In the first 25 minutes the game was wide open, with the HFX Wanderers dominating most of the play and having the majority of the clear-cut chances. Jeremy Gagnon-Lapare was pulling the strings in midfield, and the press was fully working against a seemingly sluggish Cavalry side.

Unfortunately, JGL was withdrawn in the 27th minute due to injury, and the dynamic completely changed after that: the press slowed, possession shifted to Cavalry, and the creative spark in the final third seemed to diminish significantly.

In the end, it was a game that had a lot of missed chances, with a lot of spectacular saves thrown in. At the final whistle, Kieran Baskett and Marco Carducci were both fully deserving of their clean sheets. All-told, the win could have gone to either team, with a few different bounces here or there. Instead, they split a point apiece.

“We need to win games like this. This is game where we should have gotten a result, this is the second time we’ve played Cavalry here. The first time we were up 2-1 until the 90-odd minutes into the game and we let them in, and this time we failed to take our chances,” reflected Stephen Hart after the match.

A few notes of interest: both Cristian Campagna and Gabriel Escobar made their full Wanderers debut and looked excellent. Campagna showed a cool, calm head in central defence as well as excellent line-breaking passing ability. Escobar brought tenacity, pace, and some silky footwork to the right wing-back position.

Cavalry now moves to 38 points in 23 matches, just two back of Atletico Ottawa. That makes them good for second place in the league. Halifax, meanwhile, is now nearing two bad results away from playoff elimination.

Still, the final combination of positions and teams in the CPL playoff race is still completely undecided and will be hotly contested till the final match!