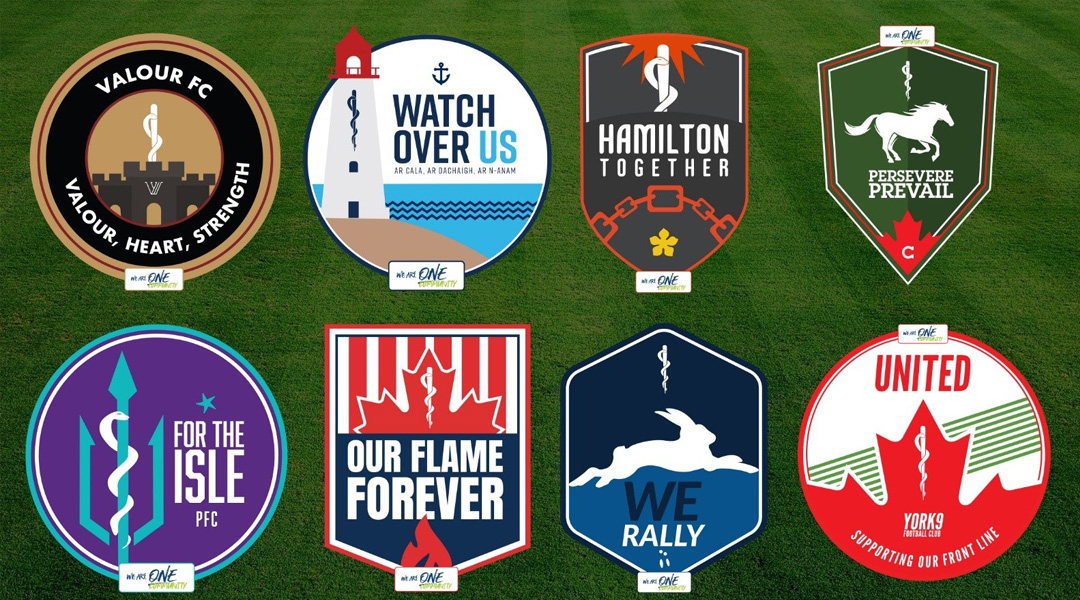 It’s not often that fans get a look at previously unreleased concept images from the Canadian Premier League, but this week saw a neat treat for fans of all eight teams pop up involving concept art from 2020.

The league’s second season saw a lot of pivoting due to the COVID-19 pandemic, with a shortened season eventually taking place in bubble format in Charlottetown.

While all eight teams sported Black Lives Matter emblems on their kits for the tournament, the league had previously prepared concept designs for Healthcare Heroes emblems in support of local health services amid the early stages of the pandemic.

Only one of them was ever released, and until now it wasn’t even known that there were concepts done for the other seven teams in the league. They’ve now been shown off by York United Creative Lead Robert Marchese, the man who helped produce the visuals behind the club’s rebrand later on that year.

It turns out that Marchese had also worked with the league on concepts for all eight potential healthcare heroes emblems, with the designer posting the full collection on Twitter this week:

Only York United ended up launching a limited run of its Healthcare Heroes Emblem in early 2020, with proceeds of kit sales going towards the Mackenzie Health Hospital’s COVID-19 Response Fund.

All of the club graphics incorporate the Rod of Asclepius, a serpent-entwined rod that has long been the symbol of healing and medicine named after the Greek God of the same name.

It’s interesting to see the different mottos put on for all eight emblems, with cubs like Pacific FC and FC Edmonton staying close to home with theirs with ‘For The Isle’ and ‘We Rally’, while other clubs branched out: for instance, Atletico Ottawa’s says ‘Our Flame Forever’, which may be simultaneously paying respect to the Ottawa Fury and the city’s Centennial Flame.

There was also some potential foreshadowing of the York United rebrand on the Nine Stripes emblem: 2020 ended up being the club’s final year as York9 FC, though anyone with a healthcare heroes emblem will see a big ‘United’ text on the emblem – a perhaps unknowing sign of things to come.

It’s always neat to see a bit of the creative work behind the scenes, even if the designs never made it beyond the conceptual stage.

From what we’ve heard, that’s far from the only unreleased graphic pertaining to the CPL – perhaps more will come to light over time.