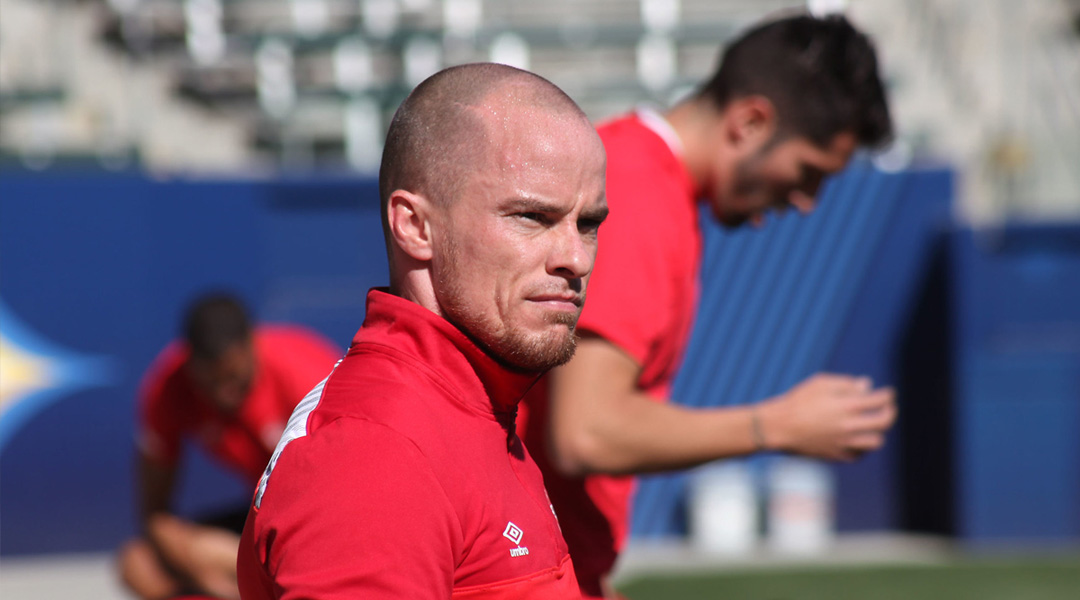 This is an excerpt from a full interview between Iain Hume and Northern Tribune to come later this week.

When the Canadian Premier League was approaching its inaugural season, there were many fans who expected former Canadian international Iain Hume to be one of the most likely signings for the burgeoning league.

Instead, Hume would remain in India, where he to stayed with ISL side Pune City throughout the CPL’s first few months of action. As it turns out, the former Leicester City striker came quite close to joining a CPL side and participating in the domestic professional league’s inaugural season:

I was interested to be out there for the start of last season and had a bit of supposed interest from a few clubs and an offer from one club. Unfortunately, I had a bit of trouble with the end of my contract in India last season and was unable to leave without the risk of not getting paid, so I had to hold out until the summer transfer window. Then unfortunately, although people said they were still interested, obviously and disappointingly, nothing happened again.

The news that a Canadian Premier League club had submitted a contract offer is certainly food for thought, especially since Hume reacted positively to it. Unfortunately, the aforementioned contract difficulties with Pune City precluded him from taking the opportunity ahead of the inaugural season.

By a twist of irony, Hume had first traveled to India to take part in the ISL’s inaugural season back in 2014. He’s been there ever since, but with the twilight stages of his playing career beckoning, he’d like to ply his trade in front of family in Canada.


Hume was a free agent by the time the fall season transfer window opened. While discussions within the CPL were had, a contract offer never came to fruition for the 36-year-old. Still, he made it clear that he was interested in participating in the league’s second season:

I think the fact that I know I’m getting closer to the end of my playing career, the opportunity to play back at home in front of family and childhood friends, would be a great thing for me.

At 36, Hume would be the oldest player to play in the Canadian Premier League if such a move was to come, with the likes of Issey Nakajima-Farran (35), Marcel de Jong (34), and David Edgar (32) providing some of the most influential veteran Canadian presences in the meantime.


With rumours of international roster rule changes potentially adding an age cap for international signings, veteran domestic players like Hume may become even more important in terms of locker room leadership to help the younger domestic professionals along.

With Hume still keen on a move to the Canadian Premier League, it’ll be interesting to see if anything develops ahead of the league’s second-ever season.

Our full chats with Iain Hume will be published later this week!