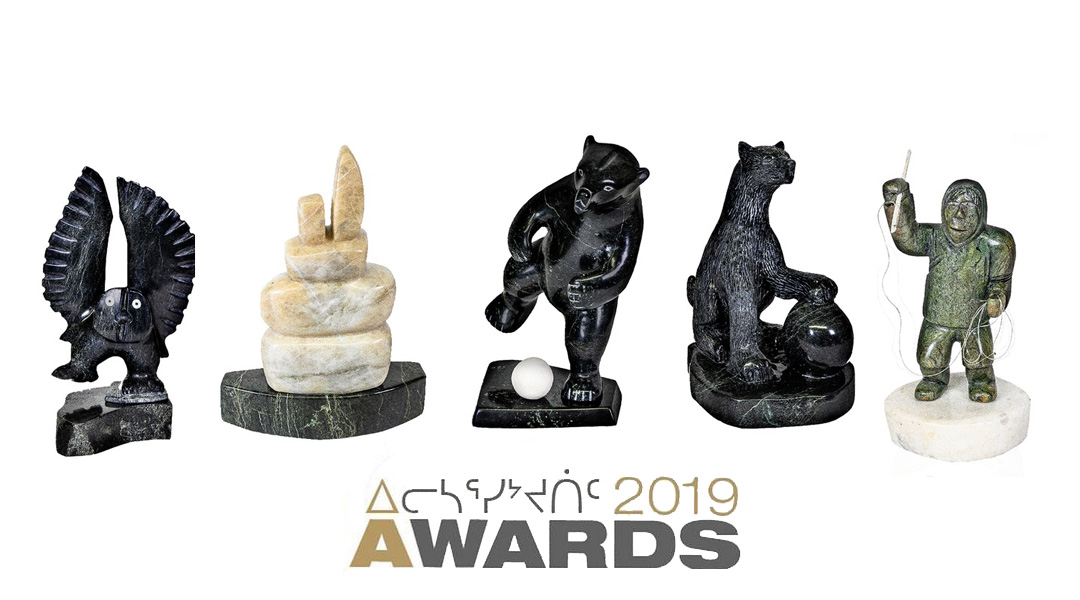 Each award is a one-of-a-kind Inuit soapstone production carved by artists in Kinngait (Cape Dorset), home of the famous art studio opened by James Houston in the 1950s and the birthplace of Kenojuak Ashevak’s famous artwork, The Enchanted Owl.

The decision to honour Inuit culture for the individual awards has been met with much positivity from fans and pundits alike, and brings important representation for the Inuit into a league that describes itself as ‘By Canadians, For Canadians’.

We wanted the player awards to be unique, special, and truly Canadian. Each year, we will have the players’ version carved based on the main soapstone carving, giving each winner their own one-of-kind piece of art. We are proud of these awards and what they represent, and are thrilled to have worked with these talented artists from Cape Dorset.

Without further ado, here’s a rundown of the five awards:

Awarded to the top scoring player in the spring/fall competitions and finals.

The Canadian Premier League compares goalscorers to hunters, who are courageous and fearless in the hunt, while being versatile and adaptive no matter the conditions.

While not every fan was happy to hear that the Golden Boot award included the postseason, that means the inaugural race is still alive and well: Forge FC playmaker Tristan Borges stands in first place with thirteen goals to his name, and with his red card now overturned he’s in a good spot to see off Cavalry FC’s Dominique Malonga – who currently sits at eleven goals – for the first-ever CPL Golden Boot.

Awarded to the player selected as the best Canadian Under 21 based on performance and overall attitude on and off the pitch.

The polar bear was an apt selection for this award, with the Canadian Premier League opting to display the transition from Atiqtalaaq to Nanook.

Atiqtalaaq means a polar bear cub, and it’s an Inuit word also ascribed to babies and young ones. The award demonstrates Atiqtalaaq showing promise to become Nanook, who is a creature known as the master of bears and one of the most respected and formidable animals roaming Canada’s North.


The Canadian Premier League Player Of The Year Award

Awarded to the most valuable player in the Canadian Premier League based on their overall play and importance to their club.

The Canadian Premier League Player Of The Year Award is a Nikisuittuq, which is an Inuit stone landmark known as an Inuksuk. The top stone of a Nikisuittuq points towards the North Star, which ties in with the player helping his club towards the league’s championship shield of the same name. A Nikisuittuq is an important Inuksuk used to navigate and, as the league says, ‘lead a traveler home; sending them in the right direction’. In short, a leader.

Awarded to the goalkeeper voted to be the best at this position based on performance and overall support for their club.

The Golden Glove award is based on the Canadian Inuit Dog, which plays the vital role of protector in the Inuit community. Possessing the traits of loyalty, toughness, bravery, and intelligence, these qimmit (dogs) are the definition of who one wants to have at their back.

Awarded to the coach voted to have contributed the most to his club’s all-around performance.

The owl has long since been a symbol for heightened wisdom, guidance, and knowledge, making it a natural choice for the coach of the year. Beyond that, the exemplary vision of an owl gives it the ability to see what others cannot, which certainly ties in with what a coach of the year will have done throughout the season.


The Canadian Premier League seems to have knocked it out of the park with these individual awards. The nominees of the inaugural creations have yet to be revealed, which makes sense given that the inaugural season hasn’t quite wrapped up yet.

The second leg of the Canadian Premier League finals will take place later on today at 3:30PM EST. Forge FC won the first leg, meaning Cavalry FC has it all to do tonight at home in Spruce Meadows. The live match will be available to OneSoccer subscribers, with CBC Sports broadcasting it on a tape delay for television viewers.