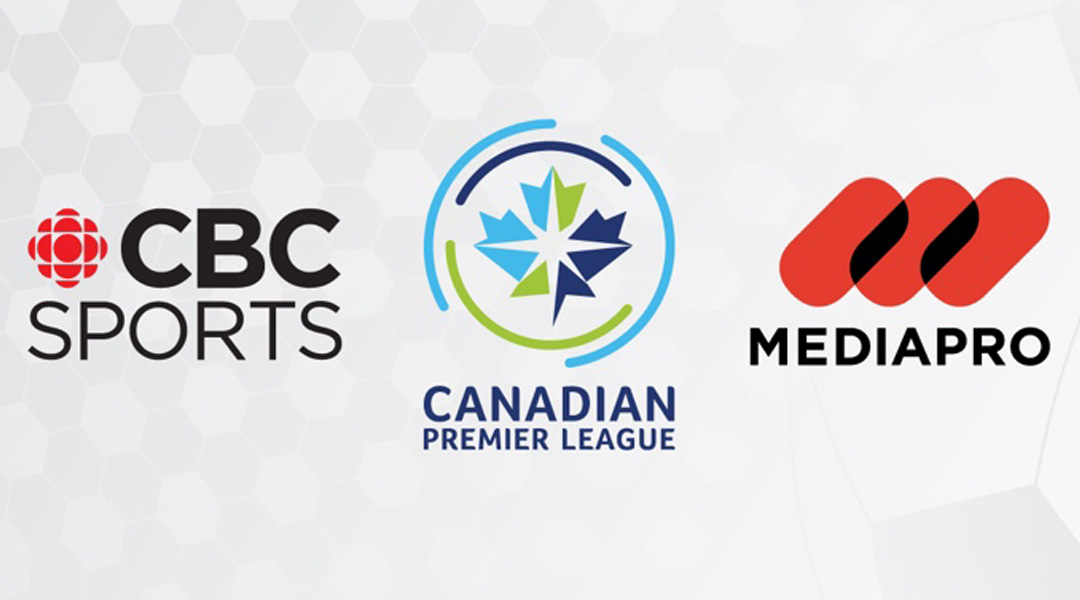 The Canadian Premier League has now announced that CBC Sports will be broadcasting select matches from the 2020 regular season. The network will air every Saturday-based double-header, which totals eight games in all from the regular season.

The matches will also be available to stream via CBC Gem, the CBC Sports Website, and the CBC Sports App. Of course, OneSoccer will still have every single match from the regular season available on the subscription-based streaming service, with the matches themselves being produced by MEDIAPRO Canada.


The first double-header shown by CBC Sports will see York9 FC take on expansion side Atletico Ottawa at 1:00PM this Saturday, with the the Halifax Wanderers and Pacific FC airing after that. The former match will be on a one hour tape delay (subject to change), though the latter will be live.

Every match from the season will take place at UPEI Alumni Place on the turf field, with the league otherwise sequestered to the Delta Prince Edward hotel for the duration of the bubble tournament.

The network’s matchday coverage will be hosted by Andi Petrillo this weekend, with Scott Russell then poised to take over for the remainder of the season. Nigel Reed will return for play-by-play commentary, with former national team goalkeeper Craig Forrest also joining in as an analyst. He’s a member of the expanded OneSoccer crew, too.

Onesoccer has added several other familiar faces to its roster for this season, including the likes of James Sharman and Joshua Kloke. There’s also a fresh array of new programming coming from the service, with returning features like regular power rankings hosted by Gareth Wheeler:

CBC Sports has announced that it will also host CPL videos, player profiles, and highlight shows across all of its platforms, helping to bring the burgeoning league to new eyes.

Here’s a list of the matches available on CBC Sports, with the 1:00PM fixtures noted by the league as subject to change. Those matches are on a one hour tape delay (with OneSoccer streaming it live), though the second game of each double header will be a live broadcast.

Right now it’s unclear if CBC Sports will be airing any matches from the playoffs or the final, though it’s expected that the network will continue to pick up matches beyond the regular season. Last year saw CBC Sports air the first leg of the CPL Final live, and we confirmed with the network that it had a big impact on viewership. The network also aired the second leg on a tape delay, too.

There were rumours that the league was in discussions for a broadcast deal with TSN, but for the time being it appears that CBC Sports will once again be the sole television network to cover the league within Canada’s borders.


Once the regular season concludes, the top four teams will enter a second round robin playoff that will then see the top two sides play a single-leg final. The winner of this will take home the North Star Shield and secure itself a spot in the 2021 Concacaf League.

Atletico Ottawa find themselves the proverbial new kid on the block with a lot to prove, but with clubs like Valour FC and the Halifax Wanderers going though significant roster overhauls, it’s tough to tell how the 28-game regular season will unfold. At the moment, most pundits seem to be putting Forge FC, Cavalry FC, and York9 FC as the early favourites.

The Island Games will kick off this Thursday at 8:00PM with Forge FC taking on Cavalry FC. As a weekday match, it will be available exclusively on OneSoccer.