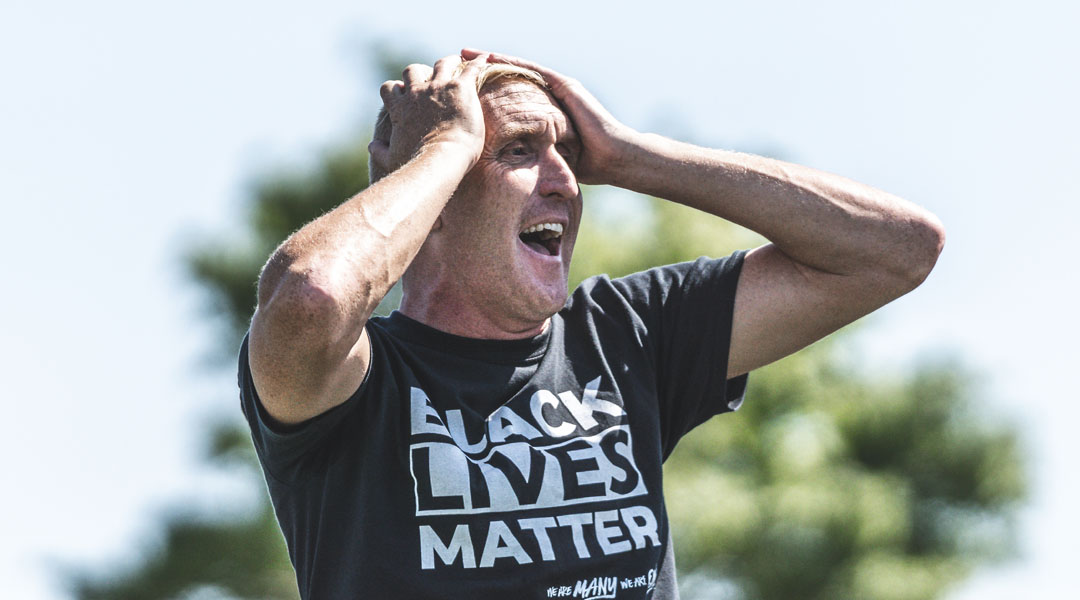 With the 2020 Canadian Premier League regular season now at its halfway point, there’s been plenty of exciting drama as all eight sides have found their footing following ten months without competitive action.

The bubble tournament based in Charlottetown, Prince Edward Island has played host to plenty of great goals, a good quality of play, and a few defining factors that we’d like to touch on as teams prepare for the second half of the Island Games tournament.

Without further ado, here’s four takeaways from The Island Games so far:

Late Game Drama Is The Norm

The first thirteen matches from the 2020 Canadian Premier League season have seen 36 goals scored, and an astounding 22 of them came in the second half (8 of which came in added time).

With the condensed league schedule of the bubble tournament paving way for tired legs and the five substitution rule meaning that playing squads are increasingly changed as the match wears on, it’s no small wonder that late game goal drama has become the norm.

Yesterday alone was a prime example of such, with FC Edmonton scoring twice in the game’s final minutes to deny Atletico Ottawa a historic first victory. With eight goals taking place in added time so far, every match in The Island Games seems to have high potential for last-gasp drama.

It’s also worth noting that a good 63.6% of goals in the league have come from international players so far, despite the fact that the rosters feature a heavy Canadian majority – especially with many international signings being replaced with domestic talent due to the pandemic’s border closure. This is in large part to the fact that the to five top spots in the golden boot race belong to internationals, with Jordan Brown (3), Nathan Mavila (2), Akeem Garcia (2), and Javier Acuna (2) off to hot starts alongside Canadian midfielder Kyle Bekker (2).

As the regular season hits its halfway point, it’s fair to say that penalties have played a big role in how games have panned out: the first thirteen games saw no less than nine penalties conceded, and so far no Canadian Premier League goalkeeper has been able to make a single save from any of them. With six penalties coming in the second half, tired legs committing fouls has definitely helped shaped the league table so far.

So, which sides are winning the penalties? Cavalry FC and the Halifax Wanderers have three apiece, while Forge FC, York9 FC, and Valour FC have had one. The rest of the teams have yet to earn anything in the box.

While Cavalry FC topping the table and Forge FC starting to run away with the second spot isn’t new for anyone who tuned into the league last year, the six other teams have very little to be separate them: only three points separate third from eighth, meaning every side is well within within reach of a coveted playoff spot.

Cavalry FC are all but a lock with the undefeated side having ten points while Forge FC rest comfortably with eight, though every other team has a game-in-hand over the top two. A much-improved-looking Valour FC stand behind them with four points, while York9 FC’s three points see them occupy the last playoff spot due to a single point difference over the next three clubs.

FC Edmonton currently sits at the bottom of the table with one point from its opening three matches, but now that the side has broken the mental goalscoring barrier it was facing it’ll be interesting to see if the club can rally to rise up the table.

With twelve points left to fight for, Nine Stripes gaffer Brennan says he’s not worried about the situation. Given that five of the eight CPL teams are still without a win, it’s clearly all still left to play for in the tight-knit table.

Half The Clubs Already Have The Required Domestic U-21 Minutes

The Canadian Premier League decided to pro-rate the required domestic U-21 minutes due to the shortened regular season, with each side now required to give their youngsters 250 minutes of cumulative game time. Both Atletico Ottawa and Valour FC have already doubled this requirement, with Rob Gale handing plenty of action to Julian Dunn and Mista splitting plenty of time between Malyk Hamilton, Gianfranco Facchineri, and 16-year-old Antoine Coupland.

The Halifax Wanderers and Pacific FC have also surpassed the requirement, with FC Edmonton, Cavalry FC, and York9 FC all within fifty minutes of doing so in their next match.

The outlier here is Forge FC, which has seen Klaidi Cela register just two minutes of game time after four games played. The other two domestic U-21 players on the Forge FC roster, defender Monti Mohsen and backup goalkeeper Baj Maan, have yet to appear so far – but Smyrniotis will be required to rack up some good minutes for his youngsters within his side’s next four games.


The 2020 Canadian Premier League season has been a lot of fun to watch so far, and with fifteen games to go in the regular season there’s a lot more to come before the top four sides enter the second round. While history seems to be repeating itself with the early Cavalry FC and Forge FC dominance, there’s no telling what drama could unfold in a season where the the top half of the entire league venture into playoffs.

The Canadian Premier League is hoping to bring in more eyes from coast-to-coast and beyond, announcing new broadcast deals with CBC Sports and CHCH TV, while Fox Sports has also begun showing matches and Indian sports network 1Sports is replaying all the games, too.