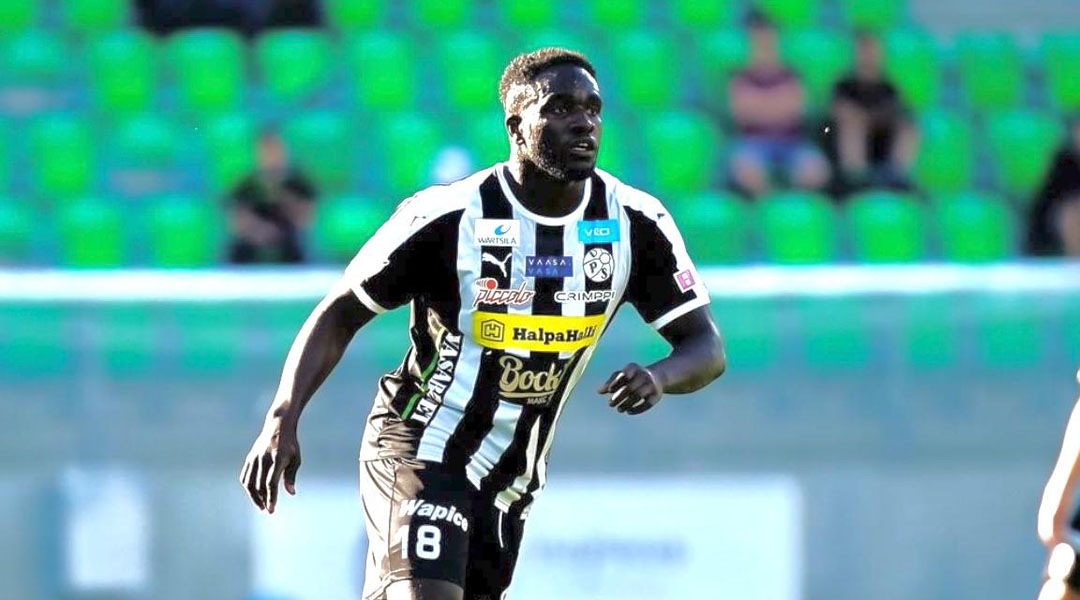 Canadian defensive midfielder Jeff Addai’s time with Finnish Ykkonen club Vaasan Palloseura has come to end, with the 27-year-old now searching out where his next chapter will take place.

Addai had signed a one year contract with Vaasan Palloseura that included an option to extend, but the former Tulsa man is now evaluating options both back home in Canada and elsewhere.

The five-foot-ten midfielder is an aggressive presence on the pitch, with a physicality that would find itself well-suited to the style of Canada’s domestic league. He likes to keep things simple on the pitch, with Tulsa Roughnecks head coach Michael Nsien echoing that sentiment and adding that Addai reads the defensive game well, both for interceptions and tackles.

Addai has received interest from multiple Canadian Premier League clubs, stating that for the moment the choice is between a return to Canada or jumping back overseas in Europe. While the former Tulsa midfielder has been stateside in recent times, it appears that a move to the USL is not one of the main possibilities.

While there’s an obvious link to expansion side Atletico Ottawa given that Addai was born in the nation’s capital and is represent by OPSM, the club’s roster rebuild remains largely a mystery given that it has only publicly re-signed Malcolm Shaw. While it’s expected that Viti Martinez will also return, players like Francisco Acuna, Ricky Gomes, and Maksym Kowal have all left the eighth CPL club.

Addai spent his youth career developing at Ottawa South United before playing college ball with Spring Arbor University, where an ACL injury challenged him to come back strong in his second year. This sophomore campaign saw him earn a trial with Albanian side KF Tirana, with plans to go pro with the side after the summer. Addai played with the Michigan Bucks in the interim, but tore his other ACL and saw the professional opportunity in Albania pass on by.

The University of South Carolina still offered him a full scholarship as he recovered, with Addai eventually playing for the team (and K-W United when back home). After graduating, he joined the Ottawa Fury Academy, earning a first team contract in 2015. While he never suited up for the NASL side in a competitive match, a connection through now-1812 FC President Julian de Guzman saw him signed with VfR Mannheim in 2016 prior to a short spell in Portugal.

The midfielder had a long-awaited breakout year with the USL side Tulsa Roughnecks at the age of 25, making twenty consecutive appearances in row before losing his place in the squad. A fresh start in Finland followed last year, with Addai making fifteen appearances and contributing a goal and an assist along the way.

Wherever he lands, Addai has fought hard to reach the playing opportunities he’s had. His physical prowess and defensive capabilities could lend well with a variety of CPL teams, though for the moment he’s keeping his options open to a European return.