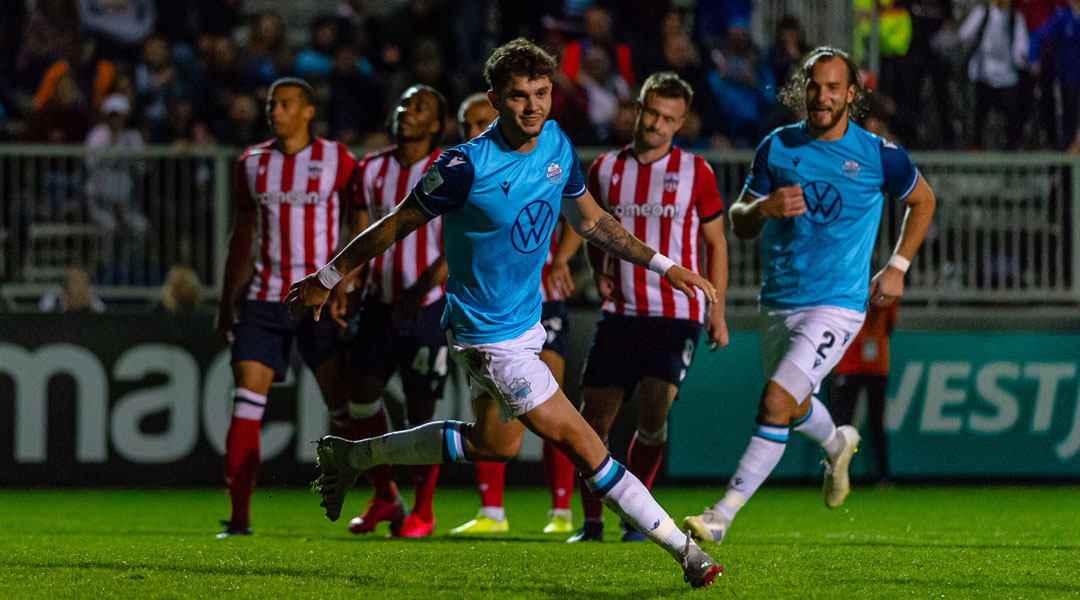 Who else but Joao Morelli?

The charismatic Brazilian scored his sixth brace of the season last night to set a Canadian Premier League record in terms of single-season scoring, while also helping the Wanderers surpass Atletico Ottawa 2-1 to keep themselves labelled as close contenders in the playoff race.

The 25-year-old became the first CPL athlete to surpass the double-digit goal marker this season, with last night’s result seeing his goal tally jump to a record-breaking fourteen. He has eighteen overall in the CPL, which surely makes him a favourite to finish the season as the CPL’s all-time goalscoring leader, too.

The previous single-season record was set in 2019 and held by Forge stalwart Tristan Borges, who won the golden boot with thirteen goals. Joao’s penalty to open the scoring last night drew the Brazilian level to that number, with his fantastic out-of-the-box matchwinner seeing him surpass the record to etch his own name into the CPL history books.

Last night’s brace was Morelli’s fourth against Atletico Ottawa this year, and his second against them this month alone. He has scored more goals against the expansion side than the Wanderers have scored outside of Morelli this year.

The 2021 CPL season has also seen him record braces against FC Edmonton and York United, with additional single-goal performances coming against those clubs, too.

Attletico Ottawa defender Matthew Arnone, who’s side has contributed to the majority of Morelli’s tally this season, described him as a top player and offered an explanation as to how the Brazilian is able to consistently haunt the expansion side:

He has a lot of freedom on the field. He’s not a player that stays in a fixed position, he’s not somebody that’s perhaps in a structure, let’s say, more so given the freedom to roam and be creative. He’s got a knack for showing up in the right spots, today he was neutralized for most of the game and he shows up at the top of the box on a transition and if I’m not mistaken it’s one of the only sniffs at goal he had. He’s a quality player and we knew that coming in, we know that based on his scoring record against us and in the league, he finds ways, and that’s why he’s a top player.

He also recorded a goal against AS Blainville in the Canadian Championship, though that does not count towards the CPL’s golden boot award.

His consistency and lethality on the pitch will see him a likely nominee for the 2021 CPL MVP award, barring any surprises in the tail end of the season. In any event, he’s certainly the golden boot favourite, holding a five goal lead over Pacific’s Alejandro Diaz.

His first season with the Halifax Wanderers came during last year’s shortened Island Games campaign, where he contributed four goals and one assist. It was clear he was a gem in the league, though few would have been bold enough to say he’d sparkle this much come 2021.

With eight more matches still remaining in the season (and more, should Halifax procure a playoff spot), the odds are in Joao’s favour that he’ll add a few more goals to his record-breaking tally this year.

Fittingly, he’ll have an opportunity to close out the regular season with one more match against Atletico Ottawa.

The Halifax Wanderers had moved quickly to exercise the first of two possible contract extensions for Morelli ahead of this season, suggesting that the Brazilian will remain with the Wanderers for at least another year after this. There are more dances from Morelli yet to come.