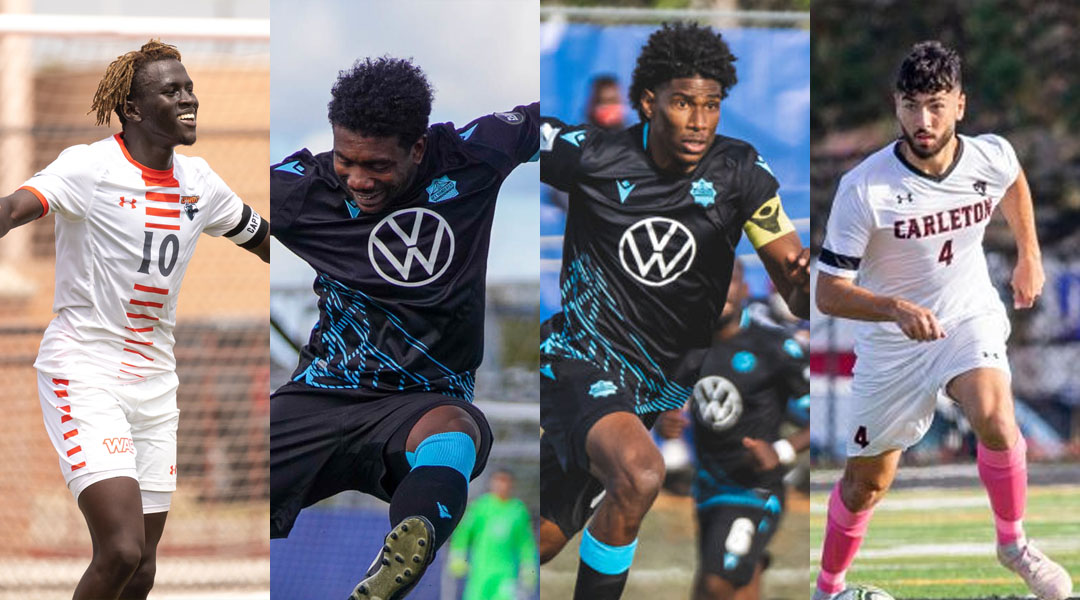 This week has seen four additional Canadian Premier League players called up to their national teams ahead of upcoming World Cup Qualifiers, bringing the league’s tally of call-ups to seven.

While the Halifax Wanderers announced that both Akeem Garcia and Andre Rampersad received call-ups to attend the Trinidad and Tobago training camp ahead of the Soca Warriors‘ World Cup Qualifiers against the Bahamas and Saint Kitts and Nevis, neither athlete is able to attend due the club’s difficulties in securing travel visas for the duo.

Garcia made his Trinidad and Tobago debut in 2015 back when current Wanderers boss Stephen Hart was the nation’s coach, appearing for 26 minutes during a 1-0 friendly loss to Panama. Four years later, his good club form under Hart with the Wanderers led to Garcia returning into the national team fold, with the striker then featuring against Honduras and Venezuela in the CONCACAF Nations League.

This marks the first time that Andre Rampersad has been called up for Trinidad and Tobago, with the club’s captain noting that Garcia’s call up in 2019 had given him additional motivation to earn the nod from the national team – though he’ll have to wait until travelling is a bit easier to make his debut.

Every player dreams to play for their country I would think. For me that’s one of the biggest things in my career, playing for your country. I want to represent the red, white, and black to my full potential.

The next two call ups both stem from the Valour FC Camp, with rookie signing William Akio getting the call from South Sudan ahead of a match against Jordan. The 22-year-old has only recently signed his first professional deal with Valour FC after spending the last three years at the University of Texas Rio Grande Valley, where he delivered eighteen goals and fourteen assists in NCAA Division 1 action.

Akio had been called up by South Sudan in 2019, though he has yet to appear for the country at the senior level. With the country having lost all three of its matches so far this year, the Calgary-born forward will have a golden opportunity to make an impression with the squad – though the late June match date could lead to him missing part of the 2021 CPL season’s start given current quarantine requirements upon his return.

While some rumours have earmarked June 26 for the start of the CPL season, the league has yet to announce a firm start date this far.

Valour FC trialist Tony Mikhael is the other international call-up, with the 21-year-old defender having arrived to IG Field to contest for a spot on the club roster after being named the club’s second pick of the 2021 CPL-U SPORTS Draft. Capable of playing both as a centre-back or a full-back, the six-foot-tall defender now has an opportunity to represent Lebanon at the senior level after accepting a U-23 call-up with the team in March.

Lebanon will face Sri Lanka, Turkmenistan, and tough opponents South Korea this June, with Mikhael’s national team currently in the middle of the pack after five games played.

They won’t be the only Canadian Premier League players on national team duty this month: Atletico Ottawa forward Ryan Telfer has accepted his call up to the Trinidad and Tobago national team, while Halifax Wanderers defender Jems Geffrard will be on duty with Haiti. Pacific FC’s Matthew Baldisimo has also accepted a first-time call-up for The Philippines.

Former York United midfielder Emilio Estevez has also been called up with Taiwan ahead of matches against Nepal, Australia, and Kuwait, while former Cavalry FC defender Joel Waterman will be training with Canada.