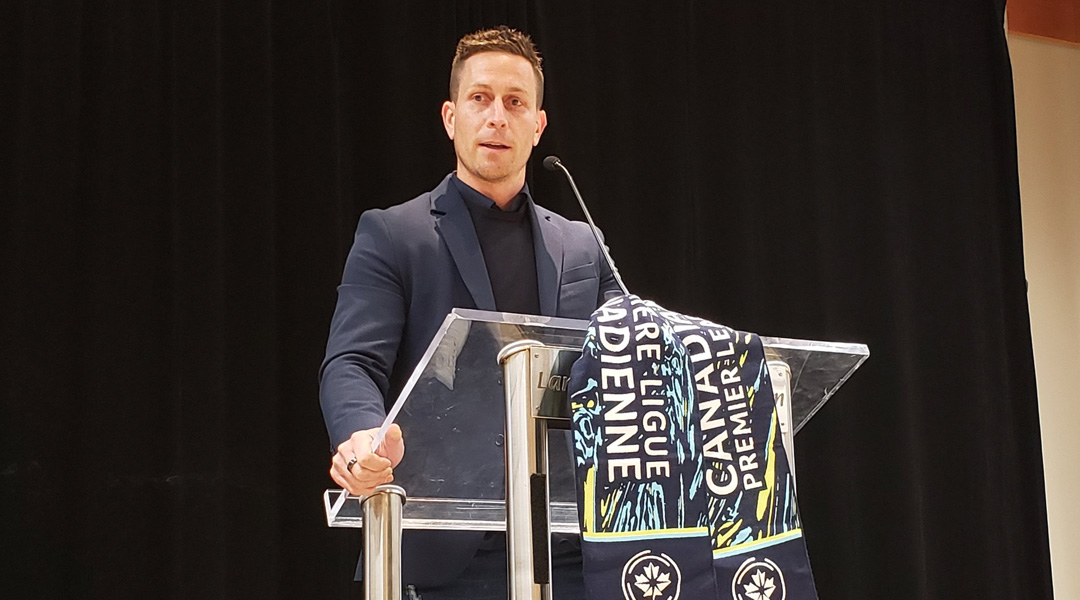 The Canadian Premier League has announced that its Metro-Vancouver expansion side will call Langley home.

The idea of an expansion team playing out of the Langley Events Centre had been rumoured as far back as 2019, with the new club now confirming that it will call the adjacent Willoughby Community Park home.

The club will kick off in 2023, joining the Canadian Premier League for its fifth season.

The expansion side is expected to reveal its name and branding in the coming months, working in conjunction with the local community to establish an identity that represents its new home.

The venture is backed by an ownership consortium led by Pacific owners Dean Shillington, Rob Friend, and Josh Simpson, with Toronto-based Starlight Investments also included as part of the SixFive Sports and Entertainment group.

Friend has been the public face of the project, and has donned the role of Club President for the Langley venture.

The official location announcement was made at the Langley Events Centre today, where Friend stated that he has ambitions for the expansion side to draw in fans from the entire valley community:

This game is growing in this country, this game is growing in this community. To bring the Canadian Premier League to the Township of Langley, we are very, very proud. We’re very optimistic that we are going to grow the game and be part of this community. And it’s not just Langley, it’s Surrey, it’s throughout the whole Valley. It’s about providing opportunities for all. I didn’t have that opportunity. My young kids can now aspire to play in the Canadian Premier League.

What we knew prior:

Club President Rob Friend had revealed that everything for the stadium location had essentially been agreed upon back in February, stating that stadium designs and renderings for this location had also been completed.

The club had held discussions with multiple municipalities, quickly narrowing down its future location to south of the Fraser River where the Pacific FC ownership group had initially looked before establishing a club on the Isle. This group has always had a first right option for the lower mainland, and felt the timing was right to make a move for it last November.

How the club will compete in a crowded sports market remains to be seen: there’s soccer-based competition with the Whitecaps, Whitecaps FC 2, Pacific, and several League1 BC teams already.

“The lower mainland has its challenges,” Rob disclosed two months ago, “whether it’s the ski mountains on weekends, the lakes, the oceans, that’s your competition as well. Vancouver Island was pretty simple: there were no professional sports here. We’re the only one in town, and we planted our flag, and we built from there.”

Given that the new CPL expansion side isn’t the only game in town in the lower mainland, the club plans to begin touching base with the community to collect their input on what a Langley-area team should look and feel like in terms of colours, logo, and behavior.

Friend had made it clear that once the expansion side’s stadium ground was secure, he will removing himself from Pacific’s day-to-day operations so that he can fully dive all-in on the new expansion side.

The club hopes to establish it branding in the coming months following today’s announcement. To that end, Friend says that the club will be touching base with the lower mainland community, opening talks with fans and supporters to see what they want the new Langley team to look and feel like.

While the Langley project is on par with its timeline requirements to launch as an expansion team in 2023, it remains to be seen how the expansion efforts in Saskatoon and the Windsor-Essex area follow.