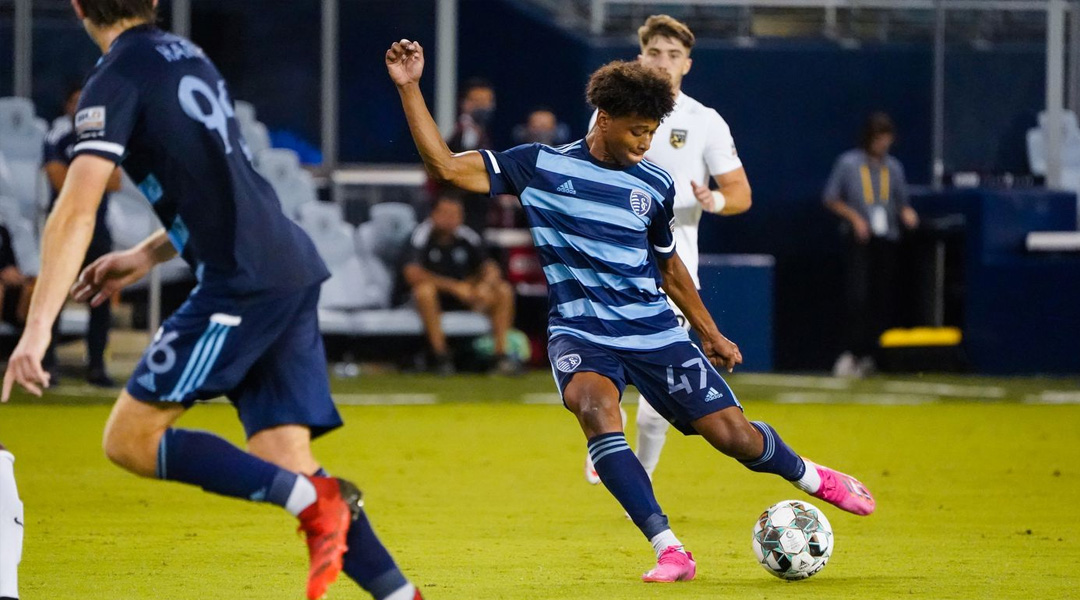 Despite being a highly-touted prospect at the Sporting Kansas City II camp, it looks like Mataeo Bunbury will be moving elsewhere in a bid for a first team contract.

The 17-year-old had contributed four goals and one assist through ten MLS NEXT Pro appearances with SKC II until this point, but has been hungry to push himself at a higher level.

As reported by Chad Smith, however, it looks like Peter Vermes believed Mataeo wasn’t yet ready for the next step up, and this soon became a sticking point for his time in Kansas.

“He’s separating from their academy,” reported Smith. “Shame to lose such a talented and promising kid.”

His exit has prompted immediate speculation that the Canadian Premier League might be a good fit for the Canada U-20 prospect: top flight action in Canada would allow him to test himself under the first team contract he craves, and it’d be in a league with a strong focus on domestic U-21 talent, too.

The son of Alex Bunbury, Mateao is eligible for both the Canadian and United States national teams. He accepted a call-up to the Canada U-20 camp held in Costa Rica back in April.

Bunbury had progressed through the SKC’s U-17 and U-19 groups after arriving from Minnesota United following the closure of their own academy. He made his professional debut for Sporting Kansas City II during the previous USL season, and then transitioned with the club into MLS NEXT Pro.

The Bunbury family has been a staple with Sporting Kansas City: his father Alex played for the Kansas City Wizards, with his older brother Teal making over 100 appearances for the side after being drafted in 2010.

More recently, his father Alex had been involved in a potential CPL expansion team in Montreal.

The Canadian Premier League has proven to be a good fit for Osaze De Rosario, who signed with York United earlier this season after the the Russian invasion of Ukraine prompted an early exit with his former side. He has five goals in sixteen appearances for a beleaguered Nine Stripes team.

Both Atletico Ottawa and Pacific FC are also in need of U-21 minutes, though it’s fair to say that several sides would be keen on adding a youngster of Mataeo’s potential. As a development league, he fits the profile of players that the CPL was built to help launch upwards.

Of course, it remains to be seen whether Bunbury may remain stateside for his next steps. If he’s after an MLS contract, perhaps switching to another MLS NEXT Pro side might be a more direct route – and that’s a path that former CPL faces like Mo Farsi, Kwame Awuah, and Pa-Modou Kah have taken.