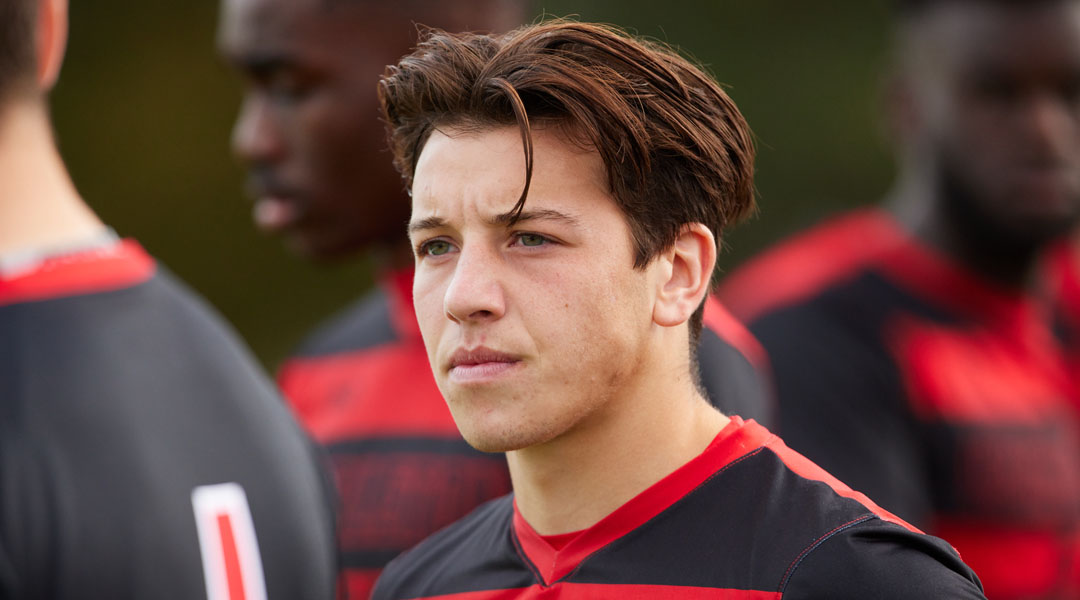 Northern Tribune has learned that former Atletico Ottawa winger Matteo de Brienne has landed in the Canadian Premier League, but not with his former side.

We’d listed Matteo as one of the top five former CPL athletes who deserved a roster spot in the league, with the prolific youngster now set for a second chance in the domestic top flight after a whirlwind year that saw him start in PLSQ with Ottawa South United, play with FC Manitoba in the summer, and finish with the Carleton Ravens in the fall, earning an OUA East Rookie of the Year award to cap off the season.

All-told, that’s not bad for a 19-year-old who rode the bench for Atletico Ottawa at The Island Games without making an appearance.

Matteo had been expected to enter the 2022 CPL-U SPORTS Draft as a favourite after his stellar rookie season with the Carleton Ravens, where he put forth a stream of goals that included an absolutely sensational volley against the York Lions:

When U SPORTS first published its list of draft-eligible athletes, we saw that Matteo was included on it, though he disappeared in an update just two minutes later. Given that the suspected first round favourite was initially set for the draft – something still listed on his agency profile – we surmised that his quick removal meant he had inked a professional deal in the CPL instead.

A trusted source was able to confirm that this return to the league comes outside of the Atletico Ottawa camp, with the expansion side not expressing any outside interest in the forward – though perhaps it had assumed that with the first overall pick in the draft, it was safe to wait.

Instead, the promising youngster has been scooped up by another CPL side that has moved quickly to sign him to a professional deal before he could feature in the draft. With the Vancouver Whitecaps youth product now set for a new chapter in the Canadian top flight, it’ll be interesting to see how he fares.

Wherever Matteo lands, one thing now appears certain: two seasons after he rode the bench in all of Atletico Ottawa’s matches without making his league debut, it looks like he’ll finally get the opportunity to prove himself this year.

With whom remains to be seen.