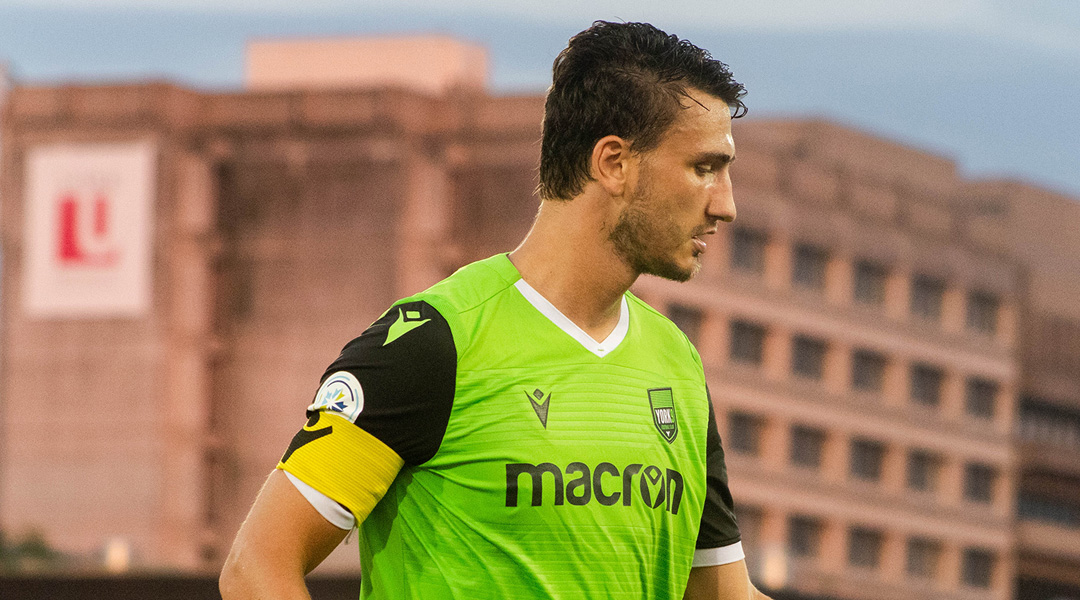 With the Canadian Premier League now several months underway, clubs have finally settled on a regular starting eleven and fans can more-or-less anticipate who the bulk of each week’s starters will be, provided the gaffer isn’t aiming to heavily rotate their squad.


The Canadian Premier League gave the North York-born defender his first-ever chance to play the professional game back home, bringing five years of action in Scotland to an end. His interceptions at the back have been a vital part of Brennan’s three-at-the-back formation, so it’s no surprise that he takes the captain’s armband when Manny Aparicio isn’t on the pitch – though the club does have five vice-captains.

The fact that Gasparotto has been wearing a wrist cast for his last few months of action is probably indicative of his drive to play at every possible moment. Nathan Ingham comes second for the Nine Stripes, having started every single match but one.


For FC Edmonton, Jeannot Esua has spent the most minutes in service on the pitch with 1,725, putting him just fifteen minutes ahead of a three-way tie with teammates Mele Temguia, Ramon Soria, and Connor James.

Terran Campbell leads the minute count over on the west coast, with the Pacific FC striker putting in 1,660 minutes and scoring ten goals to lead the golden boot race. Louis Beland-Goyette leads Valour FC with 1,656, though Bustos is a close second on the squad with 1,619.


Over at the hammer, Daniel Krutzen leads Forge FC with 1,571 minutes. Marco Carducci – who was recently called up to the Canadian national team – leads Cavalry FC with 1,530.

It was no secret that Peter Schaale leaving the Halifax Wanderers to return to Cape Breton University was a blow for the east coast club, but that becomes even more apparent when one sees that he’s still the minute leader for the Wanderers with 1,530 on the clock. Andre Bona comes second with 1,513.


Given the congested travel schedule, how much distance players have to cover, and how much game time is spent on turf pitches, injuries are expected to happen. Gasparotto’s 100% appearance rate certainly isn’t the norm, but it’s interesting to see that the league has one player left who has taken part of every minute of action for his club, especially since on some occasions there were only three days between games.

It’ll be interesting to see where every player stacks up at the end of the season. At the opposite end of the rankings, players like Colm Vance and recently-capped Somalian international Abd-El-Aziz Yousef have yet to register their first minute of CPL action.