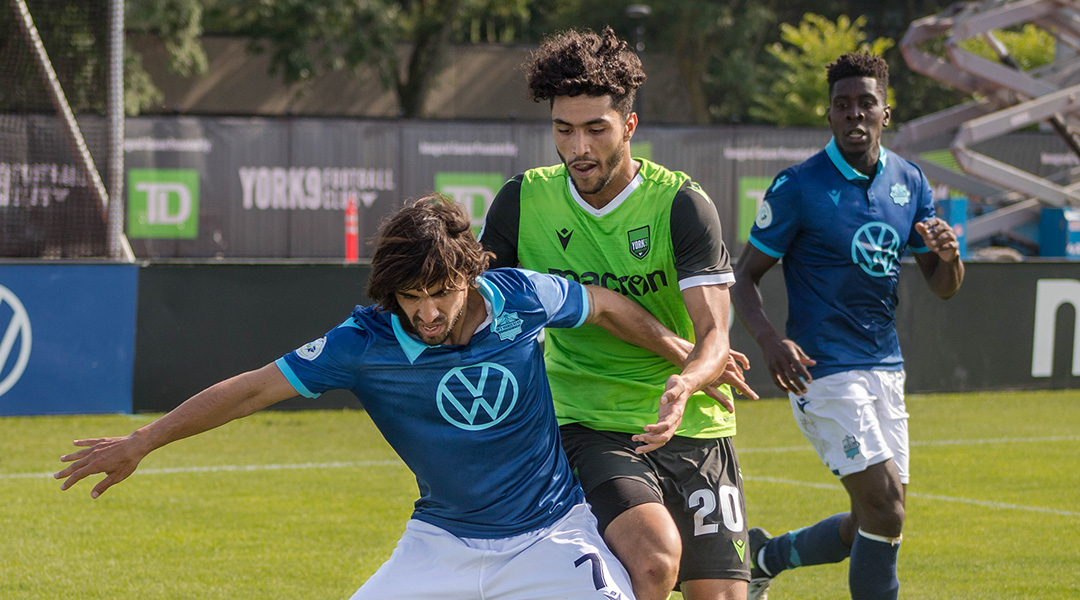 If it hadn’t been for the COVID-19 pandemic, the Canadian Premier League would have been well over a month into its second-ever season already, with an eighth team providing a more balanced schedule for the domestic league’s present campaign. Instead, players are training by themselves at home, waiting to hear what the league can salvage from a 2020 season drastically impacted by the pandemic.

Beyond the mental toll and a lack of match sharpness, both players and staff have endured salary deferrals and cutbacks imposed by the league office to avoid layoffs as league finances take a drastic hit from the postponed season. CPL Commissioner David Clanachan has assured fans that Canada’s only domestic professional football league would still be standing when the pandemic is over, with the league actively looking into alternate scenarios for how the 2020 season could play out.


According to prominent Canadian soccer reporter Duane Rollins, the CPL appears to be targeting a July return to action with the obvious caveat that public health authorities still have to give such an idea the green light. As with all of the re-opening plans around Canada, these timelines are subject to change depending on the number of active cases, with each province taking their own individual measures to balance an economic recovery with the safe, graduated resumption of activities.

Persistent rumours have indicated that the Canadian Premier League is considering flying all of the clubs into one province to play out the modified season, and sources league-wide have acknowledged the very real possibility of a two-to-three month modified CPL season hosted by an as-yet-unknown province. Both British Columbia and Saskatchewan have been more prominently mentioned, but at the time of writing no location for this plan is set in stone. For what it’s worth, our sources have indicated that this single-province method is the most likely outcome.

Northern Tribune has also received communications that suggest plans for a modified season are at least nearing internal readiness – as Rollins indicated – with some communications within clubs showing that players are now expecting individual training to start within the next two weeks, with a 2-3 month-long season to follow at an unclear point after this. With only a few months of reliably good weather on the horizon, it’s a very real possibility that the the season takes on a modified tournament format in order to have the standings sorted out by the time summer comes to an end.

After hosting a two-legged final in its inaugural campaign, the league had recently announced a switch to a three-team playoff format for the North Star Shield. In the context of a potential tournament-style season as opposed to a full 28-match schedule, this structure may be subject to change as well. Then again, the CPL has stated that playoffs bring eyes to the young league, and in an unprecedented time when teams will be expected to play in empty stadiums, keeping playoffs in the mix may prove a necessity to drive sales in lieu of typical matchday revenues.


Club rosters appear fairly complete, but there are exceptions in Valour FC, Forge FC, and Atletico Ottawa, so June could be a busy month of signings in the event that the CPL is able to sort out a July start for the league. Valour FC gaffer Rob Gale has already revealed that he’s signed a number of as-yet-undisclosed players, while Forge FC has kept fairly quiet and Atletico Ottawa has seen its inaugural roster rise to just fourteen players at the present.

Prior to the pandemic, OneSoccer had been publicly courting the idea of establishing its own television channel, while Clanachan had indicated that local television deals were in the works to bring more eyes to the Canadian Premier League. Given how quiet both parties have been regarding these developments, it appears the pandemic may have curtailed such growth – though Clanachan recently indicated that expansion talks with investors has persisted despite the present circumstances.

Travel limits may also impede rosters at the present: not every player signed to a Canadian Premier League side had been able to sort out their visas ahead of the border closure, which leaves a room of uncertainty over whether these players would be able to travel to Canada in order to participate in any kind of modified season.

Whatever happens, the season will need to be done in a manner which conforms to public health requirements and with the priority of player safety at the top. How professional sports fit in to an active pandemic situation is a complicated problem for which there is no perfect solution, and the success (or failure) of the restarted Bundesliga, K-League, and other sporting leagues will provide a dynamic blueprint for the CPL to follow.

Whether the 2020 Canadian Premier League season is ultimately able to start in July or not remains to be seen, but the Canadian Premier League appears keen to work on a variety of possible options to ensure that a season ultimately gets to take place, so long as it’s safe to do so. While Rollins expects further information to come out later on today, the broad strokes of the league’s rumoured plans indicate that there is, at least, light at the end of the tunnel.