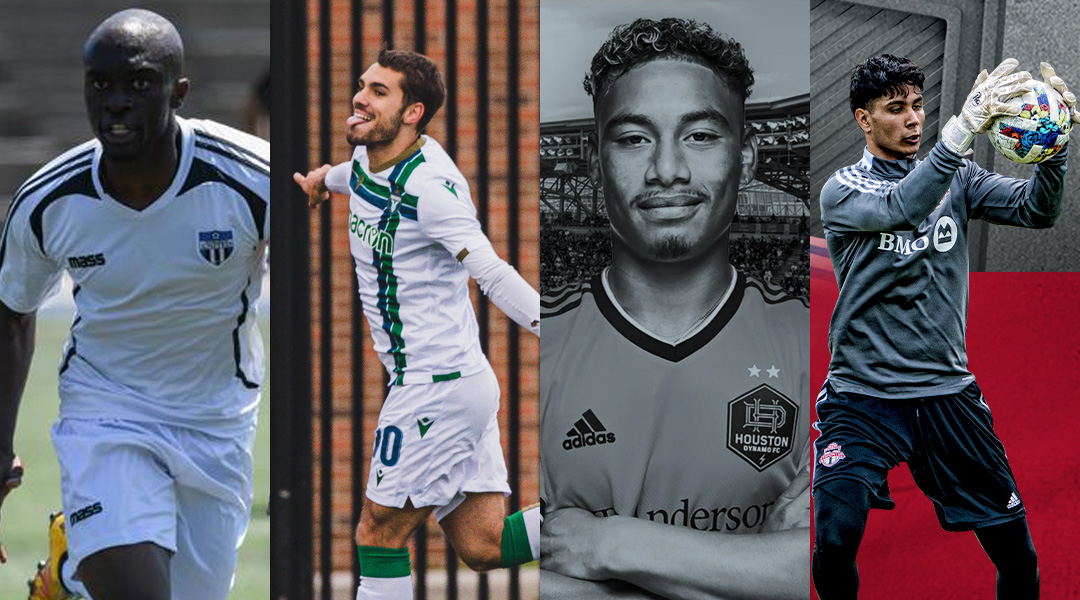 There’s been a lot of movement involving Canadian Premier League talent in the last few days, so we wanted to take a look at where former CPL players are ending up – along with an update on some draft picks and a few inbound young faces, too.

Without further ado, let’s get into it:

Former York United winger Jordan Faria has landed in Finland with Musan Salama, who kicked off their third division campaign with a 4-0 win following his arrival. The Brampton-born midfielder made thirteen appearances for the Nine Stripes after arriving as a summertime reinforcement, departing with one goal and one assist to his name after the club passed over his contract option.

The 21-year-old will now be tasked to perform as both a winger and attacking midfielder for MuSa, and it’ll be interesting to see how the former Toronto FC II prospect performs as he plays abroad for the first time. Having once been a Canada U-17 prospect, Faria now finds himself in the midst of an early career reset.

23-year-old defender Myles Cornwall was recruited as a midseason reinforcement for Atletico Ottawa last summer, picking up two appearances while the capital city club dealt with an injury crisis. He arrived with a healthy mix of semi-pro and university experience, having played for League1 Ontario side Ottawa South United before netting an impressive 22 goals in 72 appearances for Walsh University – though at the pro level, he featured as a left-back rather than a winger.

His new USL2 side has plans to become a USL1 team next season, offering Cornwall another opportunity to reach professional heights. It’s a side that hasn’t been afraid to offer Canadians opportunity before, with last season’s roster including Cuba Grant and Luka Glusevic, too.

While Roberto Avila’s time with FC Edmonton last year was short, the 21-year-old impressed in the six appearances he made before he was ultimately recalled by Austin Bold. He’s reaching new heights while back south of the border, now making history as the first player to sign an MLS contract after competing in MLS NEXT Pro.

“Beto’s signing is a historic moment for the club,” said Dynamo general manager and former Canadian national team goalkeeper Pat Onstad. “We launched our MLS NEXT Pro team to provide more professional opportunity for talented young players in Houston and around the country.”

The forward had actually played with the first team following a short term loan in April, where he made his Dynamo debut in a 2-1 cup win over Rio Grande Valley and provided an assist on the night. He also made history by scoring the first MLS NEXT Pro hat trick, and has clearly grown to be a standout performer with a high ceiling ahead of him.

While it looked like Baj Maan was set for a third season with Forge FC after cracking the club’s Champions League roster, the 21-year-old has just inked a deal with MLS NEXT Pro side Toronto FC II instead.

Maan made six appearances for the hammer last year, earning three clean sheets along the way. He’d earned his professional debut at 2020’s Island Games, having first arrived to Forge as an emergency backup in 2019. The Sigma FC product now will play alongside a growing number of CPL talents at Toronto FC II, including Daniel Gogarty, Stefan Karajovanovic, and another former hammer in Klaidi Cela.

In a small world moment, his return to Forge in 2020 was prompted by the departure of David Monsalve, who will now be coaching him at Toronto FC II.

“Baj is a hardworking professional who has been great to work with and has pushed everyone to be better since he’s been with us,” said Monsalve. “He brings professional experience to the group and we will be looking at him to be a leader that continues to raise the bar daily.”

There are plenty of CPL-U SPORTS Draft picks that are beginning to land elsewhere, too.

Cavalry had selected left-back Ethan Keen in last year’s CPL-U SPORTS Draft, with the youngster also reportedly featuring in the club’s Mexico-based preseason camp this year. Having not locked in a spot at the pro level, it has now been confirmed that Keen will return to the Calgary Foothills this summer, where he’ll participate in a showcase tournament that might prove a prelude to an entirely new domestic semi-pro league next year.

Former Manchester United and Liverpool youth prospect Charlie Waters has landed with Rivers FC, where he’ll play alongside Jose Hernandez. and Jan Perritas Glasmacher. Having been an expected first round pick in multiple CPL-U SPORTS Drafts, he’ll be one to watch in the new BC-based semi-professional league – especially given how prolific he’s been with a Cape Breton Capers side that has produced several professionals already.

Rounding up the bunch is 2021 U SPORTS Rookie of the Year Christian Rossi, who was selected by York United as first round pick this year. His trial came and went without a contract offer, with the youngster now returning closer to home. Having contributed five goals and one assist in his rookie Trinity Spartans campaign last season, he’s now signed with the university’s affiliate League1 BC side, Unity FC.

Some Inbound Youth Talent, Too

That isn’t to say that there haven’t been any faces quietly showing up rather than landing elsewhere: this week saw young goalkeeper Joseph Holliday mark his return to FC Edmonton, signing a U-18 developmental contract which will allow him to make a maximum of six appearances this year. Having developed with the now-defunct FC Edmonton Academy since the year of twelve, he’s been training with the side throughout its roster rebuild, now arriving as a third option behind Andreas Vaikla and Darlington Murasiranwa.

A much depleted York United bench also saw two surprise additions last night, with local talent Soji Olatoye arriving after having been selected by the Nine Stripes in the CPL-U SPORTS Draft. The former Sigma Academy product spent the last two years developing under Carmine Isacco with the York Lions, having previously led the goalscoring charts at La Salle University.

The club also brought in U-18 Dante Lomangino, who has recently been training with the club. The teenager had developed at one point with the TFC Academy but spent the last few years with Glen Shields, and at one point had picked up interest from the Chievo Verona academy.