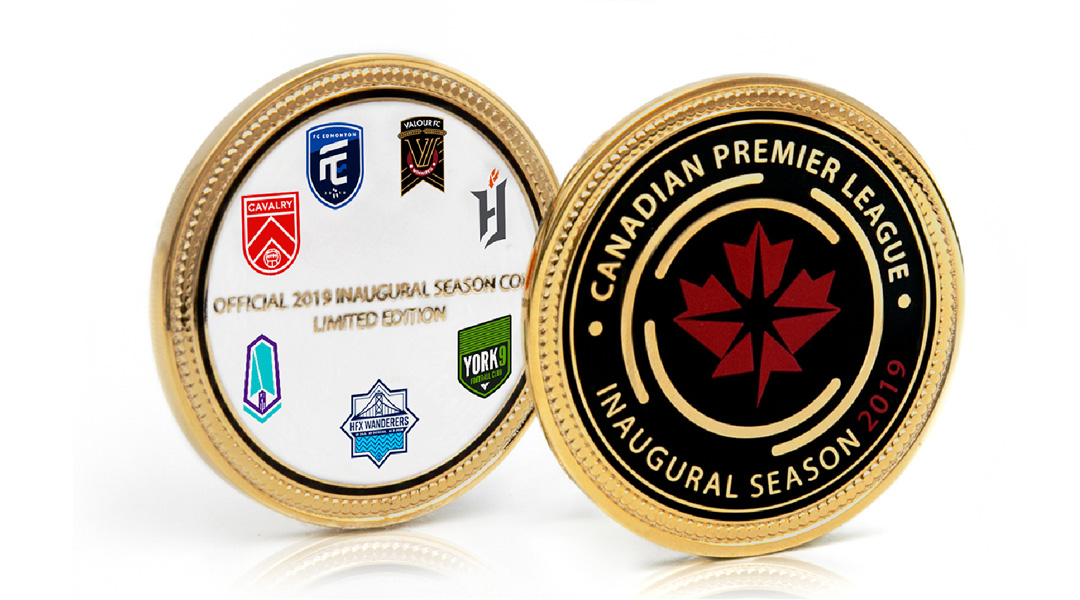 To commemorate its inaugural season, the Canadian Premier League is about to make a great keepsake available to one hundred lucky fans: the official league coin. Only one hundred of these coins have been produced, meaning it’s not going to be easy for interested fans to get their hands on the official memento.

Instead of selling the official league coin on a first-come, first-serve basis, the Canadian Premier League is using a lottery system to ensure that fans have an equal-opportunity to purchase one of the coins, which will retail for $39.99 CAD each.


To enter this lottery system, fans will need to log on to the Centre Circle mobile application and register for a lottery system that will open on Friday, August 2 at 11:00AM EST. The lottery registration will close on August 6 at 11:59PM, at which point the Canadian Premier League will contact 100 random winners with a link to confirm the purchase. The selected fans will then have a 48 hour period to place the order. If they don’t, the opportunity to purchase the commemorative coin will be passed on to another lottery registrant.

The commemorative coin comes in a nice case, which we did a rather lackluster job of trying to extract in Photoshop below:

The sharp-looking coin is gold and black, with one side sporting a red Canadian Premier League logo and the flip side hosting the crests of all seven founding Canadian Premier League clubs. Should the league expand in 2020 as David Clanachan hopes it does, it might get hard to fit all the club logos on the coin’s surface next year.

Fans who log on to the Centre Circle application during the lottery will also be able to enter a separate contest to win one of the commemorative coins at no cost, with the bonus that they’ll be able to participate in a pre-match coin toss at a home match for all seven CPL clubs.

Eagle-eyed fans may recognize that the commemorative coin is the exact same one already used by CSA referees during Canadian Premier League matches:

The coin toss at the beginning of each match determines which team gets to decide which goal it will attack in the first half. The practice didn’t always involve picking a side to start on: when the rules of the game were first written in 1863, the winner of the coin toss simply decided who kicked off.

With only one hundred coins being sold in the form of a random lottery, it’ll be interesting to see how many fans try to get a collectible piece of league history. The league marked its inaugural match by giving away small commemorative soccer balls, but the official league coin is simply on another level in terms of collectibles.