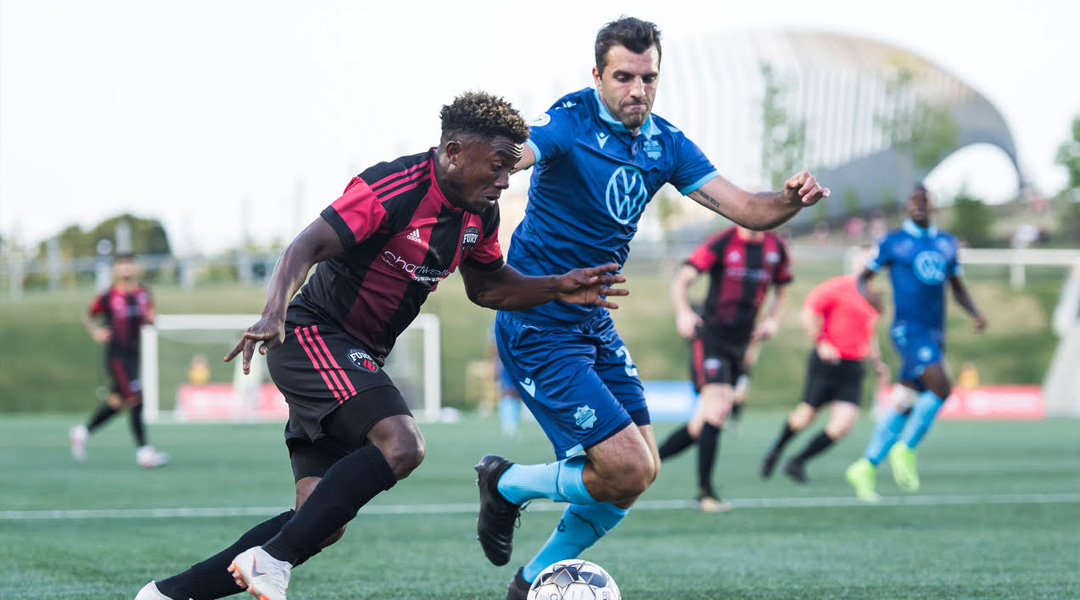 This week, Canadian Premier League commissioner David Clanachan made waves when he stated that the burgeoning domestic league needed to be in Ottawa, and reiterated that the proverbial ball was in the Ottawa Fury’s court for the time being. The USL-based club had been widely expected to jump over to the Canadian Premier League for its inaugural season, but its ownership group decided to stay in the USL rather than jumping into a comparatively unknown business venture.

The Ottawa Fury just went toe-to-toe with the Halifax Wanderers in Canadian Championship action, coming out ahead with a 5-4 aggregate victory and securing itself a spot in the semi-finals against Toronto FC. The recent run-in against CPL opposition sparked renewed vigor into the ‘CPL-and-Fury’ debate online.

The Ottawa-based club is in fine league form right now, putting together plenty of wins and and consistently performing well on the pitch. So, that got us thinking: how does the Fury’s home attendance compare with that of CPL clubs?

As it turns out, the Ottawa Fury is right in the middle of the pack: with an average of 4,502 fans arriving at the 24,000-capacity TC Place Stadium for each home game, the USL club has a fairly healthy attendance rate that puts it in fourth place when directly compared to all seven CPL clubs. Last season, it finished with an average attendance of 4,618.

Should the Ottawa Fury continue its fine league form, we expect that attendance figure will only go up – though games against MLS Reserve teams like Loudoun United or Atlanta United 2 will probably prompt some spurts of under-average attendance. For its part, the CPL assured fans prior to its launch that it would never become a league of reserve teams for other clubs, and so far it has stayed true to that mission statement.


When Forge FC co-founder Bob Young began developing plans to launch the Canadian Premier League, he believed that natural rivalries were a key component to the league’s success. Given that the short history between the Ottawa Fury and the CPL has already blossomed into an ‘us versus them’ mentality for fans – and the fact that multiple ownership groups are looking at establishing Canadian Premier League clubs in the Montreal area – there would certainly be rivalries aplenty if the Fury found itself in the CPL. Even without joining, it’s already there.

Still, it would be no small task for the capital’s club to switch leagues, especially considering that if it would need to eventually adhere to completely different roster rules: the Canadian Premier League currently only allows for a 23-man roster with a maximum of seven internationals. As things stand right now, the Fury would exceed the roster limitations while simultaneously having too many internationals.

To ease this transition, Clanachan had previously stated that he was open to making an Ottawa Fury-only exception to the league’s rules:

As for a transition to the Canadian Premier League, we were quite willing to adapt in a number of areas, because we recognized the fact that they were an existing team playing in the USL this year, under different circumstances. We were prepared to accommodate them, specifically around details like players, soccer operations, and player salaries. We had actually offered to have them operate under the exact same circumstances as they are now.

This creates an unfair situation for the other CPL clubs, so it’s likely only a temporary arrangement to give the Fury time to adjust – or, perhaps, to give the league time to catch up in terms of salary allowance. It’s not currently known if that offer is still on the table. For now, the league’s salary cap – along with financial details pertaining to player contracts – is still a mystery, though it’s evidently less than the USL.

Beyond that, there’s no saying that the Canadian Premier League will always have a 23-man roster cap and stick with its current salary limits. As the league grows, gets more sponsorship revenue, and builds a proven track record of stability, the league will almost certainly change both its salary and roster limitations in the future.

This growth and stability brings inherent value, too, so it also means that ownership groups joining at a later date will pay more to join in the future than if they had jumped into the inaugural season.


Increasing the roster cap sooner rather than later might not be a bad idea, considering that both Forge FC and FC Edmonton have already needed to keep a roster slot open to offer one-match contracts to temporary backup goalkeepers like Chris Ezoua and Baj Maan. Due to the nature of these short-term contracts, the clubs weren’t required to announce these player additions (and subsequent departures) from their respective CPL rosters.

For now, public talks of this potential league change is mostly conjecture and speculation. The Ottawa Fury is doing fine in the USL Championship, putting together good results, giving Canadian players playing time in a professional environment, and getting a good amount of fans in seats. Still, others like Carmine Isacco believe the club could be doing more to nurture young domestic talent.

Given that CONCACAF has already toyed with the idea of removing sanctioning for the Ottawa Fury to play in a foreign league earlier this year, there’s no telling what the Fury’s future holds – but one thing that appears certain is that the club’s fanbase will stick by the club either way.


Recently, the FC Edmonton ownership group revealed that it was much less expensive operating in a Canadian league than the US-based league it had played in previously, which could provide further incentive for Ottawa Fury to consider switching its league allegiance – though there are plenty of more cards in play behind the scenes. Running a professional sports club is a large investment, so a decision with such large ramifications will take time and careful consideration – assuming that CONCACAF leaves the club free to choose.

The CSA, for its part, had no problem with sanctioning the Fury to play in USL this year and had done so without any drama.