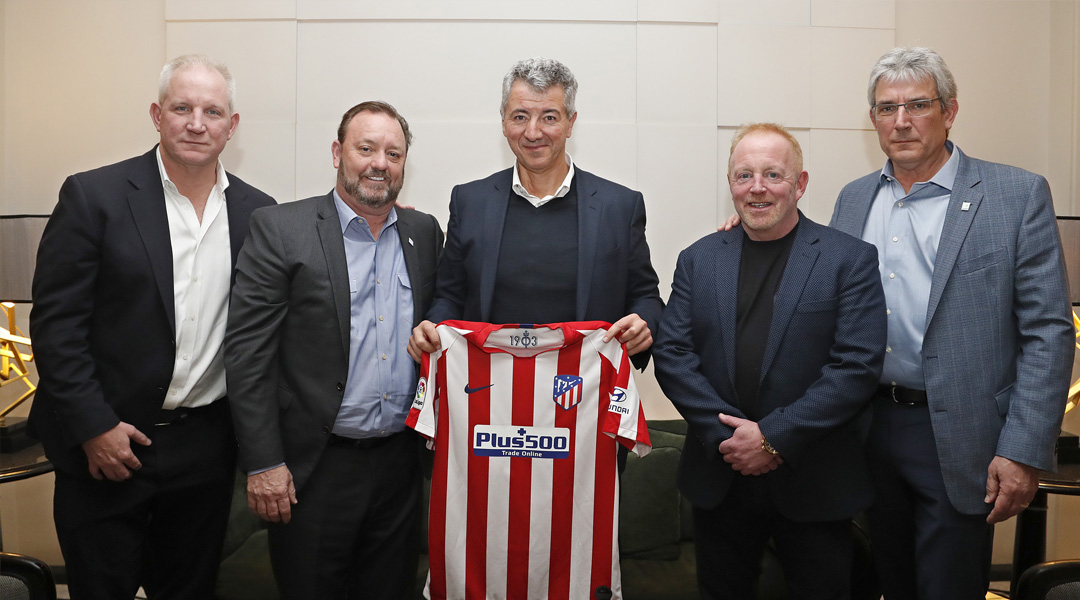 This article is breaking news and subject to change.

Today is the day: the Canadian Premier League has revealed Ottawa as its first-ever expansion club.

The league has made the official announcement just one day after releasing a short teaser video that celebrated a then-unknown eighth team joining the league.

After rumours broke out about Atletico Madrid backing an expansion bid in the nation’s capital last week things have evidently progressed quickly, with the La Liga giant now being confirmed as the investor behind the brand new professional soccer team.

The new team will kick off in April 2020 at TD Place, the stadium in which the Ottawa Fury called home before the USL side was shuttered by OSEG. Canadian soccer fans can already place deposits for season tickets for the new expansion side.

We are thrilled to welcome Ottawa as the Canadian Premier League’s 8th Club and Club Atletico de Madrid as our newest owners of the Ottawa club. We are very excited to launch the club with one of the world’s most iconic and successful soccer brands and look forward to them taking to the pitch for the 2020 CPL season.

The deal to make the league’s first-ever expansion club was fast-tracked thanks to the assistance of local Ottawa sports entrepreneur Jeff Hunt, who reportedly flew to Spain last weekend to finalize the deal.

While Hunt has said he would be interested in a permanent role with the Ottawa-based CPL club, it is unclear who will be brought in to fill the team’s front office (or squad, for that matter).


Today’s significant announcement means that sporting fans in Ottawa will have had minimal downtime without a professional sports team in the capital: while the Ottawa Fury ceased operations in early November, it ultimately only took the Canadian Premier League a number of months to establish a presence in the city.

The venture is backed by Atetico Madrid’s leadership group, which includes the likes of President President Enrique Cerezo and CEO Miguel Angel Gil Marin, who spoke of his excitement in founding the league’s first expansion team.

We are delighted to be part of such an exciting project in an amazing country. We would like to bring our expertise to a very strong and structured league and will work together with the CPL and the rest of the clubs to contribute to the growth of Canadian soccer. We want Ottawa soccer fans to be able to feel proud of belonging to the Atletico de Madrid family so we can start sharing our values with them.

Clanachan had repeatedly stated that the Canadian Premier League absolutely needed to be in Ottawa, and now 2020 will see that dream become reality. There’s still a long way to go until the team kicks its first ball, but it’s a historic moment in Canadian soccer nonetheless.

The name of the expansion club will reportedly be in-line with the La Liga club’s branding, so fans can expect the expansion side to be named Atletico Ottawa. A full announcement for the club will take place in two weeks.