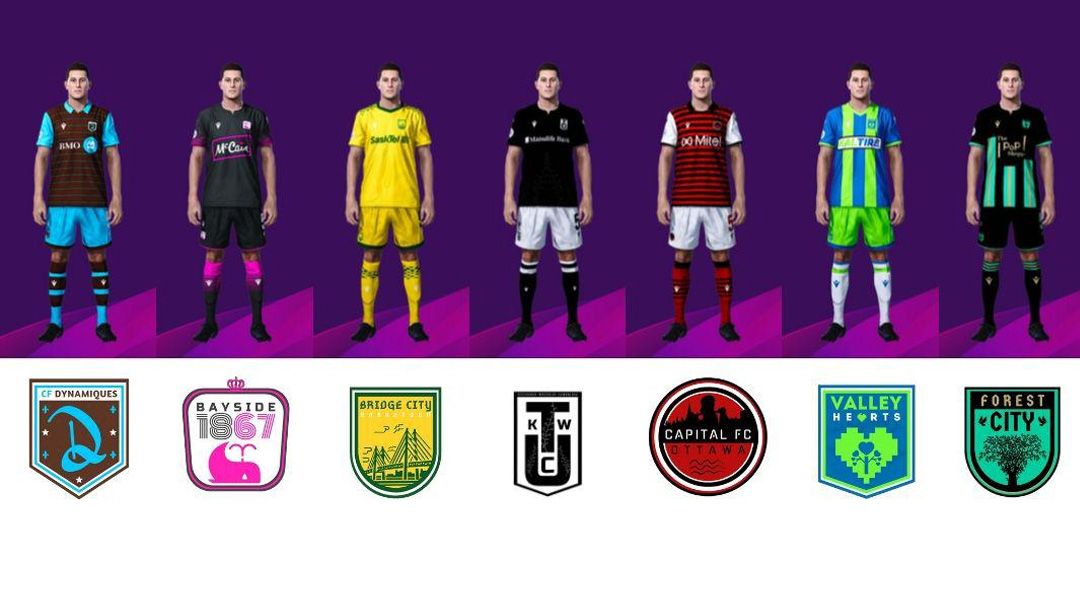 Just one week after a Canadian Premier League PES 2020 modification made waves by way of featuring all seven inaugural CPL teams with realistic rosters and details, that same intrepid modder has now provided an update that imagines the addition of seven new expansion teams.


There are some clear inspirations for some of the clubs, with Saskatoon’s Bridge City being clearly based off of Joe Belan’s proposed Saskatoon Canadian Premier League expansion club, and Ottawa’s aptly-named Capital City club boasting the same colours as the Ottawa Fury.

The seven new fictional teams offer a variety of kit designs and feature fairly realistic sponsor choices. For instance, the Saskatoon-based team has SaskTel as a sponsor, reflecting that the company has close ties with the ownership group behind the potential Saskatoon expansion club.

The colour schemes of some of these times are mightily bold, with the creator admitting that they rushed through the design process so that they could get to playing. At the present time, the creator didn’t say whether the expansion club rosters include any custom players, of which one could hypothetically still tie in some CPL-related players: for instance, Daniel Pritchard was a York9 FC CPL-U SPORTS draft pick, though he wasn’t signed and ended up playing for Joe Belan’s Saskatoon-based team instead.


This time around, the mod’s creator didn’t release a snazzy YouTube video to accompany the release, but they did make the files available to PC and PS4 PES 2020 owners here. With seven real and seven fictional teams, one can only imagine the new derbies that could arise from this fan’s vision of the future.

With FIFA 20 opting not to include the Canadian Premier League during its inaugural season, this PES 2020 modification is currently the only way fans can digitally control their favourite CPL players on the pitch, though a fantastic Football Manager modification is available for the spreadsheet lovers, too.