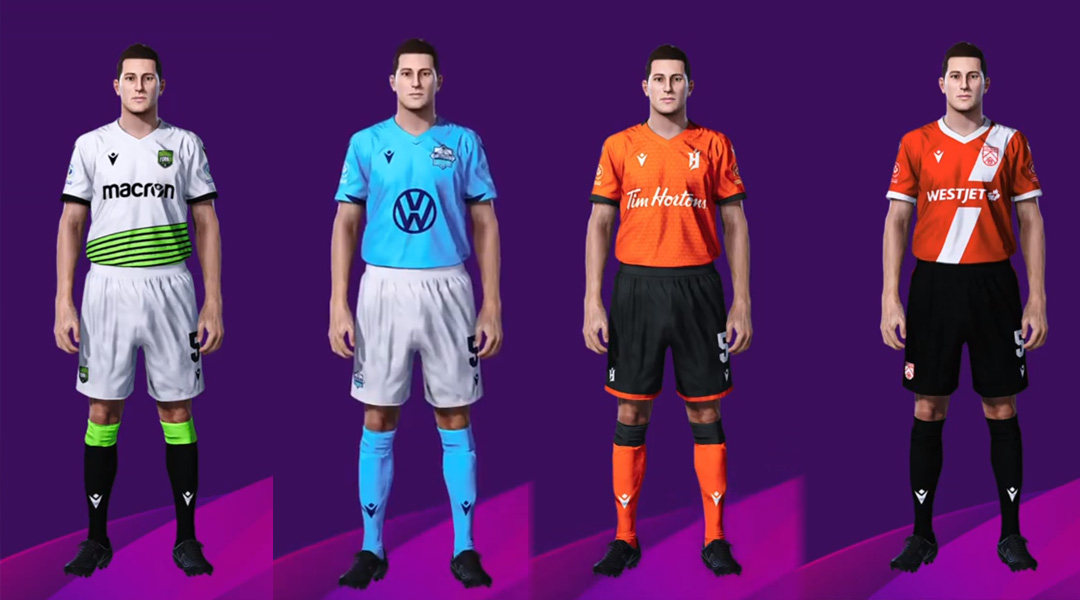 Pro Evolution Soccer 2020 may have just launched on September 10th, but the demo for the game has been out for over a month. Unlike the FIFA demo from EA Sports, the PES 2020 demo lets gamers do more than just a basic matchup: it lets players toy with the franchise’s fairly in-depth edit mode to create custom clubs.


They aren’t perfect recreations of the kits, of course, but given that there’s no alternative way for fans to control Canadian Premier League players on a digital pitch, we’ll take what we can get. Here’s a quick look at what Forge FC and Pacific FC look like in the fan’s PES 2020 edit:

When we last spoke to FIFA creative director Matt Prior ahead of FIFA 19, he said that he wouldn’t rule out adding the Canadian Premier League so long as there was enough fan interest to warrant the production time it would take to include the newfound league. The same thoughts seem to have been echoed for FIFA 20, with CPL comissioner David Clanachan having met with the FIFA development team a bit before the league launched:

We have met with EA Sports. They were great. In fact, I actually credit that company, since EA Sports’ FIFA is based out of Burnaby, B.C., for the way the game has grown in Canada. They were very interested in the Canadian Premier League. We need to launch the league first. We have to kick a ball first.”

Now that the inaugural Canadian Premier League is in its closing stages, it’ll be interesting to see if Canada’s professional league will be included in future releases of either FIFA or PES. 2021 is expected to be a large expansion year for the league, and if that can include branching out into the digital realm it’d help expose the professional competition to a huge number of potential fans.

For now, fans will have to be content with the likes of PES 2020 fan-made modifications and the amazingly in-depth CPL Football Manager modification that has been continually updated almost a year now.

Fans interested in watching the real-life Canadian Premier League unfold will need a subscription to OneSoccer in order to catch every match, but can also find a weekly marquee matchup being aired on CBC Sports. The first year of action will conclude with a two-legged Canadian Premier League Championship held between the spring and fall season winners.