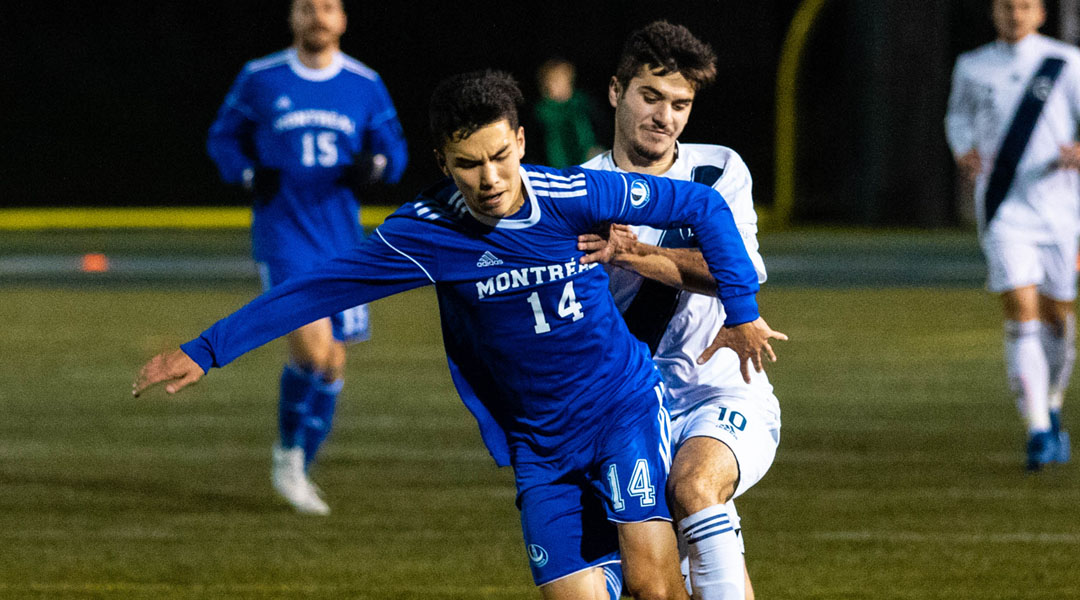 AS Blainville and Montreal Carabins midfielder Pierre Lamothe has been picked up by Montreal-based sporting agency OBELISQ ahead of a suspected jump to the Canadian Premier League.

The 23-year-old midfielder was part of the 2019 Montreal Carabins team that saw both Omar Kreim and Aboubacar Sissoko get drafted by the Halifax Wanderers. While he made the CanPL player shortlist of potential draft picks, last year’s 2019 CPL-U SPORTS Draft saw Lamothe go unselected, with the midfielder returning to the PLSQ to play for eventual winners AS Blainville.

Described by former Impact Academy director Philippe Eullaffroy as a midfielder with rich technique and solid soccer IQ, Lamothe had initially joined the MLS side’s academy system at the U-14 level when it was first founded. By the time he was 18, his final year in the academy system saw him rack up more minutes than any other player, with Montreal’s now-defunct USL affiliate FC Montreal bringing him in late into its final season following a two week trial in France with the FC Lorient reserve team.

Like many young Canadians, Lamothe also has ties to Valour FC head coach Robert Gale, who called the Quebec-born midfielder up to a U-20 development camp in 2015. Anecdotally, the last time Gale snubbed a prospect from AS Blainville they provided an assist against his club at the first opportunity.

In 2017, Lamothe found himself in the PLSQ playing with a young CS Longueuil side which he says allowed him to express himself more and, eventually, don the captain’s armband. He spent multiple seasons there while concurrently making the RSEQ all-star team with the Carabins in 2018 and 2019, and also played alongside Mohamed Farsi with the futsal teams for both CS Longueuil and 2019 Canadian Futsal Championship finalists Sporting Montreal.

He made his intentions to join the Canadian Premier League quite public this summer, and departed from CS Longueuil to join higher-profile PLSQ side AS Blainville in August. The COVID-19 pandemic led to both a delayed start and an early ending to this year’s PLSQ campaign, with Lamothe’s new side finishing top of the table after eight games played and the highest points per game (2.38). The 23-year-old played in one of the matches, but saw his 2020 PLSQ season curtailed after picking up an injury.

AS Blainville has been a great feeder club for the CPL so far, with full-backs Diyaeddine Abzi and Mohamed Farsi joining the league in 2019 and 2020 respectively, with the latter having specifically stated with confidence that ‘Lamothe could play for any team in the CPL’. Omar Kreim and Yohan Le Bourhis also spent time with the PLSQ side ahead of their jumps to professional football, too.

The Canadian Premier League would be a natural step as the 23-year-old seeks to restart the professional side of his career. As both Omar Kreim and Aboubacar Sissoko showed this season, the CPL provides opportunity for domestic products outside of the professional game who don’t fall into the U-21 age bracket.

Sissoko, 25, even trialed with the Vancouver Whitecaps ahead of the 2020 season and will be looking for similar opportunities this offseason.

OBELISQ represents some MLS talent too, with Laurent Ciman, Steeven Saba, and Sean Rea currently represented by the agency. It does not appear to represent any athletes at the semi-pro level beyond Lamothe, who appears poised to take a step up beyond such.

Whatever happens, Lamothe seems intent to ensure his next step takes place in Canada, and has publicly disclosed that he is aiming to sign for a Canadian Premier League club in the near future.