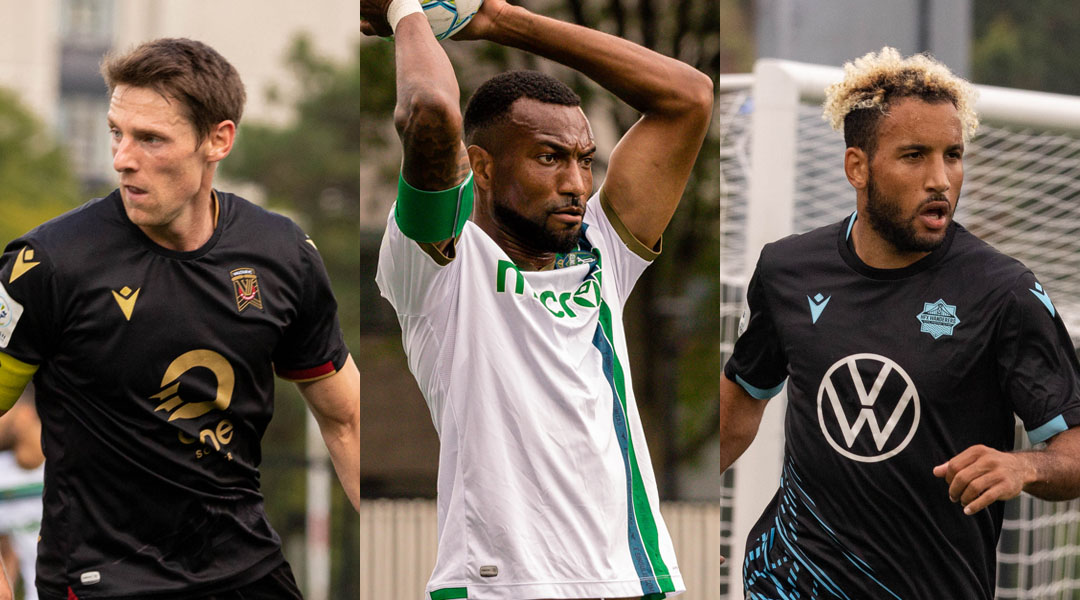 With only one playoff spot left up for grabs in the Canadian Premier League, three teams are still vying neck-and-neck to keep their dreams of lifting the North Star Shield alive.

Under the league’s previous full season format, it wouldn’t be so: the inaugural campaign saw only the top two teams reach the final, with the league using last year’s shortened bubble season to test out an expanded playoff format that, now put into practice over a full season, is paying off in dividends.

With usual suspects Cavalry and Forge having already qualified – and a dangerous-looking Pacific FC securing its own spot between the duo – the race for the fourth and final position now finds the Halifax Wanderers, York United, and Valour FC all within three points of eachother in what is proving to be a wild and dramatic end to the regular season.

The single leg format of the expanded playoff structure also keeps things interesting for those already across the finish line, with the top sides unable to ease off the gas if they hope to secure the right to play in front of a home crowd when playoffs begin.

In two years time, having the league receive two Champions League berths will further heighten the action at the north end of the table, though it’s still unclear how this second berth will be awarded: it could be awarded to the regular season champions, or it could be an additional playoff incentive.

Had the league’s playoff structure never been expanded and things were solely between the top two (or even three) teams, the remaining fixtures right now would be a fairly moot point. Instead, the closing fixtures of the CPL’s third campaign are sure to be full of popcorn-worthy action as three teams duke it out seemingly hit-for-hit as each match flies by.

The accompanying boost to fan engagement is motive aplenty for the league office, who had surely been considering changing the initial playoff structure when talk about expanding it first began after year one came to a close. Still, Commissioner David Clanachan initially distanced the league from the idea due to weather concerns if matches were played later in the fall, though the current single-leg structure negates at least some of the impact of this. A belated start to the season due to COVID evidently nullified any remaining hesitancy.

Despite those initial concerns, extending playoffs from two finalists to a four-team system has been a clear improvement. It allowed for two new postseason teams at The Island Games, and now a further two teams who have never reached postseason heights are still in the running. It’s keeping things interesting right down to the wire, and that benefits everyone.

Looking back, the inaugural Canadian Premier League season was a learning experience on many fronts, though one of the most glaring issues with the original spring and fall season format was that it could become a two-horse race. With Forge and Cavalry finding themselves some distance ahead of the rest of the pack, it detracted from the overall experience for fans of the other teams, who’s matches were now more-or-less just athletes playing for contract renewals.

For the latest two campaigns, however, that hasn’t been issue: last season saw the postseason spot battle run straight through to the end of the season, keeping more fans invested for the long run. This year’s full campaign has seen two sides bow out so far, but their matches still have big ramifications for the league as a whole. It’s just about Halloween, and we’re still talking about a domestic soccer playoff race. That’s amazing.

This year saw the CPL’s newest team, Atletico Ottawa, become the first to be eliminated just two weeks ago. The matches for them since haven’t felt meaningless, however, with the club still getting the opportunity to play spoilers against a Valour side pushing desperately to keep its own playoff hopes alive, with Mista’s side damaging York United’s own chances in a home match right afterwards.

Ottawa is set to close out its season against a Halifax side with a loosening white-knuckle grip on the final playoff spot, which puts a lot of impetus on a fixture that could have otherwise gone largely unnoticed for the neutral.

Perennial underdogs FC Edmonton were the next to fall out of the playoff race, victim of a last-gasp penalty save by hometown lad Kieran Baskett against Cavalry that pushed the east coast side firmly out of the Eddies’ reach. After a right stomping from a top-of-the-table Pacific side, FC Edmonton will need to regroup if it’s to stop Valour dead in its playoff race tracks at home this weekend: another fixture given a boon by the expanded postseason format.

With the league clarifying that its tiebreakers start with number of wins over all else, the recipe is still there for Valour – who has more wins than Halifax and York – to be a potential dark horse. With All three sides still in the running, fans are still being treated to plenty of late season drama before playoffs even begin.

At a glance, it can certainly be odd to think that half of the league’s clubs will qualify for a postseason spot. It’s a concept that might draw raised eyebrows from those accustomed to less far-reaching European playoff traditions, but they have the luxury of bigger leagues with more teams and relegation drama to keep the other end engaged, too.

Closer to home, the “American-ized” idea of a gigantic playoff structure has paid dividends for the likes of Major League Soccer and, truly, American sports in general. It’s a formula that works to add drama, excitement, and the chance of last-gasp upsets. It’s good for the neutrals, and it keeps the hardcore fans on the edge of their seats.

In a league that has done well to keep firm footing after the majority of its young life has now existed throughout a pandemic, expanded playoffs are proving to be a big net positive. I hope they’re here to stay, and I hope it keeps expanding along with the league, too.