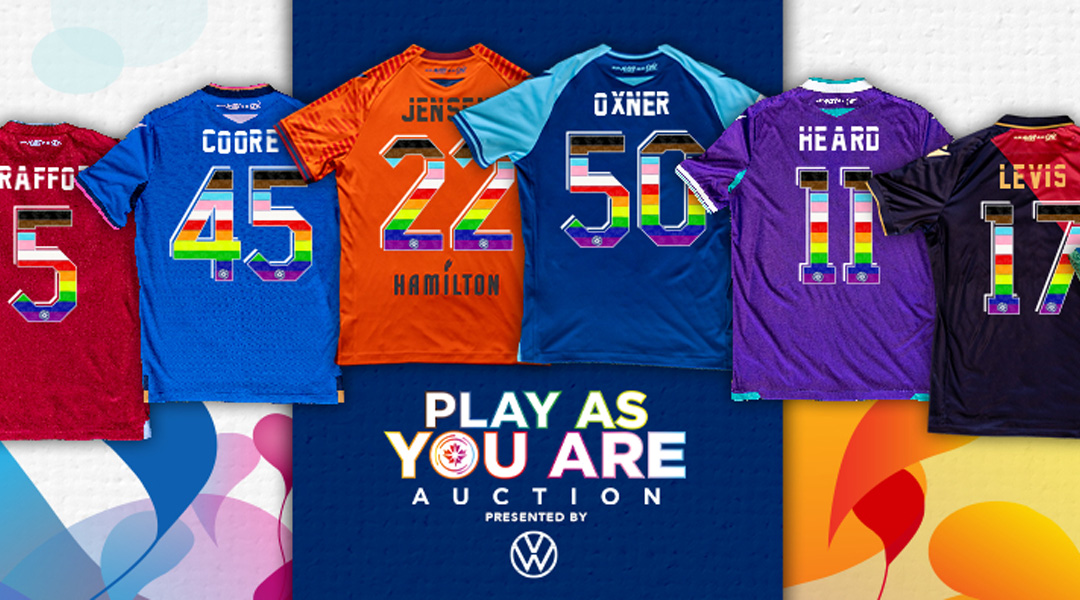 The Canadian Premier League has launched a charity auction that will see a limited number of signed, exclusive Pride kits released to the winning bidders.

The league-run initiative, presented by Volkswagen, will raise funds for the Canadian Centre for Gender and Sexual Diversity, who aim to empower gender and sexually diverse communities through education, research, and advocacy.

Each Canadian Premier League side from coast-to-coast had one player participate in the fundraiser, with each individual offering words of support on the league’s page for the event and signing a rainbow-numbered Pride kit the auction.

“Everybody deserves to be who they are. The nice thing about sports is that it allows you have these connections with players and people from all over the world, and that’s why it’s so important for people to feel included,” said Levis. “You only have one life, and you want to live it to the fullest, and you want to be yourself as much as you can – so having these different events and making sure people feel like they’re included is huge.”

“It’s a basic human right to be your true authentic self in any situation,” added Trafford. “We are fortunate as athletes that we do have a platform. Some are bigger than others, but whatever size, you can effect the people immediately around you. If you can effect a bigger circle, that’s fantastic too.”

The one-of-a-kind kits open at $110, with bids available in increments of ten. The Play As You Are auction will run from today through to Sunday, September 25, giving fans ample time to enter a bid.

With just one signed kit per team available for the auction at the time of writing, the CPL Pride kits are certainly set to be a rare and exclusive item. That goes double for Christian Oxner’s kit, as the goalkeeper appears to have signed an outfield kit instead of his usual goalkeeper garb.

The Canadian Premier League used Kambeo for a previous match-worn Remembrance Day Poppy kit auction, raising over $22,000 for the Poppy Trust Fund. That campaign was larger in that it had about 16-17 match-worn kits per team, with every single one of them generating bids on the platform.

While the Play As You Are fundraiser features a much smaller number of kits, it’s still a great opportunity for fans to get their hands on some very exclusive gear while promoting inclusivity and education.

Fans interested in checking out the Canadian Premier League’s Play As You Are auction can do so here.