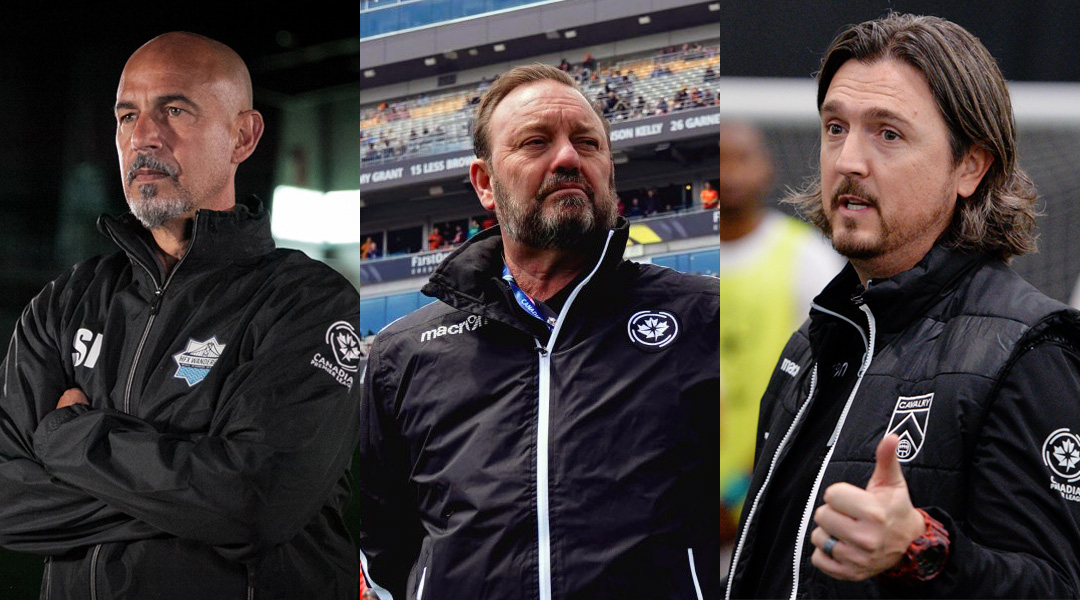 With so many Canadian Premier League officials for theCPL-U SPORTS Draft, it only makes sense that the league would organize a few events that put several key figures of Canada’s only professional domestic league in the same room and gave them a microphone.

The panel host, Arcadio Marcuzzi, used the opportunity to check in with Clanachan and ask if the long term goals he had set for the league prior to its first season still remained on the table.


Clanachan reconfirmed that he’s still aiming to have fourteen to sixteen clubs in the Canadian Premier League by the time Canada hosts a handful of World Cup games in 2026, and also broached the subject of a second division once again.

With that second division, of course, comes the long-term goal of promotion and relegation between the Canadian Premier League and an as-yet-unnamed second division that would operate at the professional level. Clanachan hopes to be in a position to strongly consider this idea as the 2026 World Cup helps boost domestic interest in the game:

Another thing that exists in this game of ours, this idea of promotion and relegation, just adds another dynamic to the whole thing. It’s very entertaining for folks, and so I think that’s a real opportunity for us. It’s a different level of football, but it’s also a feeder system as well. We need to be thinking and dreaming big, we have to have big goals here, and I think we do.

With no professional second division to be found in Canada right now, clubs are currently utilizing a variety of ‘feeder systems’: FC Edmonton has an academy, while Cavalry FC and Forge FC have utilized strong attachments with the likes of Calgary Foothills and Sigma FC, respectively. League1 Ontario has helped produce a healthy portion of the league’s first-year professionals, while Pacific FC brought in plenty of former Whitecaps Academy products.


When it comes to the idea of promotion and relegation, Cavalry FC head coach Tommy Wheeldon Jr. states that it will add to the emotions of an authentic sporting experience:

I think it excites. We have this culture here where we need a playoff to celebrate performance, but in actuality if you have promotion and relegation, if you’re in the bottom of the league, that game is just important as playing to win the league. I think promotion and relegation keeps everyone honest. It keeps coaches, players, ownerships, and fans honest. Anyone who has seen the documentary Sunderland Til I Die, that’s a great one because of how powerful and emotive it is, because essentially whether you’re religious or not, whether you’re married or not, I think you never change who you support. It’s so true. What we’re creating now is seven tribes across the country, and the supporters sections that you’re seeing, now you’ve got new tribes. We’re tribal by nature. That’s how communities are built. You attach to a tribe because you believe in that, and that’s it, and it’s binding for the rest of your life. If you have promotion and relegation, the fear in Canada and the fear in America is that suddenly it’s a loss of revenue, but actually it spikes emotion. […] I think it will test how well we want to support our teams.

When it came time for Halifax Wanderers head coach Stephen Hart to offer his opinion, the former national team coach stated that while he personally likes the idea of promotion and relegation, the concept must be approached in a slow, cautious manner:

I think you have certain traditions around the world. Promotion and relegation is normal because the fanbase and the culture is that you were born into a club. You were born into a club, that goes down, you go too. […] I think it’s something that we have to approach very, very slowly, because if you look at our neighbours, if I may, they have the MLS, and then they have the largest league in the world, which is the USL. At some point, that could grow into promotion and relegation, but I think at first – I have children – first you have to learn to creep. Then, when you begin to walk, soon you will be running. Maybe it will take a little bit of time. I like it, personally, because it has a certain amount of passion with it, but I’m not sure it’s something we could just bite off and swallow very easily.

Of course, it’s not an apples-to-apples comparison when it comes to Major League Soccer and the Canadian Premier League. When ownership groups invested in MLS, they did so on the premise that their club would always operate in USA’s tier one division. Both leagues also feature drastically different expansion fees, with the USL also hosting affiliate sides for many MLS clubs.

In the Canadian Premier League, ownership groups knew from the get-go that promotion and relegation was always a future possibility. Beyond that, they reportedly buy a stake in Canada Soccer Business itself, which would help mitigate the costs associated with relegation.


In any event, the league will need to undergo plenty of expansion before promotion and relegation is a feasible concept. It’s looking like there won’t be any new teams for 2020, but expansion into provinces like Saskatchewan and Quebec seems likely for 2021. Once the CPL grows to the point where two divisions are feasible, Clanachan has already spoken about his excitement at the smaller secondary markets such a venture could sustain, too.

5 Takeaways From The 2019 CPL-U SPORTS Draft