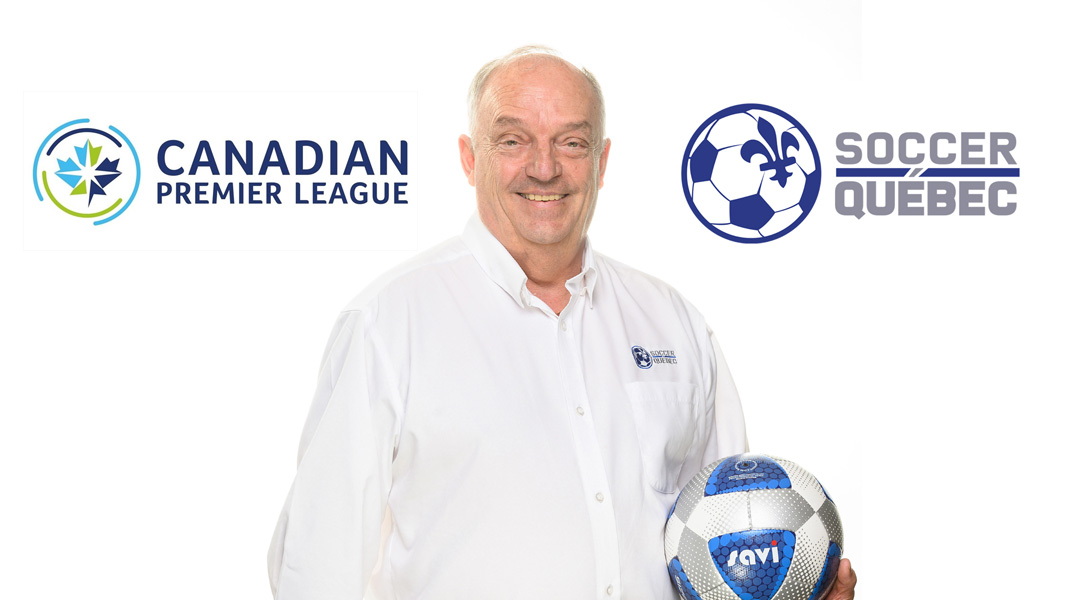 During a recent chat with Quebec Soccer Magazine, the president of the province’s soccer federation spilled some rather large news about the Canadian Premier League operating within the province: not only are discussions between Quebec Soccer and the CPL moving forward on an organizational level, but a stadium deal for a potential Quebec City CPL expansion club is reportedly near agreement, too.

The revelation from Pierre Marchand came about during discussions regarding an independent report sanctioned by his federation which returned with a list of many suggestions to improve soccer within the province. A large talking point from this report was the recommendation that the federation strengthen its ties with the Canadian Premier League, with the PLSQ suggested to undergo changes not unlike that of League1 Ontario, which was acquired by the CPL last November.

Regarding relations with the CPL, there are all kinds of possibilities. We are in discussion and they are moving forward. It is necessary to decide quickly, because we have to explain to the teams how it will work and that the new organization is on track for spring. It is certain that we will deal with the CPL in one way or another from a sporting point of view.

This ‘other way’ is likely alluding to Canadian Premier League expansion clubs establishing themselves in the province, which is a market that former Canadian international Alex Bunbury said absolutely needed to be in the Canadian league. Prior to signing an NDA, Bunbury was quite public about his ambitions to found a CPL club in Montreal.


Marchand also discussed something that Alex Bunbury laid claim to earlier this year, reporting that a serious ownership group is looking at Quebec City. The Quebec Soccer Federation president states that there are agreements being made in terms of a stadium, though he still believes it may be too late for this expansion club to arrive in time next season:

In terms of CPL team arrivals in Quebec, I was reported that a serious group was working in Quebec City and that there would be agreements at the stadium level, although I think it is already very late to consider 2020. Nevertheless, these are not my business, but that of the promoter.

The continued talks regarding both Montreal and Quebec City ought to make Forge FC owner Bob Young happy: when he helped develop the newly-founded league and researched its feasibility, he stated that rivalries were an important factor in sustaining fan interest. Should two Quebec-based teams arrive, they’d bring that in spades – and any visits across the provincial border to Ontario would surely be heated, too.


Despite the fact that the Canadian Premier League has begun publishing articles in french and OneSoccer has offered a handful of streams with french commentary, Marchand was rather frank in his opinion of the league’s marketing in La Belle province: in short, he thinks it needs work – especially in terms of french-oriented advertising.

On the side marketing is less secure. I’m not so enthusiastic as to say for the sports part. They are very English-speaking and, by one point from a marketing point of view, it’s not that obvious. There are other opportunities to look forward to, but we can’t make any announcements yet.

Should these opportunities lead the PLSQ to eventually be acquired by the Canadian Premier League, the marketing arm of the CPL could certainly step up to help the semi-professional league. At last check, OneSoccer had stated that it would begin streaming League1 Ontario matches in 2020, so it’s possible that a similar arrangement could help bring fresh eyes to the PLSQ if it were a CPL entity, too. That being said, OneSoccer had also promised to stream the L1O men’s finals, but issues regarding lighting prevented such a venture from taking place.


If a serious Quebec City ownership group is really nearing a stadium deal, this may be why Canadian Premier League commissioner David Clanachan wants to defer his talk about three potential expansion locations by until sometime after the CPL finals. A lot of progress can happen in a month’s time.

Still, Marchand is right that it would be quite late for a newly-founded club to be announced in the near future and still be ready for 2020. For example, Pacific FC was the last team announced prior to the inaugural CPL season, being unveiled a good nine months before the league kicked its first ball. Any team announced now would only have five months to prepare.


Despite the lateness of any potential club announcements, Clanachan admitted he’d still like at least one CPL expansion club for 2020. There have been plenty of ownership groups from coast-to-coast interested in the league, with the most public of them being a Saskatoon CPL bid which is aiming for a 2021 launch date. Given that Clanachan envisions a second division in the distant future, smaller markets will eventually open up, too.

Whatever may unfold for the league’s second-ever season, it looks like Quebec Soccer and the Canadian Premier League are poised to get a lot more intimate in the coming months, certainly to a larger extent than the two organizations have been in 2019.