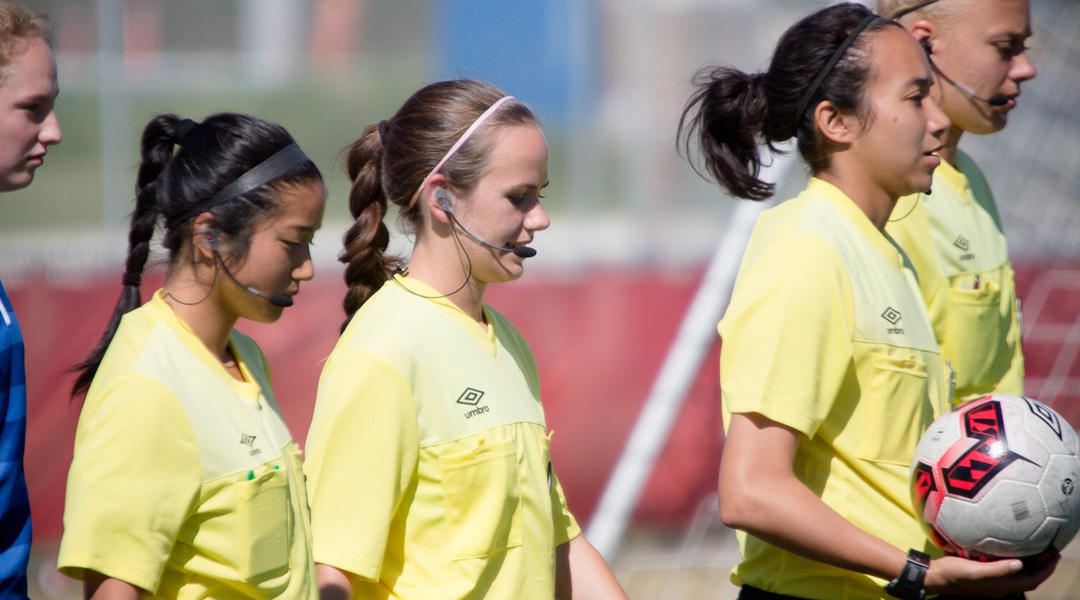 With the Canadian Premier League due to begin in just three week’s time, all seven domestic teams flew south for a league-wide preseason training camp in Punta Cana. There’s plenty of palm trees, warm weather, and a tepid sense of excitement as CPL teams get to scope out the competition in closer proximity.

It’s not just preseason to get the players up to shape, though: with over 100 extra games to take place in Canada throughout both the expanded Voyageurs Cup and the inaugural Canadian Premier League season, this is one of the first chances for a new batch of Canada Soccer referees to get in some pro game time.

This February, Canada Soccer held a preseason training camp in Florida for 56 CSA referees (including 18 NextGen referees). This is a big expansion over previous years, and one of the first signs that the Canadian Premier League – should it prove sustainable – will be bringing plenty new jobs to the football industry north of the border.

The expansion of the professional soccer landscape in Canada will provide expanded opportunities for those select referees who are charged with managing the game. With the addition of over 100 professional games to the calendar in 2019, development and appointment opportunities for the best young referee talent has also grown and Canada Soccer is pleased to be able to lead this expansion.

A selection of these referees have traveled to Punta Cana to oversee the preseason CPL fixtures, giving them valuable game time with the faces they’ll be interacting with in more hostile environments later on this year. Fans won’t get to any of this preseason action, however, as the Dominican Republic games are being filmed for club evaluation only – don’t expect any streams or highlights to come forth from official CPL channels.

With an earlier Canada-based preseason game between FC Edmonton and Cavalry FC resulting in two goals and a red card – and an intense-looking exchange between York9 and Cavalry FC yesterday – it’s looking like the Dominican Republic games will be played with plenty of heart, though only time will tell if more red cards will flourish as a result.