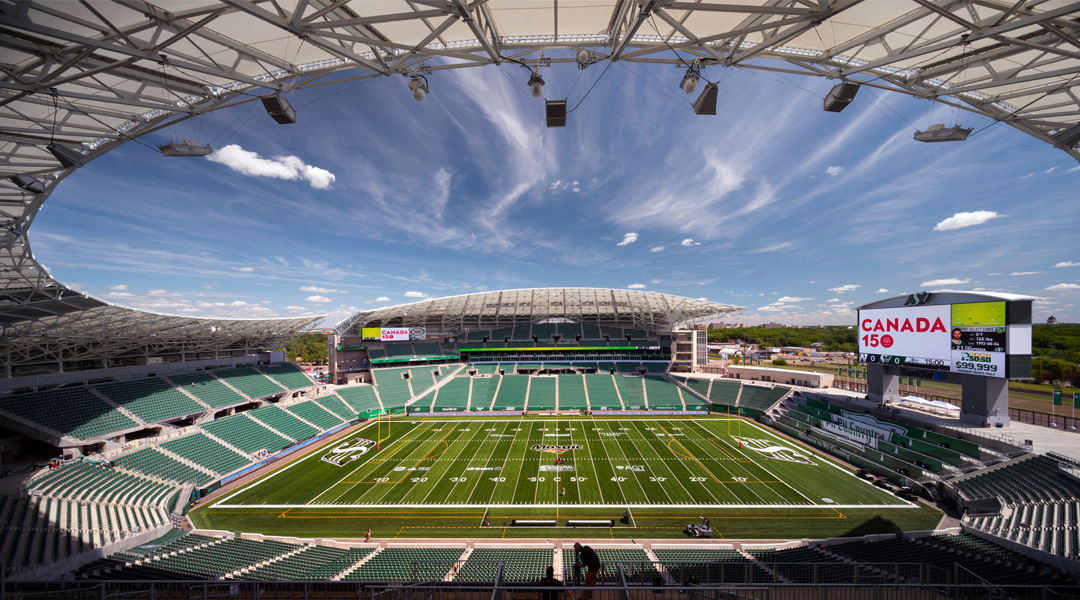 An upcoming exhibition match set to be held at Mosaic Stadium is a clear indication that prospective owners are testing the waters of professional football in Regina, Saskatchwan.

This August will see the 33,350-capacity Mosaic Stadium host a friendly match between Sunderland AFC and Toronto FC II. It’s not often an European side with a following as large as Sunderland comes to town, though Mosaic Stadium also previously hosted an exhibition match between the New York Cosmos and Spain’s Valencia CF back in 2017, drawing in some 15,000 spectators.

The Regina Leader Post confirmed that there have been talks with potential owners for a Canadian Premier League team in Regina, with Tim Reid – the CEO of this friendly’s organizer Regina Exhibition Association Limited – describing them as positive.

Of course, exclusive rights to a Canadian Premier League team in the province have already been awarded to Living Sky Sports and Entertainment, pending that group’s ability to build a soccer-specific stadium in Saskatoon. Things haven’t moved quickly over at the Prairielands location, though a press conference for an official stadium render unveiling was recently announced for June 7.

Lending further possibility for two concurrent Canadian Premier League teams operating in the province is the fact that the Saskatoon venture’s lead man, Al Simpson, envisions a future with two Saskatchewan CPL teams, describing a natural rivalry between the two cities like what fans already see in Cavalry FC and FC Edmonton.

It’s a vision that Reid was obviously keen to jump in on, hinting that it could even outpace the Saskatoon expansion if allowed to do so.

Mosaic Stadium is the obvious home ground of choice, though the CPL team would need to share the venue with the CFL’s Saskatchewan Roughriders.

There are other Canadian Premier League tables who use a CFL stadium as their home grounds – Valour and Forge both do the same – though Reid suggests that Mosaic Stadium might be a bit too large for a burgeoning team in the city. As such, he suggests that a more intimate Canadian Premier League venue might be built as a ‘stepping stone’ while the relatively young league grows its following.

“As we see young people want to embrace the sport of soccer in Canada, we also see that happening right here in Regina,” he added.

Futbol Club Regina Executive Director TJ Singh stated that there’s still plenty of work to do ahead of the event, but believes that soccer is something that Regina – which has a large immigrant population – is hungry for.

Of course, how many butts I’m seats the upcoming friendly match managed to garner is still to be determined. Sunderland are a Championship team with significant following and will be playing their U-23 roster for the match, while MLS Next Pro side Toronto FC II boasts a few former CPL talents on its own roster.

Before Saskatoon landed its own expansion bid, an ownership group led by Joe Belan ran a similar litmus test through a summertime exhibition series that proved successful in neighbouring Saskatoon.

If Regina can replicate or exceed those results, the burgeoning Canadian Premier League could have another expansion side on its hands, and one that would have a local rival in the near future.

The Canadian Premier League began with seven teams in 2019, with Ottawa joining the following year. With Langley expected to launch in 2023 and tentative expansion rights already awarded to Saskatoon and Windsor, it’ll be interesting to see if Saskatchewan bags two professional teams before Quebec gets its first.

Former Canadian Premier League analyst Steven Marc Scott named Regina as an honorable mention in his shortlist of Ten Locations For CPL Clubs, describing the city as having a smaller likelihood level for being involved in soccer culture outside the more populous provinces. As the Halifax Wanderers have shown, however, having a smaller population isn’t indicative that they can’t accrue a significant following.

Tickets for the friendly match at Mosaic Stadium will go on sale on June 3, with prices ranging from $16 to $65. Tickets will double as admission for the Queen City Exhibition that will be opening on the same day.